Birth | Most often, the need for a cesarean delivery isn't determined until after labor begins.
aaa

.I’ve had children before, so I knew exactly what to expect when the nurse handed me my pregnancy report and it read: Pregnancy +ve.

In my experience, I split the nine months of pregnancy into three trimesters. The first three months of nausea and overwhelming fatigue that made one want to sleep the days away.

Then, three months of irritability that made one snap at others like a bad-tempered barracuda. And the last three months of prowling the house at night while everyone slept the comfortable sleep.

The rush to the hospital and the beep-beep of the fetal monitor. The rows of shining, sharp surgical instruments and the pain.

Let me confess: I’m one of those human beings who can be scientifically classified as “chicken”. I need to be well anesthetized before submitting to a little drilling by a dentist…can you imagine what the process of having a baby does to me?

I’ve endured endless ribbing by friends and family over this. Someone even once told me: If you can’t stand the heat, get out of the kitchen. Simply put, if I couldn’t deal with the pain, I shouldn’t have more babies.

After hearing something as drastic as that, I was sure that this time, things would be different for me. The Qur’an considers the pain undergone by a pregnant woman as a basis for showering love and respect to mothers.

“And We have enjoined on man (to be good) to his parents: in travail upon travail did his mother bear him, and in years twain was his weaning: (hear the command), “Show gratitude to Me and to thy parents: to Me is (thy final) Goal.” (Surat Luqman 31:14).

“We have enjoined on man kindness to his parents: In pain did his mother bear him, and in pain did she give him birth. The carrying of the (child) to his weaning is (a period of) thirty months. At length, when he reaches the age of full strength and attains forty years, he says, “O my Lord! Grant me that I may be grateful for Thy favor which Thou has bestowed upon me, and upon both my parents, and that I may work righteousness such as Thou mayest approve; and be gracious to me in my issue. Truly have I turned to Thee and truly do I bow (to Thee) in Islam.” (Surat Al-Ahqaf 46:15).

In seeking a better birth experience; one in which I felt composed, confident and in-control. That’s instead of feeling at the mercy of caregivers at a hospital. I felt I was only seeking my due as a woman. Simply, Allah has equipped me with the ability to give birth. 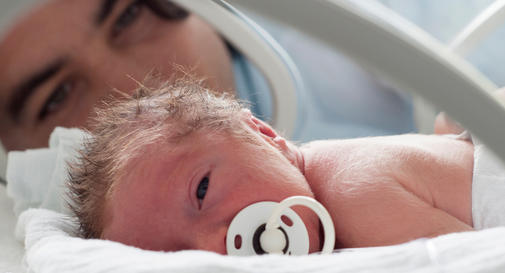 Nothing to Fear but Fear

First, i had to deal with my fear of pain. It wasn’t as irrational as I had earlier thought.

The complete medicalization and consequent mechanization of labor and childbirth in hospitals has put this morbid fear in innumerable women.

There’s even a medical term for it: tokophobia.  In severe cases, women completely deny the reproductive urge. They choose not to have a baby at all rather than go through all the childbirth’s pain.

From the arrival of a woman in labor to the hospital, to the cutting of the umbilical cord. These typical hospital procedures seem to undermine a woman’s sense of control.

True, epidural anesthesia relieves the pain. But, it also numbs the woman’s body so much that she can’t apply the muscular pressure to push the baby.

According to the World Health Organization (WHO), more than 10% of caesarean sections amounts to abuse of medical technology. Yet, more urban mothers are going under the scalpel. This occurs thanks to the restrictive hospital atmosphere and the panic it brings on.

On the other hand, Prophet Jesus’s birth was as such: “So she conceived him, and she retired with him to a remote place. And the pains of childbirth drove her to the trunk of a palm-tree: She cried (in her anguish): “Ah! would that I had died before this! would that I had been a thing forgotten and out of sight!” But (a voice) cried to her from beneath the (palm-tree): “Grieve not! for thy Lord hath provided a rivulet beneath thee; “And shake towards thyself the trunk of the palm-tree: It will let fall fresh ripe dates upon thee. “So eat and drink and cool (thine) eye. And if thou dost see any man, say, ‘I have vowed a fast to Allah, Most Gracious, and this day will I enter into not talk with any human being'” (Surat Maryam 19:22-29).

Allah has favored Maryam (PBUH) above all the women of her time. Yet, she suffered from childbirth pains just like any other woman. With Allah’s guidance she bore her pain with patience and prayer.

As the Qur’an says: “Nay, seek Allah’s help with patient perseverance and prayer: It is indeed hard, except to those who bring a lowly spirit,” (Surat Al-Baqarah 2:45).

Pain is inescapable in childbirth. However, how one deals with that pain is what makes the difference. I found it interesting to compare the efforts of doctors trying to help women give birth naturally and the tips offered by experienced women who had been-there before.

In the early 1900’s, Dr. Grantley Dick-Read guided one of his patients through labor. The process appeared relatively painless. That was mainly by encouraging her to relax and by following her lead instead of telling her what to do.

When he was able to repeat similar experiences with other patients, he began questioning the prevalent concepts of birthing.

He concluded that what made some labors “painless” and “easy” was the absence of fear.  This started the mental fear—muscular tension—more pain cycle theory, which since has been clinically proven many times over.

In the 1940’s Dr. Robert Bradley, a natural childbirth proponent, also came to the same conclusion and pioneered the husband-coached childbirth classes.

He found that 90% of his patients were able to give birth without drugs or medical intervention simply by involving the husband as a “coach” instead of letting the woman take orders from a caregiver and a form of mild hypnosis or “deep relaxation”.

During the 1950’s, Dr. Ferdinand Lamaze documented the essential components for a comfortable birth by a method called “psychoprophylaxis” or ‘mind prevention’. The idea was the same: to control the body’s responses by getting the mind to relax.

In the 1970s, Dr. Herbert Benson studied the ‘relaxation response’.

He found that in a relaxed state, the body had a particular physiological response and brainwave pattern.

What’s interesting is that this pattern was the same in different states like hypnosis, meditation and …prayer.

Dr. Benson’s contention was that by interrupting the mental fear—muscular tension—more pain cycle and preventing the woman from developing a “flight or fight response”, she could have an easier childbirth. Helpful factors that relax a woman during labor includes a comfortable environment perceived as safe and familiar.

Primitive societies had a “birthing hut” or a “birthing room” in the house. In this room, a woman would give birth among midwives and women from her own community.

The woman would have seen the hut/room many times in her life. She would be reassured by the presence of so many familiar caregivers, lulling her mind and body into a relaxed state. In this state, the body releases “feel-good” chemicals called endorphins. These substances lessen the pain.

In contrast, the rush to a hospital as soon as labor begins automatically activates the woman’s limbic system — the primitive part of the brain that controls childbirth and other involuntary functions.

The sight of strangers –doctors, hospital staff and caregivers, the bright lights and unfamiliar sounds, smells and surgical instruments cause an adrenaline rush, which acts as a signal for the body to ‘fight or flee’.

One way to deal with this is to have a written birth plan that you can discuss with your doctor/nurse/midwife in antenatal checkups and visits. It’s a good idea to familiarize oneself with the labor room and nursery, ask questions about typical pre-birth procedures and to be mentally and physically prepared.

Women are also advised to “create a cocoon” – a private space within an institutional setting where a woman can retreat mentally even if her surroundings may be distressing or disruptive.

Doctors say one way to do this is to have a mental device— a particular sound or word, a fixed gaze or focus on breathing – which requires enough concentration to wean one’s mind off the pain. Amazingly, that’s almost exactly what seasoned old mothers say!

You can recite prayers from the Qur’an or hadith during labor. Cementing this belief is the saying of the Prophet (PBUH) that a believer is compensated for every little hurt — even a cut to his/her finger — by expiation of his sins.

Abu Sa’id al-Khudri reported that the Prophet said: “Whenever a Muslim is afflicted with a hardship, sickness, sadness, worry, harm, or depression –even a thorn’s prick, Allah expiates his sins because of it.” (Sahih Bukhari).

And “Expect good, because Allah makes a believer’s sickness an expiation (for his sins) and a period of repose”. The intense pain of childbirth is an expiation and a means of earning extra rewards.

According to another hadith, a woman who dies in childbirth is considered among the seven categories of martyrs who don’t die on the battleground, but due to other painful afflictions.

While considering natural childbirth as the most viable option for a woman, one mustn’t overlook the benefits of obstetrical medicine especially in case of a high-risk pregnancy, health complications or unforeseen emergencies, since Imam Ahmad narrated, “The worshippers of Allah use treatments (for their diseases).”

Narrated Jabir ibn Abdullah RA, The Prophet SAW said: “There is a remedy for every malady, and when the remedy is applied to the disease it is cured with the permission of Allah, the Exalted and Glorious.” (Sahih Bukhari).

Yahya related to me from Malik from Zayd ibn Aslam that a man received a wound in the time of the Prophet (PBUH), the blood clotted in the wound and the man called two men from the Banu Ammar tribe. They looked at it and claimed that the Messenger of Allah (PBUH) said to them, “Which of you is the better doctor?” They said, “Is there any good in medicine, Messenger of Allah?” Zayd claimed that the Prophet said, “The one who sent down the disease sent down the remedy.” (Hadith Muwatta).

Muslim women must realize that there is no weakness of belief in availing of medical and interventional benefits since Allah has guided us to ease instead of hardship.