According to NPR.org, at least 6.2 million people in Somalia — or just about half the country — are grappling with the prospect of an acute food shortage due to deepening drought.

The Somali Prime Minister, Hassan Ali Khaire, and the Somali National Drought Committee, announced that over a two-day span, at least 110 people have died of hunger in Bay region in the south solely.

Based on the United Nations’ (UN) report, more than 7,000 people have checked into one feeding center searching for aid to be alive.

“If a full-blown famine should descend on Somalia,” the World Health Organization (WHO) stated it would be the country’s third famine in a quarter-century — and the second in less than a decade.

Citing a joint report by the UN and the United States Agency for International Development, CNN reported that famine have killed about 258,000 people in Somalia between 2010 and 2012.

Drought is a period of below-average precipitation in a given region; resulting in prolonged shortages in its water supply, whether atmospheric, surface water or ground water. A drought can last for months or years, or can be declared after as few as 15 days.

All Planet Earth’s continents have experienced famines and droughts, but sub-Saharan Africa remains continuously hit by them because of its annual tropical dry seasons which significantly increase the chances of drought. Tropical harsh climatic fluctuations and long periods of heat like in the Horn of Africa region (Somalia and others) radically worsen drought conditions by hastening evaporation of water vapor leading to unstable agriculture. 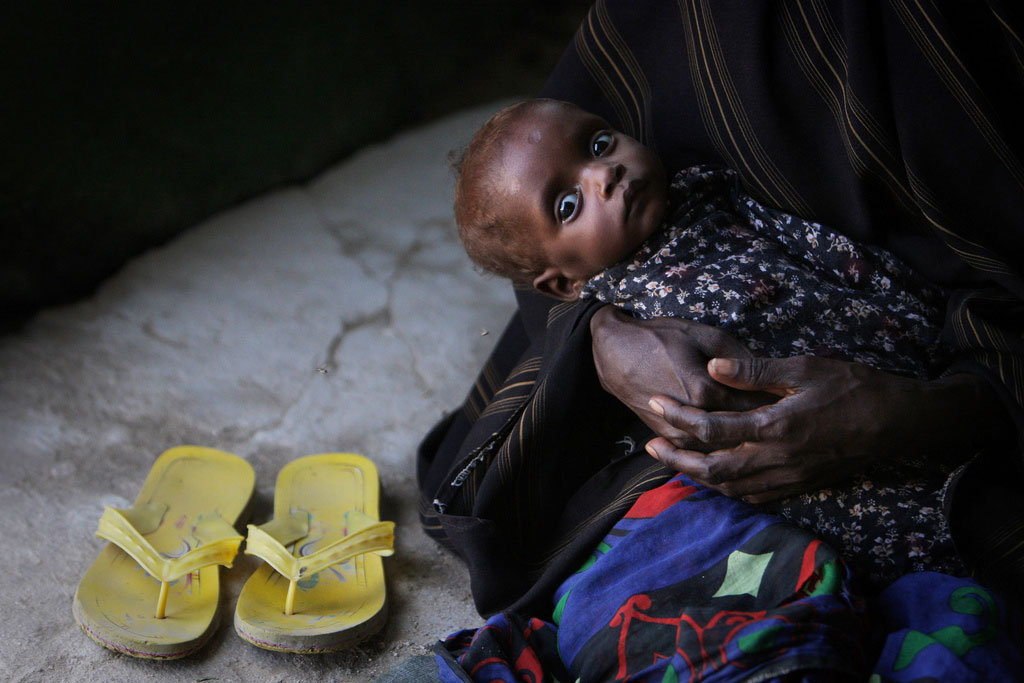 Famines are problematic not only because of mass starvation and malnutrition, but also due to their deadly consequences like epidemics.

According to UN humanitarian criteria, even if there are food shortages with large numbers of people lacking nutrition, a famine is declared only when certain measures of mortality, malnutrition and hunger are met. The criteria are at least 20% of households in an area face extreme food shortages with a limited ability to cope, acute malnutrition rates exceed 30%, and the death rate exceeds two persons per day per 10,000 persons.

The Global Hunger Index (GHI) is a multidimensional statistical tool used to describe the state of countries’ hunger situation. Unfortunately, according to GHI’s 2016 report, two Muslim countries; Chad and Sierra Leone, are listed in the countries with extremely alarming (GHI ≥ 50) and alarming (GHI between 35.0 and 49.9) hunger situation.

And in the same report about 23 Muslim countries are listed in the category of countries with serious (GHI between 34.9 and 20) hunger situation.

The UN’s declaration of famine in parts of South Sudan – the world’s first since 2011 – and its warnings on Somalia, Yemen and Nigeria who are also at risk led to a wide humanitarian system that has stretched as never before; you can donate through: UN Office for the Coordination of Humanitarian Affairs (Ocha), WFP, Unicef, Care, Oxfam,  Save the Children, Street Child, MSF, Concern, DEC, Islamic Relief Worldwide, and United Muslim Relief. 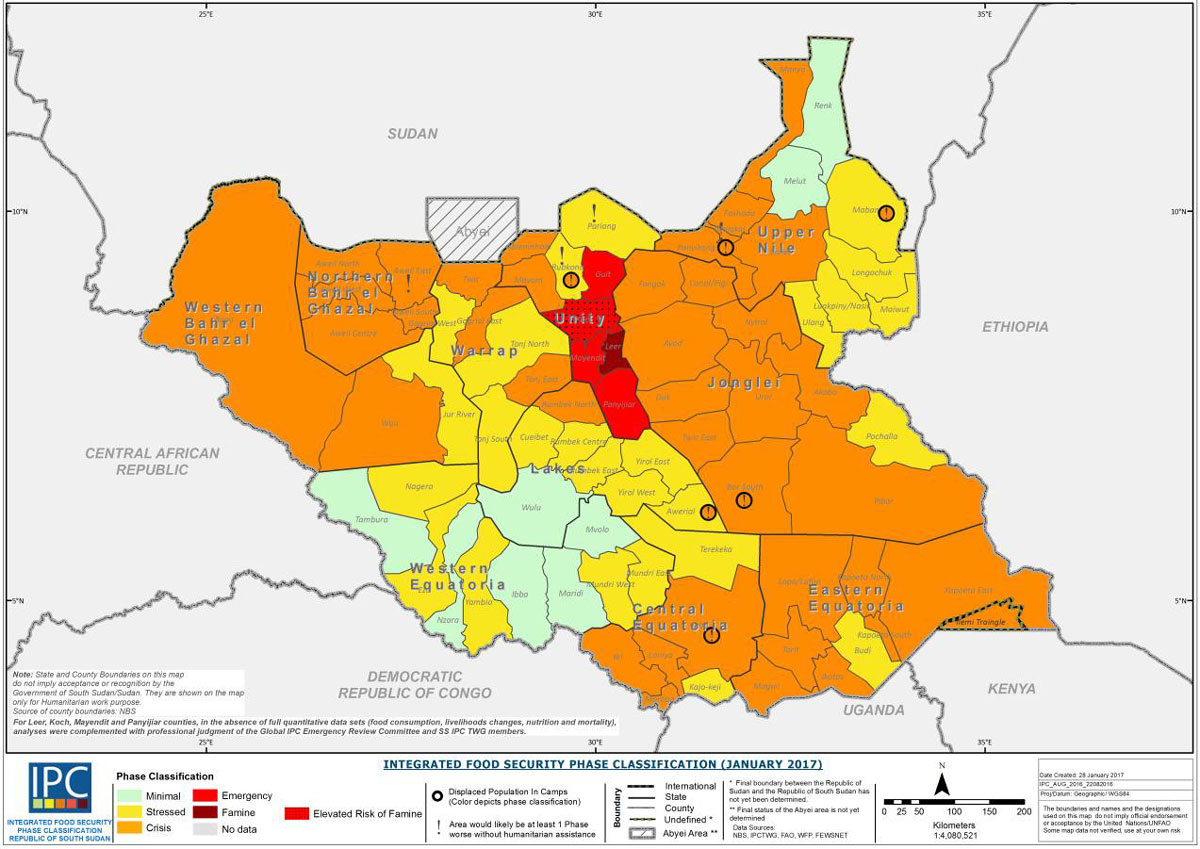 Map of Famine-hit areas of South Sudan since February 2017.