Talking too much is a personality defect stemming from mental and spiritual imbalance. Use precise words that do not confuse the listener’s mind, and do not use more words than necessary to convey the intended message.

Indeed, using many words may even be harmful, for the more words you use, the greater the chance of contradiction, which will confuse the listener even more. This development will not benefit the listener; on the contrary, it will work to his or her detriment.

Reasonable people prefer to let those people, whose words might be of more benefit to the audience, speak. If perfected individuals whose minds are saturated with science and whose souls are satisfied with Divine spiritual gifts are present, it is an act of disrespect to allow others to speak.

In fact, the silence of such perfected individuals represents a loss to the society.

Speaking little and listening much are virtues and signs of maturity. The desire to make oneself heard at all times is a sign of spiritual imbalance and shamelessness, even if some explain it away as a form of insanity.

Any words spoken should be directed toward solving a problem or answering a question. In either case, the one who asks the question and the one who listens to the answer should not become bored.

It is natural that one speak only when necessary, and keep silent when words are out of place. However, it is always better that those words which are of great benefit to others should take precedence.

Nevertheless, this depends on acquiring good manners and perceiving the virtue of keeping silent. Such wisdom is reflected in a beautiful proverb: Those who speak a lot make many mistakes. 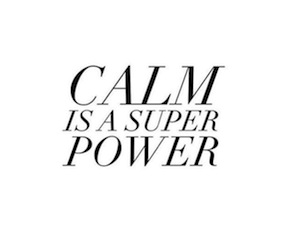 People reveal themselves through their words, and manifest their spiritual rank through their manners. Those who act as though they are the only ones with the authority to speak inevitably become disliked and are condemned by their friends.

As a result, any valuable words they might express are rejected out of hand. As a corollary, these truths are not accorded the respect they deserve.

Holding the tongue, like eating and sleeping only a little, always has been a golden rule followed by men and women of perfection.

Those who wish to develop their spiritual faculties are advised firstly to hold their tongue and to refrain from idle talk. They should not say whatever comes into their heads.

Few people are more pathetic than those who tell others to do that which they themselves do not do. Thus, in the words of the truthful Prophet (peace and blessings be upon him) holding one’s tongue and preserving one’s chastity by refraining illicit sexual relations are keys that open the door to Paradise.

The further away you are from drowning others in your words and from preferring your own words over those of other people, the closer and more lovable to the Creator and the created you become. If you cannot abide by this truth, you cannot fulfill your duties to both God and other people.