All over the world, young children are exposed to classic fairy tales, myths and other stories. Most kids love hearing the stories, but in addition to being a fun activity, story-telling is also thought of as an educational tool which can promote moral reasoning and honesty.

Conventional wisdom suggests that hearing fairy tales in which dishonest protagonists are punished might help convince the listeners to become truth-tellers.

There is surprisingly little scientific data to back up this conventional wisdom, so a team of researchers in Canada from the University of Toronto, McGill University and Brock University studied how narrating classic ‘moral’ stories to young children affected their willingness to tell the truth. It turns out that the purported honesty-promoting effect of certain myths is somewhat of a myth.

The results of the study conducted by Dr. Kang Lee and colleagues were  published in the article “Can Classic Moral Stories Promote Honesty in Children?” (published online on June 13, 2014 in Psychological Science). The researchers recruited children (ages 3 to 7) from two Metropolitan areas in Canada for their study.

In the first experiment (268 children), individual children were asked to play a guessing game in which they were seated with their back toward one side of the table and could not see what was being placed on the table. The experimenter was seated on the opposite side of the table and placed a toy on the table, which gave a sound upon pressing a button which elicited a sound that was commonly associated with the toy.

For example, pressing a button on a toy duck would make the duck quack. The child was then asked to guess the nature of the toy merely based on hearing the sound, without being allowed to turn around and actually see the toy. After some initial questions, the experimenter told the child that she had forgotten a story-book. She placed a new toy on the table, and asked the child not to turn around while she was getting the story-book.

After leaving the room, the experimenter could not see or hear the child and was therefore blind to whether or not the child had turned around and peeked at the new toy. However, another experimenter was video-recording the child with hidden cameras.

One minute later, the experimenter re-entered the room, told the child to keep facing away from the table and quickly covered the target toy with a cloth. The experimenter then asked the child to turn around and read a story to the child. Children were assigned to hear either “The Tortoise and the Hare” (the control story without a clear ‘moral’ lesson about honesty/dishonesty) or one of the following experimental stories: 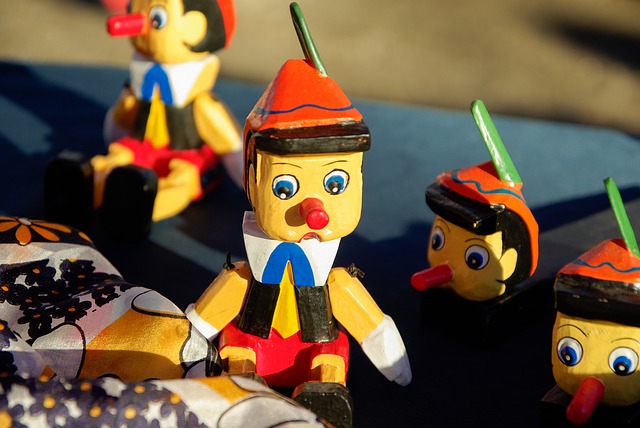 2)     “The Boy Who Cried Wolf” – the story of a little shepherd boy who often lies about being attacked by a wolf. When the wolf really appears, no one believes the boy, and he as well as his sheep are devoured by the wolf

3)     “George Washington and the Cherry Tree” – the famous anecdote of the six-year-old George Washington (which is also thought to be more of a myth than an actual historical event) who cut down a cherry tree with a hatchet but truthfully admitted to doing so when he questioned by his father. The father did not punish him, but praised him for his honesty.

All stories were about the same length, and the experimenter made sure that the child had understood the basic elements of the chosen story (each child only heard one story).

A similar procedure was repeated for children who heard “George Washington and the Cherry Tree,” but here the experimenter told the children, “I’m going to ask you a question, and I want you to be like George Washington in the story. I want you to tell me the truth, OK? Did you turn around and peek at the toy when I left the room?”

Children who heard “The Tortoise and the Hare” were asked, “I am going to ask you a question, and I want you to tell me the truth, OK? Did you turn around and peek at the toy when I left the room?”

When the researchers later analyzed the hidden camera video recordings, they found that the vast majority of children had indeed turned around during the brief moment while the experimenter was gone. Age was the major predictor of whether or not the child would sneak a peek at the toy. Among 3-year olds, 88% of the kids turned around and looked at the toy, whereas only 68% of 7-year olds turned around.

Anyone who has kids or has worked with little kids should not be surprised by these findings. Little children are extremely curious and it is rather hard to resist the temptation of peeking. The more interesting questions are whether or not the “peekers” confessed to their cheating and whether hearing the ‘moral’ stories made a difference. The surprising finding was that only about a third of the peekers who heard the “The Tortoise and the Hare” story, the Pinocchio story and the “The Boy Who Cried Wolf” story confessed that they had cheated.

Apparently, hearing about the dire consequences of lying such as having a wolf feast on a lying boy did not increase the likelihood of telling the truth. However, the kids who had heard the George Washington story had a significantly higher rate of truth-telling: Roughly half of the kids admitted to peeking at the toy while the experimenter had left the room! 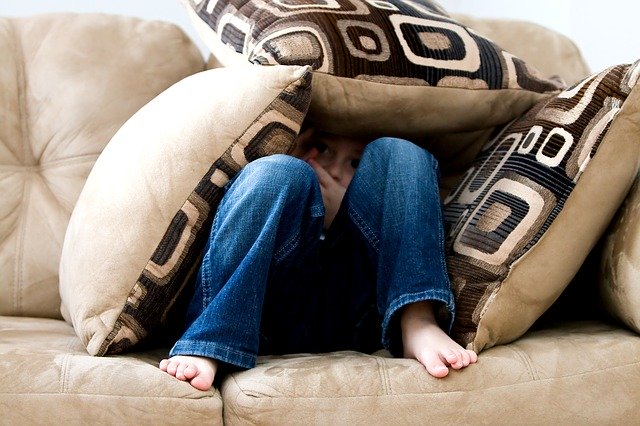 In this “negative” version, George Washington lies to his father by telling him that he did not cut down the cherry tree, but his father later on finds out the truth. As punishment for his lying, George’s father takes away George’s ax and tells him that he is very disappointed in him because he told a lie.

The children in this second experiment were exposed to the same set-up and scoring as in the first experiment, but the results are quite remarkable: The truth-telling rate of children hearing the negative version of the George Washington dropped to below 30%, very similar to the control story, the Pinocchio story or the wolf story. This suggests that the truth-promoting power of the classic George Washington story may indeed be due to the fact that he is rewarded or praised for his honesty.

This research reveals an important mechanism of how ‘moral’ stories can promote truth-telling, and could be of great value for parents of teachers. Stories may promote honesty if they offer positive role models (“be like George Washington”) and emphasize the benefits of honesty instead of focusing on the dire consequences of dishonesty.

Instead of just assuming that all ‘moral’ stories promote moral values, one has to carefully distinguish between stories which use positive versus negative role models. This study only investigated the impact of story-telling on honesty, but it is not clear whether similar effects would also be seen in stories that are thought to promote other moral values such as compassion or courage. The study was remarkably well-designed with appropriate control groups and hopefully it will serve as an inspiration for future research into the impact of story-telling on children.

Republished with kind permission from the author. Originally published on scilogs.com