I was once counseling a lady who was struggling with her marriage. She loved her husband, and wanted to do everything to sort her marriage out but she was struggling. They were physically apart in different countries due to visa problems and it was unexpected.

With all of that going on the sister was going into depression from all the stress. And it was on the eve of Ramadan.

As a usual consultation goes I asked her about various things until at one point I asked why don’t you talk to your husband about it.

She was very reluctant to disturb him while he was probably studying and so on. Seeing that she was being quite difficult, I asked “what would solve your worries for now?”

“If he just understands that I am struggling and gives me a call to help ease my worries.”

I then asked if she had made du’a about it. She said she hadn’t. I asked her to. She was going through such a low phase of her imaan that she wasn’t even finding the strength for du’a.

I reminded her of the greatness of Allah and His Majesty and she made du’a right there in front of me. What was most amazing was that while we were in that consultation, her husband called, then and there.

It is pertinent we remind ourselves of the power of du’a.

Allah gives a promise in the Quran:

In another verse of the Quran, Allah is even more emphatic:

When My slaves asks you concerning Me, I am Near. I respond to the call of the caller when he calls upon Me. (Quran 2:186)

And very interestingly, this second verse has a few important points. I will list them: 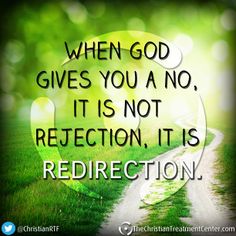 Allah has promised that He will respond. And Allah never renegades upon His promise.

One of the difficulties we have though is understanding the nature of the response. Allah promising a response doesn’t necessarily mean that we will get whatever we want here and now.

Allah responds in a few different ways as the Prophet (peace be upon him) taught us:

There is no Muslim who calls upon Allah with words in which there is no sin or severing of family ties but Allah will give him one of three things: either He will answer his prayer soon, or He will store it up for him in the Hereafter, or He will remove something bad from him that is equivalent to what he is asking for. (Narrated by At-Tirmidhi)

In theory, there are four ways how God responds to our du’a:

And that is how Allah responds. He responds in a way that is best for us. A parent gives something to a child only when they know it is good for them.

Allah is Infinitely Knowledgeable and All-Knowing, so when we ask He only gives when something is good for us. But He doesn’t only withhold. His refusal is redirection and not denial.

There is so much that can be talked about with respect to dua, but I will finish this article with a story from the Quran, and then a few general tips on making dua.

Ibrahim and Ishmael (peace be upon them) built the Ka’bah and asked Allah to accept their deeds. Thereafter, they made du’a for a Prophet to be brought up from among their future generations. 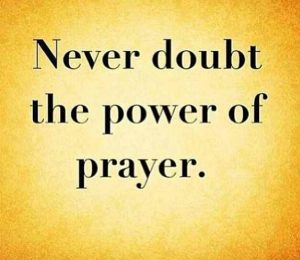 This was the dua of two of the great Prophets after completing one of the greatest tasks in history (building the Ka’bah), and thus it suffices to say that this dua has a lot of power.

And yet, the Prophet they sought was sent about 6000 years later in the shape of our beloved Muhammad (peace be upon him).

Therefore, if you are struggling and do not see an immediate response, do not worry. Allah has promised a response as long as you do not lose trust in Him.

The dua of any one of you will be answered so long as he is not hasty in seeking a response and does not say, ‘I prayed but I have not had a response. (Narrated by Al-Bukhari and Muslim)

A Few Tips for Du’a

We ask Allah to respond to all of our du’as.