There are simple facts that have their roots in the blessed journey of Al-Israa’ and Al-Mi`raj (Night Journey and Ascension of Prophet Muhammad, peace and blessings be upon him). These facts flow along the flowery garden of the biography of the Prophet. As we see in the Noble Qur’an, the story of the Night Journey is epitomized in the first verse of Surat Al-Israa’:

{Glory be to Him Who took His servant for a Journey by night from the Sacred Mosque to the Farthest Mosque, whose precincts We did bless, in order that We might show him some of Our signs; surely, He, only He, is the Hearer, the Seer [of all things].} (Al-Israa’ 17:1)

Then there is a quick shift that uncovers the shameful deeds and crimes of the Jews:

{We gave Moses the Book and made it a guidance to the Children of Israel, commanding, “Take no guardian beside Me.” [They were] the offspring of those whom We bore with Noah; surely he was a grateful servant. And We decreed for the Children of Israel in the Book, “Verily you will work corruption in the earth twice and you will behave insolently with great insolence.} (Al-Israa’ 17:2–4)

This is followed by an admonition that the Qur’an guides to that which is most just and right:

{Surely this Qur’an guides to that which is most upright and gives glad tidings to the believers who do good that they shall have a great reward.} (Al-Israa’ 17:9) 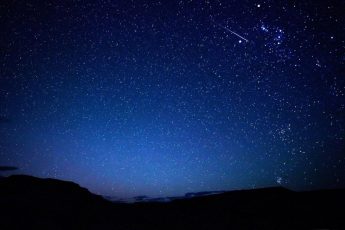 3 Questions About the Night Journey

In fact, this arrangement of the verses is not a mere coincidence. Jerusalem was the first scene of the Night Journey, and there lay the message directed to the Jews. It explicitly suggested that they would be discharged of the office of leadership of humankind because of the crimes they had perpetrated, which no longer justified their occupation of that office.

The message was also explicit in suggesting that the office of leadership would be reinstituted by the Messenger of Allah, Muhammad (peace and blessings be upon him). He would hold in his hand the headquarters of the Faith of Abraham, the Holy Sanctuary in Makkah, and the Farthest Mosque in Jerusalem.

It was high time for the spiritual authority to be transferred from a nation whose history got pregnant with treachery, breach of covenants, and aggression to a nation blessed with piety and dutifulness toward Allah. This nation has a Messenger who enjoys the privilege of the Qur’anic revelation, which leads to that which is best and right.

However, there remains a crucial question that awaits an answer: How could this foreseen transition of authority be effected while the champion himself (Muhammad) was left deserted and forsaken in the hillocks of Makkah?

The forerunners of that new task took the shape of Qur’anic verses smacking of direct and unequivocal warning accompanied by a severe ultimatum directed to the polytheists and their agents:

{And when We would destroy a township, We send commandment to its folk who live at ease and afterward they commit abomination therein, and so the word (of doom) has effect for it and we annihilate it with complete annihilation. How many generations have We destroyed after Noah! And Allah suffices as Knower and Beholder of the sins of His slaves.} (Al-Israa’ 17:16–17) 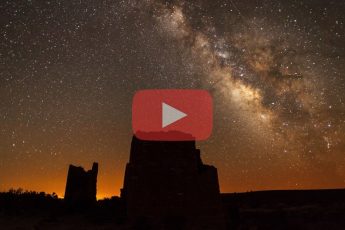 Night Journey: What Was the Prophet’s Means of Transport?

Together with these verses, others were revealed to show the Muslims the rules and items of the civilization upon which they could erect their Muslim community. These verses foretold their ownership of a piece of land where they would exercise full freedom and establish a coherent society around whose axis the whole humanity would rotate:

In reality, these verses implied better prospects for the Prophet (peace and blessings be upon him). They comprised a secure shelter for him to settle and acted as safe headquarters. All this empowered and emboldened him in his endeavor to communicate the message of Islam to the world at large. That was in fact the inner secret of that blessed journey.

Taken with slight modifications from the book:The Sealed Nectar