Life, especially in these days and this age, creates stress “to the max.” More and more studies daily point out the negative pathologic consequences of our stress-filled lives.

What are some of these stress-related illnesses? Well, let’s start with subjective changes like fatigue, anxiety, sleep-related problems, and various muscular aches and pains.

How is it that stress manages to be at the root of all of these problems? At the heart of the matter, chronic stress produces higher-than-normal levels of interleukin-6 (IL-6), which is an immune system protein that promotes inflammation.

IL-6, in turn, accelerates the onset of a variety of diseases, including the ones listed above. This happens by creating a condition called autoimmune reactions, in which the body’s immune system turns on itself.

This stress effect on the immune system has spawned an entirely new branch of medicine called Psychoneuroimmunology. This is a field of research focusing on the relationship and interaction between the brain and the immune system.

Adaptogens are the “regulators of optimum health.” Rather than impacting a particular organ or organ system, adaptogens have a “normalizing” effect, restoring rather than curing. 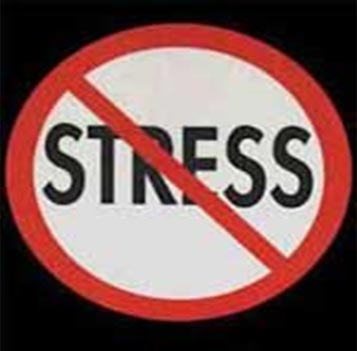 While relatively new to the West, adaptogens have actually been used for thousands of years in Asia, where they are known as tonics or tonifying herbs.

Traditional Chinese medicine has always recognized the properties of adaptogens to support the body, provide energy, and enhance immune function.

Outside Asia’s tradition of herbal medicine, much of the research into adaptogens has been done by Russia in the 1940s and 1950s. It was the Russian scientist N.V. Lazarev and his student Dr. Israel Brekhman, MD, who began to isolate useful compounds in plants.

These substances had the ability to increase the natural resistance of the body to physical and emotional stress, as well as to fatigue, depression, and certain organic illnesses resulting from stress. In 1947, Lazarev coined the term “adaptogens” to designate these substances.

Adaptogens neither over-stimulate nor inhibit normal body function but rather exert a generalized, tonifying effect.

They have powerful anti-oxidant and anti-inflammatory properties, exhibiting a general positive regulation to the immune system. They also provide very unusual stress-related protective benefits to cells.

Their effect is not only limited to physical stress and emotional stress (such as anxiety, depression, etc. They can correct body imbalances resulting from occupational stress (like shift-based jobs or high-risk professions) as well as biological stress (associated with infection and inflammation). They can even help combat environmental stressors like high altitude and extreme climate change.

Finally, adaptogens help to accelerate the healing process after illness and injury. 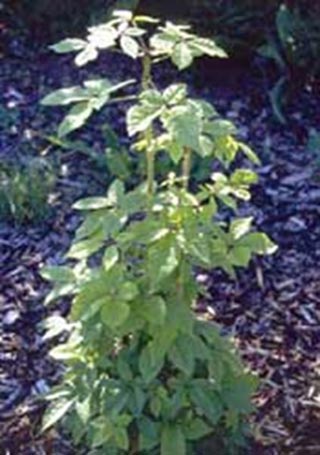 It was Dr. Hans Selye (1907-1982), known as the “father of stress research,” who discovered the role certain hormones, particularly adrenaline and cortisol (a form of cortisone), can have in the development of many degenerative diseases.

These include arthritis, osteoporosis, hypertension, heart attack, stroke, peptic ulcers, and even cancer.

When the body comes under stress, it goes through the three stages of what has come to be known as the General Adaptation Syndrome.

Stage 1 is the alarm stage. It is a typical “fight or flight” situation response resulting in the release of adrenaline and cortisol.

While necessary as part of the organism’s survival mechanism, continual or sustained release can create problems like those listed above.

Cortisol in particular has far-reaching and wide-ranging effects on cells, including suppression of the immune system.

It also affects energy regulation by decreasing the amount of glucose that can enter cells from the bloodstream.

In the short term, that acts as a survival mechanism, leaving adequate sugar levels for vital functions, like brain activities.

But in the long haul, it can result in overall inadequate energy availability. Thus, stress can literally starve cells of energy.

Stage 2 is the resistance stage. In this stage, the body learns to cope with stress by adaptation. Take exercise for example, stress a muscle and it becomes stronger and denser.

However, there is a limit to the amount any body system will compensate and adapt. As a person goes beyond this point, they go into the third stage of the General Adaptation Syndrome.

Stage 3 is the stage of exhaustion. Fatigue sets in and the cells are not able to function adequately or properly.

This exhaustion and fatigue are also a factor of Overtraining Syndrome, a common condition in sports and athletics.

What adaptogens do is influence the processes at stages 1 and 2, extending the adequate functioning of cells prior to the onset of exhaustion at stage 3.

For example, under stress conditions, adrenaline and cortisol cause blood glucose levels to rise sharply by reducing the amount of glucose that can enter the cells.

After the stressful event subsides, blood glucose levels drop to below normal levels. Adaptogens mediate these highs and lows, smoothing out the peaks and valleys.

This results in conservation of energy that can then be utilized at stage 2, thus increasing optimal functioning and delaying the onset of stage 3 exhaustion. The net result is greater endurance.

Also, on a cellular level, stress leads to a buildup of beta-lipoproteins molecules, which are a form of proteins that affect different processes in the body.

Their increase in turn blocks hexokinase, an enzyme necessary in transforming glucose into utilizable energy. Adaptogens, however, reduce the buildup beta-lipoproteins, thus allowing cells to maintain their energy capacities. 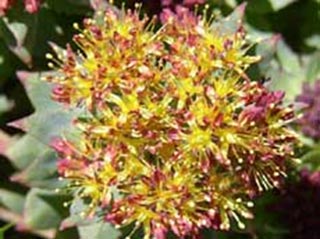 Adaptogens enhance athletic performance capacity by increasing the availability of oxygen and energy at the cellular level, thereby increasing endurance and stamina.

For example, tests carried out in the 1980’s on several hundred healthy males employed as flight personnel showed that combinations of Eleutherococcus, Aralia and Schisandra (three important adaptogens) accelerated recovery from tiredness after long flights (Gubchenko and Fruentov 240).

Even cosmonauts in the Russian Space Program use adaptogens in their training. Adaptogens can also go further than just optimizing athletic and work performance.

They can be used to aid in recovery from diseases or surgeries as well as to mitigate some of the negative side effects of treatments such as chemotherapy.

The antioxidant action of adaptogens also gives them some special bonuses. Based on biochemical analysis, it was found that adaptogens cause a reliable decrease in total cholesterol and lipoproteins, helping to reduce vascular disease like atherosclerosis and promoting anti-aging (Melnikov 130).

While others, such as the combination of Schisandra chinensis and Rhaponticum carthamoides, exert a strong stimulating effect, improving reading comprehension, aptitude, and speed.

The combination of Rhodiola rosea and Aralia mandshurica enhance a person’s ability to concentrate and memorize. A boon for students everywhere!

Only one in 4,000 plants is classified as an adaptogen. So while there may seem to be many, adaptogens are actually quite rare. Here are a few of the more common ones:

Eleutherococcus senticosus or Siberian ginseng, is known as the “king” of adaptogens. It has been shown to increase mental capacity by improving reflex action, attention span, and the precision of performed work. It can also offer improvements in hearing, eyesight, and motor coordination.

Rhodiola roseaor “golden root” is one of the best herbs for endurance, both physical and mental. It reduces symptoms of fatigue, especially in night workers, as well as boosting neuro-motor functions and general well-being.

Withania somnifera, known as Ashwagandha or “winter cherry,” is an immune modulator and useful in conjunction with chemotherapy. It also helps to rebuild sexual vitality.

Rhaponticum carthamoides, or Marals Root, improves all aspects of sports performance. It can even help produce more lean muscle mass. The herb also treats impotence and speeds recovery from illness.

Aralia mandshurica, known simply as Aralia, stimulates the immune system, increases energy and is useful in weight loss. It is also said to help overcome hangovers!

Adaptogens offer a “nutritional safety net” for people “on the go.” It is therefore fascinating that, as if in anticipation of the stress we humans endure, mother nature seems to have provided adaptogens in every part of the world.

The wide uses they have, from improving performance in athletes and astronauts to increasing concentration of students and chess players has prompted them into the medical field.

Although adaptogens are still relatively new to the West, there are thousands of scientific studies documenting their benefits.

Adaptogens likely contain the most broad-spectrum healing properties of any of the herbal medicines.

They are a unique nutrient source that deserves a place in our lives to enhance and optimize our hectic lifestyles.