There are certain situations that release certain chemicals in your brain and they make you want to do some things in certain settings. They are triggers.
aaa

I have given a lot of talks about the cycle of sin and good people. You know, they’re praying, reciting Quran, they’re even doing Umrah… but, at the same time, they can’t get away from certain evil practices when they’re alone.

There are two parts of the problem: one of those parts is spiritual and the other part is psychological, and we have to address both of those parts.

So, for example, for a young man is watching an action movie, and as he’s watching, he sees a beautiful woman. And as soon as he sees that one scene, his mind gets triggered. He pauses the movie and watches something far worse, and gets into the habit of doing that. It wasn’t the movie itself, it was just that one scene that triggered it.

For some people, when they are alone by themselves in their apartment, or room, bad things happen.

So the first bit of advice for everyone is that you have to identify “when does the sin happen? When I’m by myself? Where am I when it happens? What times does it happen?”

And if you can identify the problem times, places, and situations, you have to try to change those situations.

If you’re a young man and you have a problem with, you know, the kinds of things that are available on the internet, and you’re looking at those things for example, put your laptop or mobile in the kitchen so that your mother is walking by, or you dad is walking by… Don’t put it in your room, and parents put their stuff in a visible place in the house.

These screens are destroying our kids seriously. 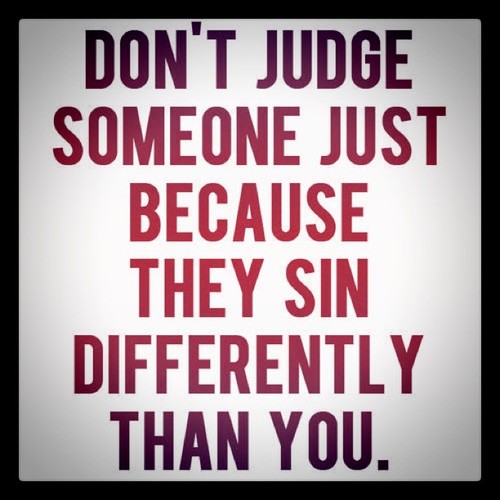 Then the spiritual side of this problem. It is normal for a human being to repent to Allah and then go back, and do the sin again because we are Khatta’un (fallible).

Prophet Muhammad (peace be upon him) described us not as khati’un but khatta’un which is the hyperbolic state. What that means in simple English is the one who repeats mistakes over and over again.

So that will happen. It’s inevitable that some sins will occur over and over again.

However, if in the back of your mind, the moment repented, you are already thinking, “about 3 weeks from now, I’m going to do this again anyway”, then repentance is not for people who continually do evil deeds. They’ve already accepted it. Allah says:

They don’t insist on what they did.

In other words, you have to make a serious verbalized conscious commitment: “This has to stop!”

Not that one time you cried, and you turned to Allah, “I’m so sorry. I can’t believe I did this…” and you don’t do it.

You have to figure out a way to get away from this entirely; a serious commitment to yourself.

I know it’s embarrassing sometimes, but we all need to council and help sometimes.

And when we realize that it’s been going on for years and you haven’t been able to get out of it, it is time to seek someone else’s help, which is why in the ummah today, psychological and spiritual counseling is so important.