There are many routes that this new journey towards peace within the ummah will take.
aaa

Yet even a rapid perusal of current affairs paints an extremely different picture of the ummah.

Most Muslims, it seems, are too engrossed in upholding their ‘version’ of Islam as the only authentic ‘true’ version, to even consider a united ummah, let alone live it.

Both sunnis and shias recite the kalima, pray, offer charity, make pilgrimage and fast in Ramadan. It is historical fact that in the early years of Islamic history sunni and shia scholars studied together, often under the same teachers. So why then are members of both groups killing each other in Syria, Pakistan and in other places within the Muslim world?

And is the ummah able to reconcile with the fact that the children, women and elderly who die in the cross-fire and are just ‘collateral damage’. Is this how our Prophet (peace be upon him) advised us to live?

The fault-lines within Muslim communities run much wider and much deeper than denominational differences and include a whole range of sociological characteristics that Muslims have decided to use as stimuli for rifts.

For example, tensions between Barelvis and Deobandis, both sunni hanafi groups from the Indian[1] sub-continent have spilled out to wherever an Indian diaspora community exists. So for example tensions between these two Muslim groups persist in the United Kingdom.

It is ironic that such tensions exist across two communities that share deep cultural and indeed ontological ties. The close affinities that they share with regards to sufi practice or tasawuff, theological heritage and cultural bonds lie forgotten under layers of polemical discourse.

The rise of nationalist politics in various parts of the Muslim world has led to further splits within the ummah. Nationalism can be a virtue, but most would agree that it ceases to be useful when it causes divisions between people and injustice between nations.

So although Islam as a religion embodies pluralism within the ummah, Muslims seem to have become particularists keen to divide the ummah on any basis and into any number of insular segments. Is this what Prophet Muhammad led us to?

Or does this demonstrate how far removed we are from his teachings?

Undoubtedly in the creation of the heavens and the earth and the alternation of night and day are signs for the intelligent. [2]

Establishing Compassion in the Ummah

In the recent past, a number of high profile initiatives have tried to facilitate dialogue, understanding and indeed compassion between different Muslim communities.

Just over a decade ago the Amman Message asserted that the goal of Islam is to realize “mercy and good for all people”. It called for Muslims to understand the diversity within the ummah and to strive for peace.

In 2014 the Forum for Promoting Peace in Muslim Societies similarly declared:

“war against war in order to bring about peace upon peace – to extinguish the flames of violence, to rescue those who are engulfed in conflict, and to deescalate tensions throughout the Muslim world”.

Although these initiatives are fairly recent, there is evidence that this concern has occupied the thoughts of Muslim leaders and the more reflective among Muslims for over a century.

At the end of the 19th Century, Shaikh Abudullah Quilliam of the Liverpool Mosque writing about this very subject perhaps in order to stress the urgency includes a stern reminder that

It is unfortunate then, that despite all these initiatives and the discussion that they provoke, the Muslim ummah seems to be mired in disunity and particularism.

However this does not mean that all endeavors for peace within the ummah must be halted – indeed the Muslim way is to strive to establish the deen. So we must reinvigorate our efforts for unity focusing on what our beloved Prophet Muhammad taught us when he said that:

“A believer to another believer is like a building whose different parts enforce each other.”

The Prophet then clasped his hands with the fingers interlaced (while saying that). [4] 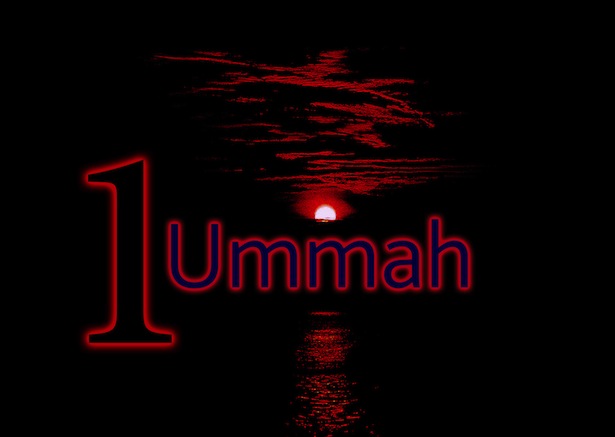 Finally this hadith promises us that if we work towards such lasting peace among Muslim peoples, we will have our beloved prophet Muhammad’s blessings.

#CompassionateUmmah: Can we work together for a united ummah?

This is why I have written this article.

And this is why About Islam.net is publishing it. We want to be worthy of our beloved Prophet Muhammad’s blessings.

We know that other attempts have tried and have failed or have had limited success. We however want to try again.

This time in addition to the might of traditional Islamic scholarship we will harness the power of the two great mobilisers of our century – youth and digital media.

So please forward this article to your friends and family, and to your mosque, Muslim leaders and Muslim community centres. Please tweet about #CompassionateUmmah and facebook it and share it on whatever other social media you use.

But most importantly, please send us your thoughts on how we may make #CompassionateUmmah work, what it means to you and to your community, and how you may be involved.

Please write to us even if it is one sentence. You can send us emails at [email protected]

We at About Islam.net are committed to working towards peace in the ummah. We will continue developing this idea and see what may be the best way to work for this peace. But we need your advice and support.

Please write to us and I promise we will read everything you send in and will develop the next iteration of this discussion – whatever format it takes.

I will most certainly write another article drawing on your feedback and thoughts. We will get Muslim scholars on board too.

We may also meet physically – and have a conference on compassion within the ummah. So please let us know what you think will work best.

There are many routes that this new journey towards peace within the ummah will take. We are not sure whether our efforts will be sufficient. What we do know is that we have Allah’s and RasoolAllah’s blessings.

And so no matter what barriers we face, we will work for peace. Indeed our very salvation is predicated on compassion and on love for each other. For the Messenger of Allah (peace be upon him) said:

By the One in Whose Hand is my soul! You will not enter Paradise until you believe, and you will not (truly) believe until you love one another. [5]

[3]- in The Crescent (a newsletter for his community which he edited).