What we eat directly impacts how we will age. A deficiency in any vitamin or mineral can cause a dysfunction in the body.

Decades of nutritional deficiencies eventually catch up to us in the twilight years of our life, but even if you are there now, there is so much you can do to make your life worth living.

Even if you are not fifty plus, continue reading, because like the saying goes, “an ounce of prevention is worth a pound of cure.”

Iron is known for building muscle, but it also helps us have enough energy to do what we want in our daily lives. If we think about the symptoms of anemia, we will know why an iron deficiency makes us feel tired and want to nap more.

The reason for this is that iron helps build red blood cells that transport oxygen into our cells. If our cells do not have enough oxygen, we feel fatigued. A few other factors include lack of hydrochloric acid and vitamin B12; both are needed for our bodies to absorb iron.

Iron deficiency is one of the most common known deficiencies. The elderly, especially those with low income or those in nursing facilities, are increasingly at risk because of poor nutritional status.

The green tops of radish are richer in iron than a piece of red meat of equal size. Using kelp (a seaweed) in your cooking by adding it to cooking water (like rice, stews and soups) can also boost iron intake. My favorite tip is to cook in a cast iron pan.

Keep Your Mind Fit with B12

We now know that vitamin B12 is important for iron absorption, but it is also important to brain health. The brain is particularly sensitive to nutritional deficiencies, especially that of vitamin B12.

So profound is the effect of vitamin B12 that some people with mental disorders like Alzheimer’s can experience complete remission upon taking vitamin B12 with folic acid.

Rich sources of vitamin B12 are animal proteins like liver (especially lamb), clams, oysters and sardines. The most effective form of supplementation for the mature adult is vitamin B12 injections, that can be administered by a medical doctor.

Most vitamin deficiencies can be detected by blood tests, but if you would like to do a quick self-test at home, here is what to look for:

If you suspect that you have a deficiency, consult with a health care professional to suggest a course of action. 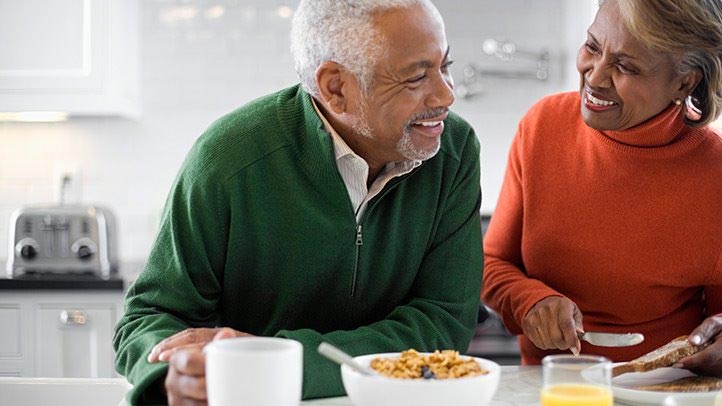 Humans hold a relatively large amount of zinc in their bodies (1.4-2.5 grams on average). Zinc is used in every cell of our body and is used in over 200 body functions. It is used in our eyes, kidneys and our prostate gland. It is an important mineral along with vitamin A in preventing night blindness.

A deficiency in zinc can cause a loss of taste and smell. This is a common complaint in the elderly and really robs one of the flavors of life. One woman in her 80’s who consulted with me after having a stroke can testify to the importance of zinc.

As I interviewed her, I asked her what she had been eating three months prior to having the stroke. She blushed and said, “For the last month I had boxes of candies staked up in my house. All I want to eat is candy and fried foods. I eat out all the time.”

This was not typical behavior for this woman. It turns out that she was bingeing on all the foods that were “treats” to her. She said that for years she had not been able to taste food.

This had made her a bit depressed because she could no longer enjoy her food which was really the only pleasure she had in life. In an effort to make herself feel better and be able to taste food, she turned to the most flavorful food she could think of.

A poor diet over the course of a month in tandem with a history of high blood pressure and inadequate water intake came together to cause the stroke. Yes, she did have high blood pressure and did not consume enough water, but the only factor in her life that had changed was her diet. So, something seemingly as unimportant as a zinc deficiency turned out to be a big thing in the end.

It is amazing to be able to read the signals that our bodies send to us. Our bodies “speak” to us all the time, but many of us do not know how to listen.

Sometimes an excessive intake of zinc could result in a metallic taste in the mouth. This is one way to determine if you are supplementing your diet too much with zinc.

Foods rich in zinc are oysters, pumpkin seeds, Brazil nuts and ginger root. When you think of zinc, think nuts and seeds and have a handful each day.

Reduce Back Pain with Water & Magnesium

Your spine needs water to work properly. The fluid that buffers each vertebra from its neighbor is primarily composed of water.

Insufficient amounts of water can result in the compression of the spine, causing the vertebrae to come in contact with delicate nerves, thus causing pain.

A common sign of dehydration is muscle pain. Keep in water balance and see if your backpain decreases.

Another important factor in back pain is the constriction of muscles. Many people complain of a stiffness in the neck, shoulders or of the lower back. The mineral magnesium is what causes the muscles of the body to relax. Calcium, on the other hand, contracts muscles.

An example of how this works is the heart. When the heart contracts, it is calcium that is responsible and when the heart relaxes, magnesium is at work. Calcium in high amounts can block the absorption of magnesium and vice-versa.

It is very easy to consume a diet excessive in calcium because many foods are fortified with it. The drugs digitalis and insulin are antagonistic to magnesium, so if you are using these pharmaceuticals, you may need to increase your intake of magnesium.

In a medium sized bowl place, all of the fruit and toss in coconut meat. Sprinkle with the nut mixture and enjoy. For some diversity, throw it all in a blender with ½ cup milk or coconut milk, one tablespoon blackstrap molasses (unsulfured) and you have a smoothie.

Unfortunately, only the severest of magnesium deficiencies are noticeable with blood tests. Since it is used in over 300 processes in the body, the body does all it can to keep magnesium available in the blood stream.

Muscle twitching of the eyes or legs is associated with magnesium deficiency. This is evident if you lie down after a long day and your arm or leg jerks up involuntarily. Magnesium is nature’s muscle relaxer.

Craving chocolate can also signal a magnesium deficiency because chocolate is rich in this mineral.

Magnesium is available in fruits, vegetables and nuts. Kelp (seaweed), blackstrap molasses (unsulfured), almonds, Brazil nuts and dates are all rich sources of this mineral. 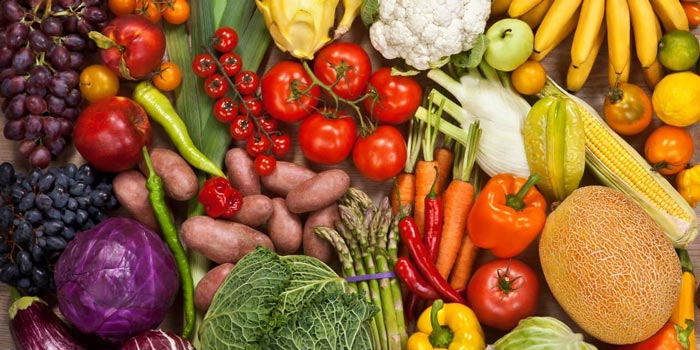 It is now a commonly held idea that as we age our quality of life should decline. It is thought of as “normal” to lose the ability to move around, lose mental function and become sicker and sicker until the day we die. This is not the “normal” process of aging. Yes, it may now be the way humans age, but it is far from normal.

In the western world, degenerative diseases (heart disease, diabetes, cancer) are responsible for our failing health status. Prior to this, communicable diseases (influenza, tuberculosis, bubonic plague, yellow fever) were the major cause of premature death.

I believe this is because the affluent in developing countries, who have different diets than those of their less fortunate compatriots, are eating more and more a Standard Western Diet.

It could be claimed that we are living longer and that with age the human body deteriorates. Yet, centurion studies (of people over age 100) show that humans are capable of being in robust health to the age of 100 and beyond.

This is not to say that as we age our bodies will work the same as when we were 20. That is not a realistic expectation. But we should also not expect to fall apart.

* Before embarking on a new program, consult with your physician or health care provider.

This article was first published in 2006 and is currently republished for its importance.