The limited temporal benefits generated by agnostic thought is negligible when compared with the magnitude of the actual civilizational damages it accrued over centuries.
aaa

According to the worldview of agnosticism, certainty and knowledge are impossible and we will never be able to know the true reality. A constant skeptical approach to epistemology, thus, ought to be a norm. Exemplifying somewhat this doctrine, Albert Einstein once remarked:

“I don’t try to imagine a personal god; it suffices to stand in awe at the structure of the world, insofar as it allows our inadequate senses to appreciate it.”

However, one wonders if agnostic thought, which originated most likely in ancient Greece in the form of skepticism, was a premeditated philosophical choice or a desperate reactionary repositioning against the inability of established religions to provide a sense of both epistemological and spiritual certitude.

The latter seems to be the case, in that the majority of agnostic views and tenets exude opposition and aversion, rather than a homogenous system of thought and action. The sentiment is sufficiently epitomized by the words of Thomas Henry Huxley (d. 1895), a famous English biologist and evolutionist:

“Agnosticism simply means that a man shall not say he knows or believes that for which he has no grounds for professing to believe.”

In reality, the problem was never agnosticism as such, or merely subscribing to the notion that nothing can be known of the existence or nature of God or of anything beyond material phenomena. Agnosticism was just an effect, the root causes of which were certain deficient religious creeds and their people whose intellectual as well as spiritual impulses were not entirely fulfilled.

Hence, the problem was official religions and ideologies. They were the culprits; people were the victims. Such terms as agnosticism, disbelief and skepticism might have been at first a derogatory portrayal by the former of those restless souls who never stopped exposing religions’ inadequacies and inability to solve their endless queries and curiosities.

However, such was the situation that agnostics took the matter in stride, preferring creative or ontological ignorance over dogmatic and unproven – yet often outright flawed — knowledge and wisdom.

While the former, to some extent, invigorated and enriched, the latter completely inhibited and withered. This, surely, induced Clarence Seward Darrow (d. 1938), an American lawyer and leading member of the American Civil Liberties Union, to assert:

“I do not consider it an insult, but rather a compliment to be called an agnostic. I do not pretend to know where many ignorant men are sure — that is all that agnosticism means.”

The Peril of Agnosticism

Accordingly, the more the role of religions weakened and its limitations and failings became wide-open, the stronger the voices of agnosticism became and its followers increased. So much so that it has been estimated that in 2010, the agnostics made up about 9.6% of the world’s population. In some especially Western countries, the rate was as high as between 30 and 35%.

This predicament, indeed, is alarming, and it is not set to recede anytime soon, never mind come to an end. As a result, people are increasingly feeling at ease with the grave prospect of living and dying without knowing about and experiencing metaphysical truths. But we all know that such truths are out there. If not, we would not search for them.

As a matter of fact, every person’s life pattern — regardless of what it may seem outwardly — is a quest for the meaning and purpose of life. It is a journey of (self) discovery. People cannot function differently, as they have been thus fashioned and “programmed”.

Existing and operating in the name of science and invention, and powered by such ideas as absolute intellectual and spiritual freedom and self-determination, agnosticism never stopped appealing to the religious and intellectual dissenters.

Since there was never a serious answer to the advances of agnosticism – which further amalgamated itself, partly or completely, with the ethos of almost all recent and current Western secular ideologies and worldviews – the damage was extensive and seemed irreparable, becoming a phenomenon of global proportions.

The limited temporal benefits generated by agnostic thought is negligible when compared with the magnitude of the actual civilizational damages it accrued over centuries. What is more, the former is often resorted to and greatly exaggerated in order to mitigate or conceal completely the harm of the latter and its severity. It is used as blinders, or a smoke screen.

This explains why people in the era of enlightenment, reason, reawakening, modernity and science still seem comfortable with their state of not knowing the answers to the most fundamental questions which, when all is said and done, signify a dividing line between civilization and primitiveness or backwardness, and between knowledge and ignorance.

That people, despite their existence on the face of the earth for thousands of years, discuss ad infinitum, failing to fully understand and appreciate, for example, the origins, meaning and purpose of life, the origins, purpose and mission of man as a species, the meaning and purpose of death, human rights, human cultural and ethnic diversity, the role of woman, marriage and family, the universe, outer space, the idea of metaphysics or the fundamental nature of reality, etc. – all these denote serious stains on the quality and integrity of modern materialistic civilization. 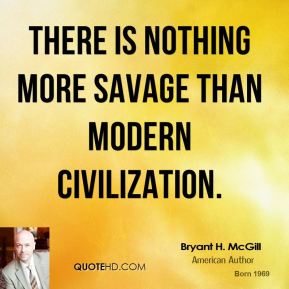 In other words, man remains an ignorant and, at the same time, arrogant being. The basic truths about himself and all the other physical and metaphysical realities around him, he fails to comprehend and forge sound relationships with. And he seems happy to go on with the status quo indefinitely.

No wonder ignorance about the truth crept into virtually every aspect of human existence, ostensibly counterbalanced by trifling and inherently short-lived gains in the oscillating realms of science, innovation and technology.

Man is increasingly becoming his own slave. He deifies nothing and nobody except his very self and his material achievements, for everything else is either unknown or utterly unknowable. His cerebral capacities alone stand out as the point of reference for evaluating successes and failures.

Accordingly, issues and problems of special importance for mankind are never thoroughly solved because people are bogged down in frivolous and unnecessary concerns and debates. Trapped in the fetters of his raging ego, animal desires and at once confused and discontented intuition and conscious mind, man thus fails to rise and explore life from elevated vantage points.

What is Genuine Civilization?

One wonders, therefore, if those failings are the hallmarks of civilization or the attributes of primitiveness, or if we live today in the age of modern primitiveness or primitive modernity.

This is so because genuine civilization is not solely about complex societies characterized by remarkable material progress in such fields as urban development, social stratification, symbolic communication forms, specialization of labor, monumental architecture and other advanced socio-political-economic factors and features.

Rather, genuine civilization is about people’s total wellbeing and happiness, as well as about creating a total and lasting legacy that will attest to people’s realization of their existential purpose and successful accomplishment of their life mission. Material progress is secondary, playing second fiddle to the true spirit of civilization. It is but a means, a carrier and a physical locus of the latter.

Civilization, it goes without saying, ought not to be only about matter or physics, for obviously life is more complex, multidimensional and so, more consequential than that. In the same vein, civilization should represent a result of people’s comprehension and recognition of the truth and their living it. Anything short of that suggests a level, or a state, of backwardness and primitiveness, regardless of how and in which wrapping such a level, or a state, might be presented.

Civilization, furthermore, is not about endorsing and advancing ontological ignorance, disorientation and confusion, swathing them in appealing and ostentatious scientific jargons. Nor is it about cleverly asking questions, while knowing that answers are not forthcoming, exacerbating in the process people’s existential anxieties and dilemmas.

Instead, civilization is about providing answers and dispelling people’s perennial fears and uncertainties, while at the same time ensuring their spiritual, intellectual, social, ethical and material wellbeing.

This is to be accomplished by realizing and delivering appropriate means of subsistence, types of livelihood, settlement patterns, forms of government, social and economic systems, education, and other necessary life systems and cultural traits.

People need to know in order to act and create. Only certitude and confidence can breed authentic civilization and refined cultures. Doubt and confusion, on the other hand, breed only dissent, dissonance and conflicts of all kinds and at all levels of human existence. Only a knowing man is a civilized and cultured man, disposed to recognize, create, appreciate and sustain.

An enduringly skeptical and unknowing man is the polar opposite of the former, bent more on the manipulating, depleting and outright destroying of life and its constituents as well as resources in the name of his myopic interpretations of civilization, cultural refinement and progress. A knowing man is civilization’s (earth’s) asset; an unknowing man is its liability.