Finding Your Own Path

Sandra had been working with Muslims for a few years. She wanted to understand their beliefs, so she could be more effective in her work.

So she asked lots of questions and bit-by-bit the pieces of the jigsaw started coming together and some of it made sense. One day Sandra realized that the last piece of the jigsaw had gone in; she had become a Muslim.

But that was when she hit the problem. As she started asking more and deeper questions, the answers people were giving her didn’t feel right. They were telling her that she had to follow their madh-hab (School of thought) as that was the path she’d started on.

She didn’t remember agreeing to that when she said her Shahadah. She had testified that there was no God other than Allah and that Muhammad (peace be upon him) was His Messenger. There was no mention of signing up to a madh-hab. 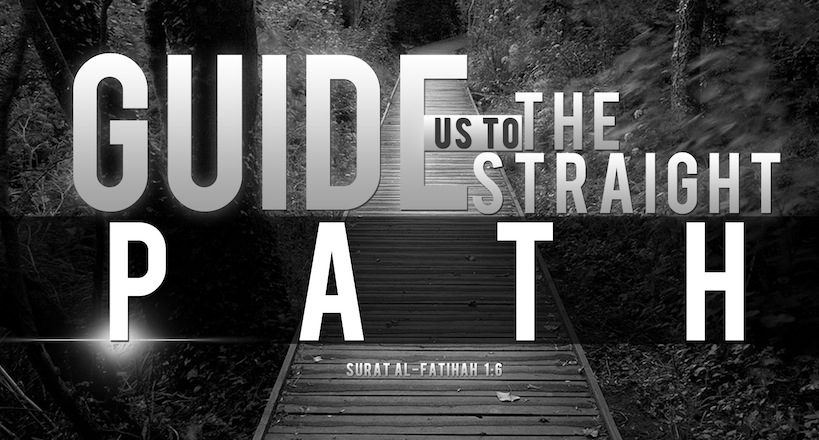 So Sandra started looking round. She read all the books she could get her hands on and attended all the classes she could find. One day, she was sitting in a new class and the teacher was answering all the questions based on the Quran and the Sunnah; there was no mention of the madh-hab.

For the first time since she said her Shahadah, she felt at home! As she talked more to the others who were attending the class, their advice made sense, it was clear and logical, and contained a good balance of spirituality and sound knowledge. She had found her path.

Then she knew what she had to do. She sought out scholars who could help her learn more about her chosen path and eventually enrolled on a formal Islamic studies course to learn it more systematically:


So what happened to Helen?

Once she had said her Shahadah, she threw herself into the religion. She continued reading everything she could and attended every class she saw advertised in her city. She thought that she would be able to work out her own journey, but everywhere she went people were telling her different things and insisting that she had to follow their path, as theirs was the right path.

They would tell her terrible things about the other groups she was going to. She felt pressured and confused. In the end it all became too much for her. She decided that she had made a mistake; Islam wasn’t for her. So she stopped practicing and hid herself away from everyone.

A few months later, one of the sisters called her up. She hadn’t seen Helen for a while and wondered how she was. Helen told her that it had all got too much and she had given up on Islam, although she still believed in Allah.

The sister talked to her for a while and encouraged her to give it another chance, but to take it slower and more carefully this time. Helen agreed to start praying again and to see how that would go.

After a while she started reading about the basics again and developing her relationship with Allah. She was more selective this time about the sisters she befriended, contacting those she had found supportive and encouraging; those who had good character and seemed to have a good understanding of Islam.

She also often talked to the sister who called her; she trusted her and felt her advice and knowledge was sound. The sister suggested Helen to attend some local classes for beginners and gave her some useful guidelines to bear in mind for the future.

She was told that when looking for a teacher, she should check them out as much as she could to make sure that any teacher she went to learn from:

was well known for their sound knowledge and learning,

could give evidence for everything they said and didn’t teach anything that contradicts the Quran and Sunnah,

had a good reputation and practiced what they taught,

The Prophet made seeking knowledge an obligation upon every Muslim, but without a reliable, trustworthy guide, it is virtually impossible for a new Muslim to find the right path.

Sadly there is so much wrong information being circulated about Islam, it’s not easy to be able to work out what is true and what isn’t, especially in the early days.

The Prophet himself set the example we follow, he came as the master teacher and would send the knowledgeable companions out to teach the tribes as Islam spread and they accepted Islam.

Muslims in the past would sometimes travel hundreds of miles to seek knowledge, even sometimes just to learn a Hadith. We have no excuse these days, distances have shrunk, but we still need to seek out knowledge and understand it.

Those who were the best in the pre-Islamic period of ignorance will be the best in Islam provided they comprehend the religious knowledge.  (Al-Bukhari and Muslim)