“Verily! In the creation of the heavens and the earth, and in the alternation of night and day, and the ships which sail through the sea with that which is of use to mankind, and the water (rain) which Allah sends down from the sky and makes the earth alive therewith after its death, and the moving creatures of all kinds that He has scattered therein, and in the veering of winds and clouds which are held between the sky and the earth, are indeed signs for people of understanding” (Surat Al-Baqarah 2:164).

The Qur’an reminds us time and again to observe nature and seek the signs of Allah. But how can we understand them if we lose our connection with nature?

The 2009 Natural England’s report says less than 10% of children nowadays play in natural places such as woodlands, countryside and heaths; compared to 40% of children 30 to 40 years ago.

Another recent study by the Royal Society for the Protection of Birds reveals that only one in five children have a “connection to nature”.

Our children’s lifestyle is busier than ever with long school hours and extra-curricular activities. Whatever free time they have left is often spent in front of a TV, computer or other electronic device.

We don’t let children go out by themselves because we fear for their safety. Traffic is a major hazard, but we are also scared of crime and the media are feeding our anxieties.

This has led to children spending more and more time indoors, missing their chance to build a relationship with nature. 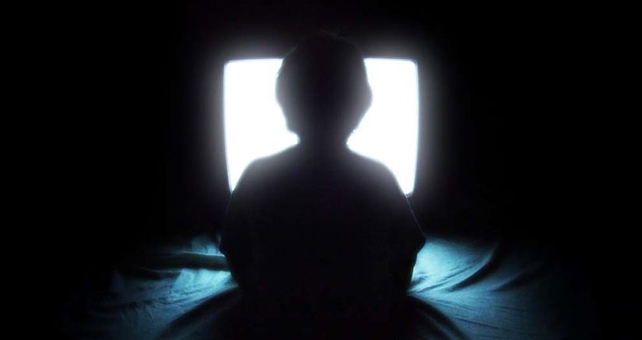 In 2005, American journalist and author Richard Louv coined the phrase ‘nature deficit disorder’ to express the consequence of this disconnection. “Nature deficit disorder describes the human costs of alienation from nature, among them: diminished use of the senses, attention difficulties, and higher rates of emotional and physical illnesses. The disorder can be detected in individuals, families and communities,” says Louv.

Outdoor play is crucial for physical health and mental well-being. According to a governmental report, approximately 20% of children and young people in the UK are overweight and obese. This issue is correlated to changes in lifestyle.

Mental illnesses among the young are also on the rise according to an RSPB report. Over 40,000 children in the UK now use antidepressants and between 5 and 10% of schoolchildren are affected by attention deficit hyperactivity disorder (ADHD).

On the other hand, the culture of consumerism and materialism is negatively affecting children’s self-esteem and emotional coping mechanisms. David W. Orr, professor of environmental studies at Oberlin College, USA says, “We have little idea of the long-term effects of excessive materialism on the child, but it is reasonable to think that its hallmarks are satiation, shallowness, and the loss of deeper feelings having to do with a secure and stable identity rooted in the self, relationships and place.” [Orr D.W. Political Economy and the Ecology of Childhood in Kahn P.H. Kellert S.R. eds. Children and Nature: Psychological, Sociocultural, and Evolutionary Investigations, MIT Press 2002].

Is Vitamin ‘N’ a Solution? 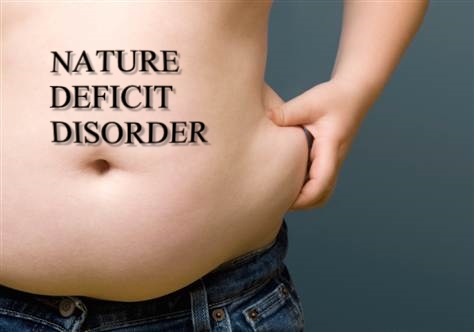 Spending more time outside—be it in a garden, a park or a wilder setting—can have a tremendous positive effect on our health.

When it comes to managing stress and anxiety, vitamin ‘N’ (for nature) delivers instant results. According to a University of Essex study, a walk in the countryside reduced depression in 71% of participants. Even as little as five minutes in a natural setting could significantly improve mood, self-esteem and motivation, the study found. (Study results explained)

Children are naturally attracted to nature. When outdoor, they engage in physical activities spontaneously. Outdoor play is thus a key element in tackling obesity.

So is it time for doctors to start prescribing outdoor time? Mind, a British mental health charity established by the National Association for Mental Health, promotes the idea of ecotherapy as the best natural, free and accessible treatment for improving mental well-being.

According to Mind’s 2007 report, participating in green exercise activities provides substantial benefits for health and well-being. Ecotherapy could contribute to reducing the £338 million that antidepressant prescriptions cost the public health service.”

In Japan, shinrin-yoku, or ‘forest-bathing’, is a recognized relaxation and stress management activity. Similarly in the US and UK, wilderness therapy, care farming and other forms of natural activities are becoming increasingly popular.

We shouldn’t wait until we find ourselves suffering from nature deficit disorder. Experiencing nature should become a part of our everyday routine and we should ensure that our children get their green time daily. Prevention is better than cure.