Figs are a top source of fiber, as well as potassium and vitamin B6.
aaa

Modern Muslims often turn to books and magazines to find out what foods will make them healthy. However, the Qur’an and Hadith have provided many ideas of foods that we can include in our ideal diets. 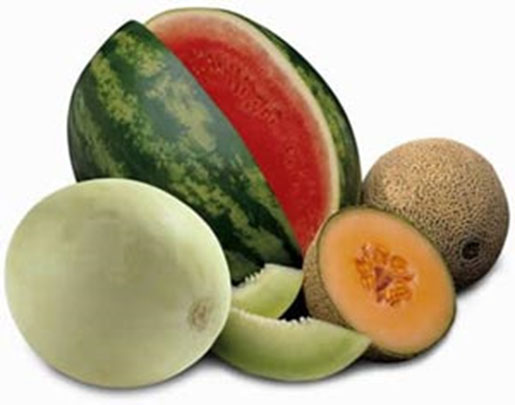 The Qur’an (Surat Ar-Rahman 55:68) says that “fruits, palm trees and pomegranates” were provided for our nourishment. Bukhari states that Melon was among Prophet Muhammed’s most favorite fruits.

In fact, melon is one of the best recommendations for health the Prophet (SAWS) has given us. Melon is one of the few fruits and vegetables rich in both vitamin C and Beta-Carotene. In addition, half a melon contains 825 milligrams of potassium (24% of the USRDA).

The body uses potassium to help eliminate excess sodium, which in large amounts can cause blood pressure to rise, says Dr. George Webb, an associate professor of physiology and biophysics at the University of Vermont College of Medicine.

Factually, a study on over 10,000 people found that those with the highest potassium levels had the lowest blood pressures. In addition, potassium helps keep the body’s LDL (dangerous cholesterol) from sticking to the artery walls.

Melons also provide a very rare nutrient called folate. It’s a B vitamin which is essential in combating birth defects and heart disease.

Prevention’s New Foods for Healing Guide mentions a study of almost 4,000 mothers that revealed that those who got enough folate were 60% less likely to have children with brain and spinal cord defects.

Additionally, men can benefit from folate too. Folate controls the levels of a chemical called “homocysteine” in the body. When allowed to exist in excess, it can contribute to artery clogging and thus heart disease. 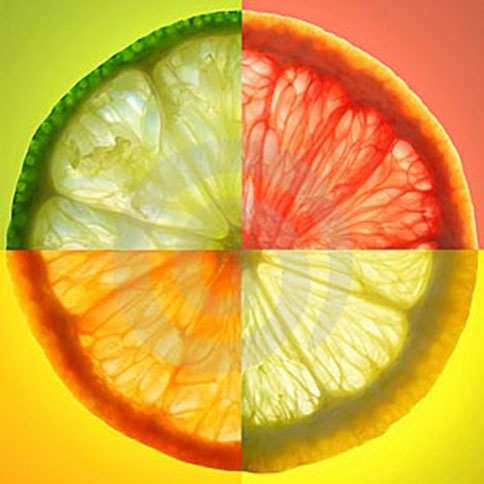 Citrus is also a favored fruit of the Qur’an and Hadith. The Prophet (pbuh) has said, “The parable of a believer who reads the Qur’an regularly is like that of a citrus it has a good taste and a good fragrance“.

In reality, all citrus contain many valuable nutrients. Most famous of these is vitamin C. Vitamin C is famed for its powerful antioxidant properties (meaning that it disarms powerful oxygen molecules in the body that contribute to cancer and heart disease).

The body also uses vitamin C to manufacture collagen; the substance that glues cells together and is essential for healing. A large lemon contains about 75 percent of the USRDA of vitamin C.

In addition, substances dubbed limonene and limonese can block some of the cellular changes that can lead to cancer.

Public knows oranges are the main source of vitamin C. Yet, fruits like the kiwi and acerola berry contain more vitamin C than an orange.

Researchers have found that although oranges are a valuable source of vitamin C that this vitamin accounts for only about 15% of the total healing activity in an orange.

Oranges actually have much more to offer. Hesperidin, found in oranges has been found by Brazilian researchers to stop inflammation without damaging the stomach lining as aspirin can.

Oranges also contain limonene, which according to Michael Gould, a professor of human oncology at the University of Wisconsin Medical School “cause cancer cells to self-destruct.”

In the Medicine of the Prophet, it’s also mentioned that God’s Messenger (SAWS) loved grapes and melons. Although alcohol is forbidden, the Qur’an mentions grapes alone six times.

Grape juice is an important source of flavanoids that can lower risk for cancer and lower cholesterol. It can also prevent hardening of the arteries and fight heart disease.

In 1996 scientists noticed that although the French ate four times as much butter and lard as Americans. They had higher cholesterol and blood pressure that they had two and a half times less incidences of heart attacks.

The general public was afraid when scientists concluded that the flavanoids in red wine were responsible. 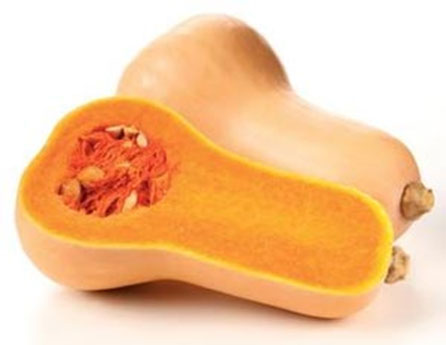 However, Muslims can now celebrate over the recent finding that grape juice contains the same flavanoids and nutrients as red wine (in about half the concentration) with none of the undesired side effects of alcohol.

Prophet Muhammad has mentioned squash in his hadiths. A Hadith from Bukhari quotes that Ibn Malik said, “A tailor invited the Prophet to a meal that he had prepared, and I went along with the Prophet. The tailor presented barley bread and soup containing gourd and cured meat. I saw the Prophet picking the pieces of gourd from around the dish, and since then I have kept on liking gourd.”

Dexter L. Morris, MD, PhD, vice chairman and associate professor in the department of emergency medicine at the University of Northern Carolina School of Medicine says that “Squash and gourd contain such a rich array of vitamins and minerals and other compounds that scientists have just begun to map its healing power.”

However, they have managed to come to at least a few conclusions and one is that squash is one of the richest sources of vitamin C and beta-carotene (25% and 66% respectively).

Scientists have found that people who have more vitamin C in the diets over time have fewer lung ailments. That’s because the vitamin travels to the lining of the lung and serves as an antioxidant. 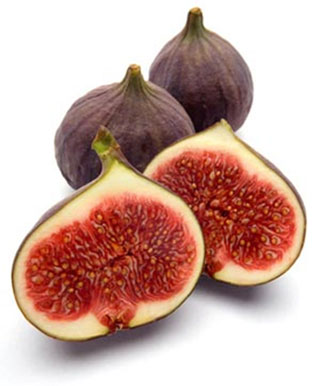 Even dried fruits are beneficial according to the Qur’an and Hadith. The Prophet (SAWS) mentioned figs and then stated, “If I had to mention a fruit that descended from paradise I would say this is it because the paradisiacal fruits do not have pits…eat from these fruits for they prevent hemorrhoids, prevent piles and help gout.” (Bukhari).

Figs are a top source of fiber, as well as potassium and vitamin B6. Fiber results in bulkier stools, which lessen the incidence of constipation, hemorrhoids and colon cancer. Fiber also lowers cholesterol and the risk of heart disease. Just one fig provides 20% of the USRDA of fiber.

A Harvard University study of 43,757 men ages 40 to 75 found that those who eat the most fiber had about half the risk of getting a heart attack.

Furthermore, men who added just ten grams of fiber a day to their diet (six figs) lowered their incidence of heart disease by 30%.

This could also be why fibrous dates are another favored food of the prophet who said, “Whoever takes seven ‘Ajwa dates in the morning will not be effected by magic or poison on that day.” (Bukhari) The Prophet has also said, “There is a tree among the trees which is similar to a Muslim (in goodness), and that is the date palm tree.”

As Muslims we are wise to include these foods in our diet. Allah has blessed us with many good foods and in the Qur’an (Surat Al-A’raf 7:160). It says “Eat of the good foods We have provided for you.”