Psychology is that branch of science that studies the human unconscious through which the human psyche protects itself to keep being motivated.
aaa

In our modern world, science kept looking for an answer for a simple question; what is it that keeps us motivated along our lives? What makes us cope with dangers and catastrophes such as earth quakes and floods? Humans showed amazing skills adapting with the ups and downs of this world. We also accepted the most frightening concepts of life like death.

Psychology is that branch of science that studies the human unconscious through which the human psyche protects itself to keep being motivated. Primitive man also found his way to inner peace through interesting philosophies by which modern psychology was inspired.

An old Chinese story tells of an old farmer who had a horse. One day the horse escaped into the hills. All the farmer’s neighbors sympathized with the old man over his bad luck, the farmer replied, ‘Bad luck? Good luck? Who knows?’

A week later the horse returned with a herd of wild horses from the hills and this time the neighbors congratulated the farmer on his good luck. His reply was, ‘Good luck? Bad luck? Who knows? ‘Then, when the farmer’s son was attempted to tame one of the wild horses, he fell off its back and broke his leg. Everyone thought this was a very bad luck, yet not the farmer, whose only reaction was, ‘Bad luck? Good luck? Who knows?’

Some weeks later, the army marched into the village and conscripted every able-bodied youth they found there. When they saw the farmer’s son with his broken leg they let him off. Now was that good luck? Bad luck? Who knows?

Like many other philosophers, Lao Tzu noticed the polarities in this world. Instead of fighting against opposites and changes, he and the worldwide-known Chinese philosopher Confucius (551-479 BCE) believed that living in peace with polarities and accepting change is the way to wisdom and enlightenment. Both of them were inspired by the ancient Chinese book the “I Ching” also known as “The Book of Changes”.

Similar ideas were common between different cultures and civilizations. Like many philosophers of his time, Plato (428-348BC) also believed in those sorts of universal forces that can move human instincts. As a philosopher, he believed that having morals and wholeness are the way to reach wisdom and be eternal like the heavenly cosmos.

But with mentioning all that, how can we live in peace and harmony alongside opposites and contradictions? How can we accept changes even if they appear to be dreadful?

Archetypes are those non-physical and universal forces or energies that when become understood, humans can achieve harmony and peace. Throughout mankind history, ancient civilizations represented those kinds of forces in mythical figures. Even in various cultures we see those archetypes manifested in different stories, while in literature archetypes are always around. Warriors and heroes are famous examples of the archetypes.

Building upon Plato’s philosophy and the Far East cultures, Carl Justav Jung the great 20th century Swiss psychologist (1875-1961) believed that the human psyche behaves through universal patterns that keep repeating. Jung believed that these patterns were caused due to the collective unconscious which is the interaction between the psyche and the outer world that cause psychic patterns, as we’ve explained in a previous article.

After studying the similarities between ancient myths and psychic patterns Jung called those behavioral patterns or prototypal forces as “Archetypes”.

According to him; the human psyche is composed of the self, the shadow, the Anima, the Animus, and the Persona. The self is the very center of the psyche, which is the moral part and represents wholeness. The shadow is the much hidden traits of a person that can’t be seen and the Anima is the female portion of the male that creates polarity and the need for the female and communication, while the Animus is the opposite of the Anima being the male portion of the female. As for the persona, it is quite the opposite of the shadow which is the mask that the psyche wears in order to save itself against the opposites gained from the collective unconscious.

According to Jung, knowing our shadow or the deepest traits of our psyche makes us aware of ourselves having the best outcome of it. While being fake wearing the persona mask to feel good against the collective unconscious, will lead the person to be unaware of his own self and will direct him to be hit by psychological pathogens.

The Swiss psychoanalyst proposed that archetypes can influence the psyche affecting human instincts. Yet, archetypes are not instincts themselves. In fact they are those universal, prototypal, and repeating patterns represented through symbols that drive and force our life to continue.

Some universal archetypes are the child, the hero, the martyr, the sky father, the great mother, the wise old man, the warrior, the devil or Satan, the trickster or the fox, etc… There are also archetypal events such as; birth, death, separation from parents, marriage. Archetypal motifs can be the apocalypse, the deluge, and creation. 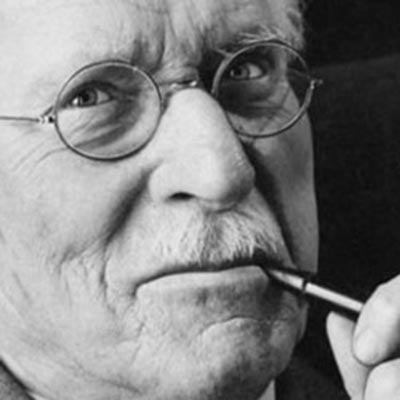 Jung also believed that drawing symbols seen in visions can be used as a therapy that he called art therapy.

Archetypes have many opposites that can clash like the mythical clashes of the titans. They appear in our dreams through psychical patterns in different forms to make us alert and let us know them. Neglecting the opposites or the archetypes is the way to struggle against changes. Without harmonizing those opposite archetypes, an internal psychic war would take place causing psychical patterns and leading to psychological self-defense mechanisms and pathogens.

On the contrary, knowing the archetypes and understanding them leads to harmonizing the opposites and living in peace with changes, in a status which is called Individuation. It is through Jung’s Alchemical Psychology that he studied the archetypes in Occult, Cult, and mystic practices leading him to unlock the gates of individuation.

Jung believed alchemical symbols and the alchemy process are the transformation of the impure soul from the metal lead to the perfected soul having the metal gold. As a therapy it was finding the traits of your real self-being in the most center and balancing the archetypes that makes the gold.

He believed that expressing different psychical patterns through dreams or deep meditations can lead to seeing some manifestations of the archetypes. According to him, seeing those archetypes can lead to being in peace with them and that’s why he made the red book which is full of archetypal symbolism and manifestations. He also believed that drawing symbols seen in visions can be used as a therapy that he called art therapy.

Mysticism as a concept in different religions always focuses on the mystic approach towards inner peace. As a part of the mystic Islamic practices, Dhikr circles were developed much like Mantra meditations that help going into deep relaxation. It is believed that going into deep trances can cause visions of certain symbols that can be used in healing. Such a trance is called Ghayba.

In Islam, reaching inner peace occurs by accepting destiny, life changes, and treating people and the world generally with love and care. It is through Sabr and Ehsan (patience and philanthropy) people can reach inner peace. It is through morals humans can reach wisdom and enlightenment. That’s why the Quran says: [And hasten to forgiveness from your lord and a garden as wide as the heavens and earth, prepared for the righteous. Who spend [in the cause of Allah] during ease and hardship and who restrain anger and who pardon the people – and Allah loves the doers of good.] (Surat: ‘Ali `Imran 3:133-134).