aaa
Q Why should God prohibit certain kinds of food, when everything has been created by Him?

Short Answer: Basically, because He has wisdom we don’t have about the correct way in which our body was meant to function. He knows better what is good for us from among His Creation. He orders, we obey.

As for the prohibition of food, I quote below one relevant Quranic verse which gives the meaning of:

Forbidden to you (for food) are dead meat, blood, the flesh of swine, and that on which has been invoked the name of other than Allah; that which has been killed by strangling, or by a violent blow, or by a headlong fall, or by being gored to death; that which hath been (partly) eaten by a wild animal; unless ye are able to slaughter it (in due form); that which is sacrificed on stone (altars); (forbidden) also is the division (of meat) by raffling with arrows: that is impiety… (Quran 5:3)

If God tells His obedient servants (that is to say, those humans whom are willing to follow His laws) that they are prohibited from eating a particular kind of food, then the duty of His servants is just to follow that command.

That is a test from God, which those who love God will take seriously.

It is not a question of certain things having been created by someone other than God. God is the Creator of everything.

He is in command of everything, and He is the Lawmaker and the 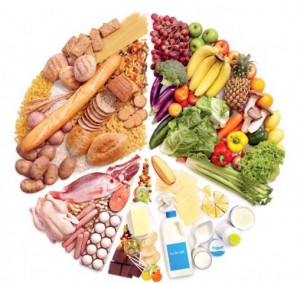 Allah has the Dominion and the Power of command.

This is the Islamic view of the universe and our duty is to understand His commands and obey.

It is a matter of submitting to his Will, not a matter of who created what is prohibited and who did not.

He Wants Us To Care For Our Bodies

Biologically speaking, what God has forbidden us to eat are unhealthy if consumed. Read, for example, these pig and pork facts.

I hope this brief answer gives you an idea about the wisdom of yielding to the only One Who is worth surrendering to in complete submission.

Why is Pork Forbidden in Islam?