Space | Do You Believe Space Missions Are Waste of Money?
aaa

AboutIslam’s official Facebook page highlighted a post about a really itching issue that draws a dull-face for astronomers and causes severe headaches for them every time they talk about their field to public.

Space was always linked to BIG numbers; huge distances, long years, lengthy cycles, billion-year events, and costly missions. Such gigantic digits lead the “Astronomical Number” expression to colloquially spread as a common idiom in many cultures in the world for “Uncountable or Unbelievable Things”.

Perhaps the majority of the public are not aware of the effectiveness and successfulness of the applications of space sciences in their very daily life. Millions of people believe that space missions are real wasted money, but they aren’t aware that thousands of applications they use on daily basis wouldn’t have existed without the successful findings of space missions and without sending spacecrafts outside Planet Earth to observe, discover, try and examine.

On the other hand also, millions of people believe that space missions might not be useless money sewers, yet they are unnecessary luxurious and pricey paper planes which must not be accounted as a priority in a world mingled with poverty, diseases, famines…etc.

Although developed countries which launch major space missions do fund international, national and private NGOs with billions of their currencies’ banknotes to build infrastructures, amend healthcare sectors, and improve human lives and even livestock and animal lives in other poor societies.

But the fact is that viewing space missions as luxurious unneeded waste of time, money and effort is another uninformed point of view which is unaware that space agencies invest money in space projects and commence space missions which are technically designed and scientifically aimed for dealing with major global problems and finding answers for them.

Space missions always helped in solving major dilemmas efficiently and they systematically present cheap and practical solutions for countless numbers of fields from advanced medicine, healthcare and military technology, to your personal needs in cooking, hairstyling, and broadcasting!

Some comments of AboutIslam’s audience expressed their views on issue saying:

Anas Hossain: No absolutely not! It lets us know more about our majestic Creator, SubhanALLAH.

Sikander Chopdat: When so many people don’t have clean water to drink, food to eat, living in tents if they are lucky. Can the billions not be better spent?

Zakariah Zecko: No it’s not a waste of money. In fact it is good for knowledge. We Muslims should learn more about time & space. Other societies can surpass us to go and discover other galaxies someday, while we are still here doing nothing, it’s not impossible!!

Zahida Malik: Sure, just wasting money and time both.

Mas Doksh: Yes of course, because the nations who do it aren’t believers. They don’t know that Allah who made that great separation of the Moon, and so He is the one who made the collection of these separated parts again by this own force, so no need for traveling there.

Mohammad Khizr: Give me a single thing that space missions helped humans with! They got nothing from space yet? Nothing, so it is waste.

Shelly Mruk: As long as the missions are realistic & to promote logical education & preservation of our planet. However, I wonder if it’s more for glory & ego. There are many more uses for the money if that be the case.

Furqan Ali Ahmad: It’s not the mission that matters rather the aim of the mission.

Jaime Cortez Espiritu: Yes of course. This is similar to building your very big house, buying luxurious cars and building tall buildings like some Gulf Arabs do.

Ilker Demirkoparan: It’s a waste of time and money. They are searching for life in space when so many people are dying here on earth!! I agree with Sikander Chopdat’s comment.

Fatima Bellringer: Yes it is a waste.

Pamela Reis: Yes I think they are a terrible waste of money when so many people are starving! And others do not have housing conditions or water etc!

Notime Hightime: Whoever spends money, they spend money of their own. So why others should bother! 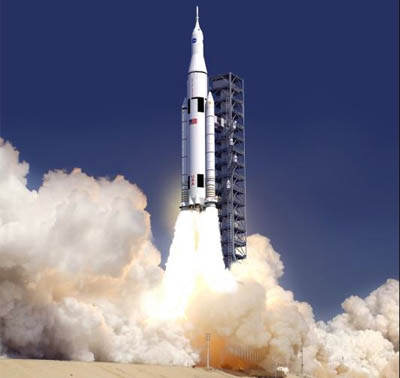 “Read… Read… Read…” This was the first order from Allah to the last prophet to mankind, Mohamed (may the peace and blessings of Allah be upon him), to imply the very strong relationship between Islam and knowing, discovering and being aware.

It is worth noting that “Read” here means “critical reading”, which points to a logical process that includes:

Everything in the world should be pointing to this creator, “The creature points to its creator”. Prophet Muhammad (PBUH) said, “Seeking knowledge is an obligation upon every Muslim.” [Narrated by Ibn Majah]. He also said, “For one who treads a path to knowledge, Allah will make easy the path to Paradise.” [Narrated by Muslim].

Moreover, the Holy Qur’an also encourages human being to be knowledgeable; “Indeed, in the creation of the heavens and the earth and the alternation of night and day are signs for those of understanding.” [Surat ‘al Imran: 3:190]. Allah also says: “Say, ‘Are those who know equal to those who do not know?'”[Surat ‘al Imran: 39:9]. Furthermore, our God Lord of All said, “We will show them Our signs in the horizons and within themselves until it becomes clear to them that it is the truth.” [Surat Fussilat: 41:53].

Islam is one of the faiths which highly depend on astronomical knowledge in its rituals. Islam is a very organized religion that values time-commitment. Islamic fasting, prayers, Qiblah,…etc all depend on timekeeping, coordinates and directions, in addition to other scientific concepts related to space sciences.

Lacking the knowledge of these astronomical and space-related conceptions wouldn’t have had allowed us to practice our Islamic rituals correctly, but thank God that Muslims mastered in these disciplines.

Is It a Financial Waste?

Economically speaking, every country and human society should be concerned with the investments and the financial utilizations of other countries which could affect their own spheres. And since the national economies of the world are dependent on each other, everybody should be bothered with the money getting out to space.

Therefore, the public must understand that massive investments in space missions are totally beneficial and profitable for world economy and for the countries which launch these missions and invest in space technology.

What Japan, or the EU or China and USA invest in NASA or JAXA and satellite space sciences conglomerates returns to the American economy and the economies of those other countries with financial & scientific profits as well as practical and realizable applications in other sectors and fields.

Profits of astronomical missions exceed trillions of dollars in form of income for the USA and NASA, and in the forms of scientific applications in your daily life. Looking to space, everything we hold of value on Earth; metals, minerals, energy, real estate, or water, are in near-infinite quantities in space.

Studying space and its innumerable celestial bodies give us detailed glimpses of similar natural processes which take place both on our home Blue Marble planet and in other similar astronomical objects.

Space missions allow us to investigate and test natural phenomena like droughts, climate change, tides,… etc. which take place on other planets, and afterward, permit us to examine solutions for them before applying that in our home planet without causing harm for it.

By a quick short move of an astronomer’s hand to direct the tube of a telescope to discover and monitor gatherings of celestial bodies in a minute, he/she are actually travelling through time and see live images of real models created by Allah similar to our own planet. Space missions do this task even better.

Those far and varied live models hanging in the sky by Allah’s will show us the topographic, geographic, geological, atmospheric,…etc appearances of Earth as it was billions of years ago and even billions of years afterwards as it will be, God willing, all that at the same time of a single astronomical observation.

Observing and analyzing that enhances our calculations and equations to form better models and scenarios to solve our terrestrial problems like terraforming earth’s deserts to host millions of human populations, avoiding severe climatic changes as well as many other obstacles.

Space discoveries help in keeping you safe, as well as your family, friends and country through its military and weaponry applications. As an example we knew that mixing matter with antimatter leads to their annihilation, developing a weapon that emits antimatter to vanish matter particles could be possible.

No need to mention for example that GPS, forecasting, and for instance watching the football world cup would have been no more than myths without studying celestial mechanics, spherical astronomy and other astronomical disciplines that facilitate for us putting a satellite in an orbit successfully.