Do you think you’d ever want to try to climb to the top of Mt. Everest? What do you think the greatest challenge would be? Surviving in the cold weather? The difficulty of the physical climbing?

In the Holy Qur’an, Allah All-Mighty says “And whomsoever Allah wills to guide, He opens his breast to Islam; and whomsoever He wills to send astray, He makes his breast closed and constricted, as if he were climbing up into the sky. Thus Allah puts wrath on those who believe not.” (Surat Al-An’am 6:125).

Altitude Sickness aka Acute Mountain Sickness (AMS) or Hypobaropathy is a pathological effect of high altitude on humans, caused by acute exposure to low partial pressure of oxygen at high altitude.

In fact, it commonly occurs above 2,400 meters. As a matter of fact, AMS presents as a collection of nonspecific symptoms, acquired at high altitude or in low air pressure. It resembles a case of “flu, carbon monoxide poisoning, or a hangover”.

It’s hard to determine AMS suspected patients since there are no factors that correlate with its susceptibility. However, most people can ascend to 2,400 meters without difficulty. 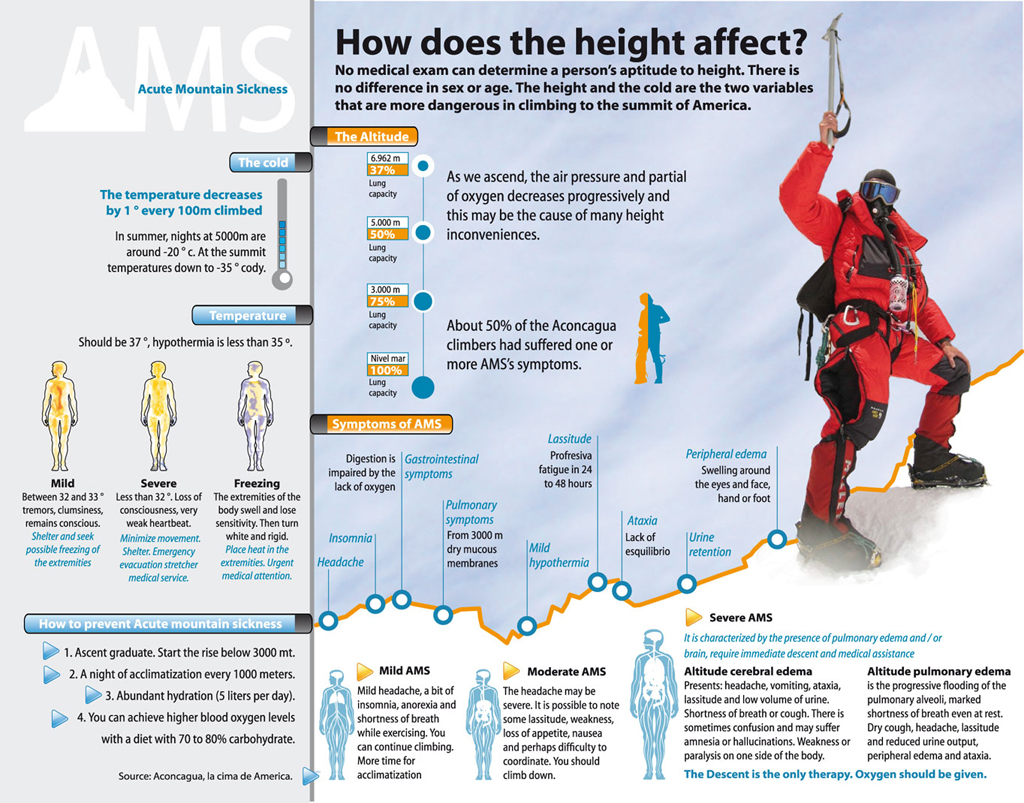