“I had no family”, Pam* says as she looks back at her life before Islam and the thought of “coming out” as a Muslim. She was a 27-year-old, and Islam seemed like the natural next step in her life.

Pam found out from the man she was dating that the motivation behind his good manners was his love for Allah and Islam. And so, she began to look more deeply into the faith. Even thought the relationship didn’t work out, Pam converted to Islam.

“My father and mother had passed away. I had no siblings, aunts, uncles, or grandparents. So, when I thought about telling the people in my life that I had converted to Islam, it didn’t seem that big of a deal.”

Pam says she felt it would be simple to tell her friends, whom she saw as a group of open-minded and accepting people. She knew she wouldn’t have problems at work because the law protected her right to religious freedom.

“I was dead wrong!” Pam says. “My friends initially seemed to accept my decision to live Islam, but they began to ask me passive-aggressive questions that grew into, frankly, ignorant and insulting questions.

Pam’s closest friend would even disguise her disdain for her choice of religion as concern for Pam. She recalls, “Sharon [her best friend] would say things like, ‘I just worry that you will be oppressed by men’ or ‘I am just concerned that you are giving up your rights as a woman.’

But when I would address her concerns, she would completely shut down all communication and become extremely emotional. 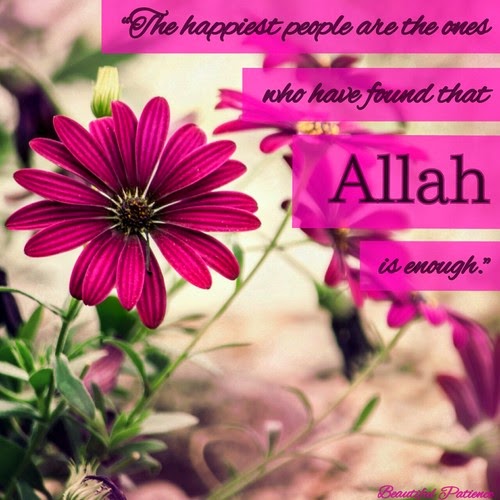 “Many of my other friends acted like I had been taken over by an alien life form. They would ask me things like could I still joke around or have fun or have non-Muslim friends now. When I tried to meet their questions with explanations, telling them I was still me, what Islam meant to me, and that I just have a new purpose and perspective in life, they became more and more distant.”

As an orphan with no family, Pam didn’t think it was possible to feel more alone in this world. But, she says:

“My loneliness consumed me after converting to Islam and seeing my closest friends’ reactions to my choice. I was devastated. These people I thought I knew, I didn’t know at all.”

At work, Pam didn’t think it was important to announce her change in faith. She felt it wasn’t anyone’s business in the workplace. But she did confide in her manager in order to ask what a good place for her to pray would be.

“After I spoke with my boss about my faith and the prayers I would need to perform at work, my co-workers started to act very strange. At first I thought it was in my head. I thought that maybe the pain of how my ‘friends’ had acted was coloring my perspective. But then someone started a rumor that I was stealing from co-workers. I have never stolen anything in my life. I was called into HR to discuss ‘the issue of me stealing’. And I was mortified.”

“Coming to Islam was the best decision I have ever made, but I was sideswiped by the reactions from the people in my life, people I thought of as family. I sometimes think that these people who considered themselves accepting and open, would have been more supportive of me if I had begun worshiping Satan or even murdered someone. But they drew the line at converting to Islam without even knowing anything of the religion. It’s kind of ridiculous to me.”

Today, nearly 5 years after her Shahadah, Pam says that she now has family in her Muslim community. She feels a sense of belonging she has never felt before.

“I hear that a lot of times converts have a hard time integrating into their local Muslim community. But that has not been my experience, Alhamdulillah. I am so grateful for this. And I have been received with open arms. I have many brothers and sisters and aunties and uncles, who all make me feel like I am one of them. They remind me that we all come from Allah (SWT), that our father is Adam and our mother Eve.”

*Any names used in this article are pseudonyms to protect the identity of the innocent.