Circumcision | God couldn't be expected to instruct people to do things that are harmful to themselves.
aaa

A scientific discovery in 2013 explained the benefit, but not the value of circumcision. The value, as Jews and Muslims have always known, is in doing something that God wants humans to do.

But in the last few years scientists have discovered that a benefit of circumcision is that it provides heterosexual men with considerable protection against infection by HIV and other sexually transmitted diseases. Doctors now urge Christian men in Africa to be circumcised.

The new discovery is that uncircumcised men harbor more bacteria around the head of the penis. And the mix of microbial species is decidedly different in the two groups.

These changes in microbial numbers and diversity may explain why circumcised men are less likely to get infected with HIV.

The report, which appeared April 16, 2013 in mBio, finds that when the foreskin is removed from the head of the penis, resident microbes become exposed to oxygen and flee the scene.

The scientists suggest that high amounts of bacteria, and the presence of poorly understood anaerobic microbes in uncircumcised men might contribute to inflammation, which would facilitate infection by HIV lodged in the foreskin.

Of course, Muslims and Jews have been circumcising their sons for many centuries; long before the Europeans and the West knew of the medical benefit of this religious duty.

Maybe this habit was delivered to ancient civilizations through the sons of Adam as he was educated by Allah, but what’s evident archaeologically is that the earliest evidences of male circumcision was practiced by the ancient Egyptians since antiquity.

Not only that, but the ancient Egyptians were even doing it for their knowledge of its hygienic and health care reasons. Egyptians considered it as an obsession with purity and was associated with spiritual and intellectual development.

Sumerians of Iraq also were one of the earliest human societies to circumcise their sons. 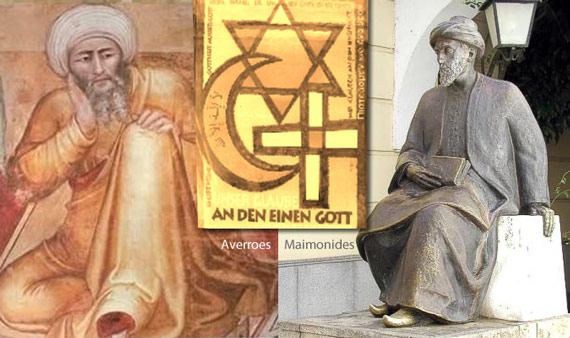 For most religious Jews and Muslims, it comes as no surprise that a traditional religious duty should have beneficial physical effects. God won’t instruct people to do things that are harmful to themselves.

But Muslim and Jewish philosophers have long debated the following question: are all religious laws rational (meaning that if we had enough knowledge we could rationally understand why everyone should obey these laws for our own benefit); or are some/most religious laws trans-rational spiritual laws, that help the members of each religion become closer to God in a way special to that religion.

Saadia Gaon (882-942), thought some of the commandments are an obligation because they depend on reason. That’s while other commandments are trans-rational and depend only on revelation. We must accept the latter for no other reason than obeying God.

Bachya ibn Pakuda (11th century) had an outlook very similar to that his Sufi friends. He combined Saadia’s division of the commandments with his focus on “duties of the body” and “duties of the heart”.

In his opinion, Bachya believed bodily duties are of two kinds: duties of reason, and duties that doesn’t depend of reason; (like the prohibition of eating milk and meat together).

The “duties of the heart,” are intellectual reasons or emotional reasons, such as trusting and loving God.

For Bachya, commandments with no apparent reason are opportunities for spiritual growth through acts of holiness which bring us closer to God.

Judah HaLevi (1075-1141) was a poet and philosopher. He classified the commandments under three headings: rational laws which had to do with belief in God and ethical justice; governmental laws having to do with the general functioning of a society; and revealed divine laws whose function was to elevate Jews and people to commune with God.

The famous philosopher Maimonides (1135-1204), perhaps the greatest of all Jewish philosophers didn’t distinguish between so-called “rational” and trans-rational laws.

In his opinion, all of the commandments in the Torah had useful reasons for the welfare of the soul or the body. If we cannot explain the reasons rationally it is because we don’t have enough knowledge. Perhaps future generations will understand.

Nachmanides (1194-1270) was a mystically inclined commentator on the Torah. He maintained that there was a reason for every commandment in the Torah. Although, many of the reasons were trans-rational and would only become clear on Judgment Day or in the world to come.

I believe that most ethical commandments in each revealed religion are very similar to each other. Any person who lives up to the teachings of love, peace, and goodness in his religion, won’t behave very different from kind and loving people in other religions.

Religions differ in their spiritual activities. Just like couples treat each other similarly; but vary in the forms that they use to express their love.

These forms are very important and unique to each couple because love resides in specific details. The same principle applies to religion. As the great Muslim poet Rumi says: “Ritual prayer differs in every religion, but belief never varies.”

This also means that faith is a constant that expresses itself in every religion’s ritual in a unique way.

The commandments we can’t rationally explain are the best ones for expressing our love; because they are unique to each religion’s prophet’s words and acts.

Thus, the benefit of sexual intercourse for a married couple is in the possibility of having children.

The value of sexual intercourse for a married couple is in strengthening and enhancing their love for each other.