Ramadan is the perfect time to abandon bad habits, acquire good ones, ditch old routines, and make new starts.
Ramadan motivates you to make plans to transform into a better version of yourself. It works for the first few days. Then, although your motivation wanes, your willpower keeps you going since your daily schedule is altered and your resolutions have become part of the Ramadan routine.

Then Eid comes, and many of us find that once the festivities are over our self-discipline has evaporated and we are back in the old rut. Procrastination, laziness and bad time management make our Ramadan resolutions seem too hard to sustain, and we struggle until we eventually give up.

It’s a common scenario, but failure is not inevitable.

Plenty of literature is available on techniques we can use to develop new habits or get rid of old ones. Experts advise us to ‘rewire our brains’, but how is that done?

“Rewiring the brain is a lot trickier than most people think,” says neuroscientist Dean Burnett, who is also a science blogger for the Guardian and author of the book “Idiot Brain”. “When we’re used to doing something constantly on a very regular basis over long periods of time, our brains essentially adapt to it; they grow to expect it. When it’s something particularly potent, like drugs, this happens to an alarming extent, and it can be extremely difficult to counteract. Obviously fasting and giving up bad habits aren’t nearly as dramatic, but they’re still tricky.”

It’s tricky, but not impossible. 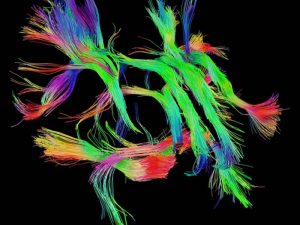 To start with we should make our goals clear and realistic. Our brain might try to resist big changes, but finds it easier to accept smaller ones. Take baby steps and start slowly.

If you struggle to recite the Qur’an daily, start by reading just a few verses or for fifteen minutes a day. You can increase the amount later.

Altering the context in which certain behaviors happen can make it easier for us to change them. If we want to limit the time we spend on social media, for example, we can keep our phones and computers out of sight, or limit their use to a specific space, like our home office.

Or we might decide to only check our messages as a reward after finishing work or household duties.

“There are deep-rooted systems in our brains that are constantly monitoring effort and reward, and calculating the net gain/loss of our actions. Basically, there’s a part of our brain that’s constantly asking ‘is this worth it?’ and encouraging us to take the easy option,” says Burnett.

So if you want to make reading the Quran a daily habit, always keep a copy with you and have one placed within your reach from the sofa where you usually sit.

Or if you want to eat healthily, make sure you don’t have junk food at home.

“The hungry brain will think going to the kitchen is easy, while going to the shops is more difficult and needs more effort, so it will be discouraged from doing it,” explains Burnett.

Create triggers to help you maintain new habits. If, during Ramadan, you recited Qur’an after the fajr prayer, then use fajr as your trigger. If you want to exercise more and go for a walk after dinner, then that sequence of actions is your trigger.

You can also create visual triggers, placing objects that remind you of your new behavior everywhere around you. Keep a chart of your progress and update it daily, for example. Writing the number of verses you’ve read each day on a wall calendar could motivate you to read daily because your brain will want to keep the chain of record unbroken.

Motivation can also be maintained by associating our new habit with a social group.

“Much of our brains are engaged with social interactions and approval, so being alone means we’re more likely to give into temptation as nobody will know. However, being around others means we risk judgment and criticism, as do they from us,” says Burnett.

Get an exercise buddy, or find a Qur’an teacher who will check on your progress.

Finally, “How long it takes to form a habit varies considerably depending on the situation,” explains Burnett. “The human brain in particular is so vastly complicated that there are countless variables to be considered. It varies from person to person. At the cellular level among individual neurons a habit can form in a matter of hours, but there are just too many things happening in the brain to be sure when it comes to human behavior.”