When will the month of Safar, the second month of the Hijri Calendar, start where you live?

Like all the other Hijri lunar months, the month of Safar spans over 29 or 30 days; and for that reason we conduct the lunar astronomical observations and calculate the lunar months to know their exact dates every year.

The Hijri Calendar is a lunar dating system, and its months begin when the lunar phase called First Crescent of a new moon is sighted.

Since the year of the Hijri lunar calendar is 11 to 12 days shorter than the solar year, Safar and all other lunar months migrate backwards throughout the seasons, during a cycle of about 33 solar years.

The Astronomical New Moon (conjunction) took place last Sunday, the 30th of October, 2016 at 17:38 UT. However, the moon wasn’t visible anywhere in the world. 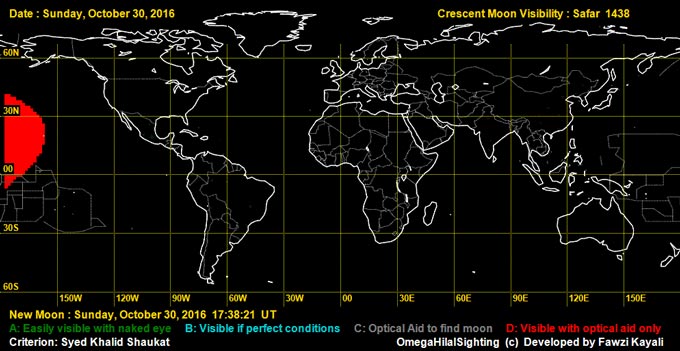 On Monday, the 31st of October, the moon will be sighted with difficulty in some parts of the central Muslim World, but will be easily seen without optical aid or climatic obstructions in the Americas. 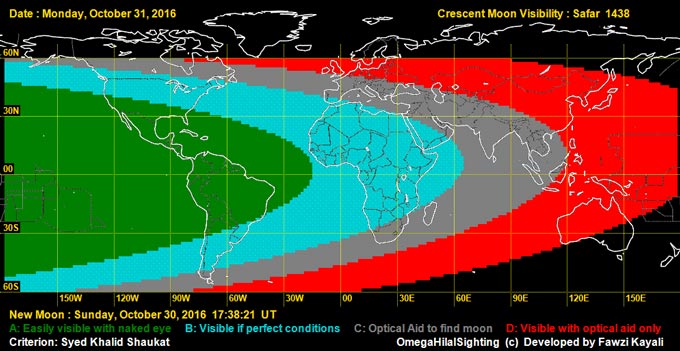 On Tuesday, the 1st of November, the moon will be seen in the rest of the world. 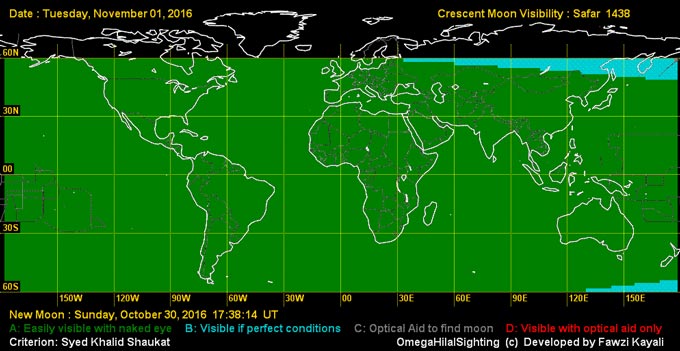