A tradition states, “There are no new ideas, just new people to discover them.” It’s, in fact, amazing to find how many “modern discoveries” have already been mentioned in the Qur’an or Hadith.

There are a number of words of advice and nutritional habits of the prophet (SAWS) that have substantial support in scientific literature. Among this advice is that we should eat whole foods, we should combine foods properly, we should eat foods in their seasons, and we should not drink with meals.

In Sahih Bukhari, a number of examples can be found showing how carefully the prophet combined foods. One hadith relates, “A man from among the Companions of the Prophet (PBUH) said, ‘The Prophet (SAW) forbade (mixing) unripe dates and dried dates, and (mixing) raisins and dried dates. Aisha, Ummul Mu’minun, said that, “The Apostle of Allah (SAW) used to eat melon with fresh dates, and he used to say, ‘The heat of the one is broken by the coolness of the other, and the coolness of the one by the heat of the other.’ He was also said to have never combined fish and milk.

Modern science supports these habits by informing us that the combination of foods we eat and the order in which we eat them are very important factors in health. Foods require different digestive processes in the body. Thus, they we can easily digest them when we mix properly.

Modern scientists say that improper food combinations can cause a person to inadequately digest their food, which can create imbalances in PH levels, improper absorption of nutrients, constipation or other digestive troubles. Dr. Ted Morter, in Your Health… Your Choice, advises us to not eat fresh fruit with any other food, even dried fruit. That’s since it’s a pre-digested food that moves straight through the stomach and into the intestines. When it is eaten with any other food, it ferments itself and anything else that is in the stomach.

The second advice given by Dr. Morter in his book is that we should start each meal off with something raw. The reason is that raw foods contain the enzymes we need to digest our food. His third rule of food combining is to avoid mixing protein and starches. We may eat starches with vegetables or vegetables with meat. But, we should do our best to avoid combining starches and proteins. The reason is that proteins and starches require completely different environments for digestion.

Proteins need a more acidic environment while carbohydrates and starches are quicker in digestion. When a person combines them, neither food has the ideal environment. Furthermore, a protein meal takes up to five hours for the body to digest. So, it should be the last meal of the day when your body isn’t digesting other foods as well.

Improper food combining won’t cause a person to become immediately sick. But, it will prevent what they are eating from digestion to the best of its ability. This means they will need to eat more food to get additional nutrients.

Modern allergists also advise against improper food combining and tell us that many combinations can create synergistic allergic reactions. In the book The Whole Way to Allergy Relief and Prevention, Dr. Krohn advises us not to combine milk with chocolate, mint, or fish; corn and bananas; beef and yeast; eggs and apples; or cola and chocolate. 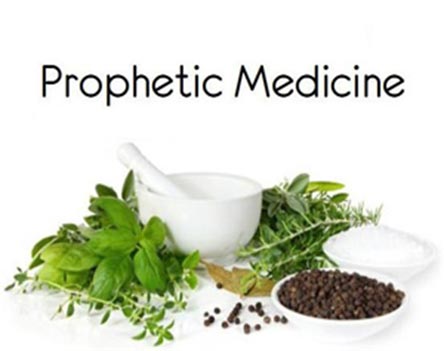 The hadith provide numerous examples of the respect the prophet had for the purity and value of water, and relate that he didn’t drink while eating a meal.

Sahih Bukhari relates that, “The Apostle of Allah (SAW) came out from the valley of a mountain… there were some dried dates on a shield before us. We called him and he ate with us. He did not touch water.”

Experts in the field of food combining inform us that water impedes the digestive process in the stomach when eaten within a half hour of a meal.

In the time of the prophet, the choices of food were simply either halal or haram. However, in modern times we have many more choices.

Abram Hoffer, MD, and Morton Walker, DPM, report in their book, Putting it all Together: The New Orthomolecular Nutrition, that today, only 25% of the population actually eat “whole foods.”

However, applesauce ground and cooked by machines, and then separated to create a better texture and supplemented with sugar and color is not a whole food.

Wheat Berries are a whole food; therefore, flour made from pure ground wheat berries containing bran is a whole food. Flour made by removing the bran and germ, and then bleaching the final product (white flour) isn’t a whole food.

Even some popular “health food” items fall into the category of processed partial foods rather than whole foods. This list includes rice cakes, granola bars, pretzels, turkey and tofu hot dogs, whole grain cereals, and frozen juices. These so called “health foods” are only a fraction more nutritious than their mainstream processed counterparts.

It’s important to eat whole foods (grains, vegetables and fruits). That’s because they contain all the nutrients that we need to thrive in their natural form. The more we change them from their original state, the less benefit we get from them.

With new vitamins and minerals every year, it’s increasingly obvious that Allah’s “Mother Nature” is way ahead of us. We can’t duplicate His process through our efforts to “enrich” processed foods in laboratories. Bernard Jensen, in his book, Chemistry of Man says, “Natural foods contain all the vitamins that we have and will discover.”

The only way we can guarantee we are getting all of our nutrients is to get them from whole foods. Attempting to build our health any other way is to merely make an educated guess. Furthermore, it does not make sense to eat devitalized foods, and then spend time and money buying vitamins and supplements, and following various health programs.

In fact, processed foods actually have the ability to leech nutrients from the system. E. Cheraskin, in his book Diet and Disease, reports that laboratory tests indicate that processed foods don’t have enough vitamins and minerals to help in their own assimilation. Pasta, for instance, doesn’t have sufficient amounts of vitamins, enzymes or even fiber to aid in the digestive process.

Manufacturers claim their products contain high nutritious value. Even though, they can only claim that by adding synthetic vitamins and minerals that aren’t useful to the human body to them. The elements that comprise organic minerals are loosely together so that when they enter the body, we can easily assimilate. However, the constituent parts of inorganic minerals are bonded that are so tight for the body to easily break; therefore, we rarely benefit from their consumption.

The Qur’an (Surat Taha: 20:81) also advises us to, “Eat of the good things We have provided for your sustenance, but commit no excess therein.”

The Prophet was known to eat fruits and vegetables grown in the region in which he lived and in season (Al-Akili, Medicine of the Prophet).

Donald Lepore, a nutritionist and author of the book The Ultimate Healing System, has found in his allergy relief therapies that, “God didn’t permit foods that are antagonistic to man’s existence to grow in the area of consumption.”

We can often avoid most of our problems by simply eating foods that grow nearby and in season. Bernard Jensen, in his book Chemistry of Man, reports that unripe produce, often found in grocery stores, lacks natural sodium among other things.

Furthermore, he has found that the chemistry of barley warms the blood. Thus, it’s appropriate for winter months. But, it’s not as advisable as a regular summer food unless there is a “cold” illness.

Read through the Qur’an and Hadith, and compare them to modern scientific “discoveries”. You’ll find again and again that Qur’anic and prophetic wisdoms are being rediscovered.

This is, perhaps, one of the best reasons to refer to Qur’an and the Hadith as not only the starting point for all knowledge, but as a “double-check” system for what we find in secular literature as well.