It is well known that most of KSA’s area lies in one of the hottest spots in the world. When it coincides with summer, the temperature during Hajj season may range between 44-50°C. Also the rate of moisture may range between 10-15%. These factors help in increasing the probability of getting sick by diseases such as dermatitis (skin diseases) which increases among the pilgrims for several reasons:

– Extra excretion of sweat due to burning sun beams and high humidity.

– Overcrowding at Hajj, where people from all over the world gather together to perform such a sanctified act of worship. With lots of people gathering at the same time in a specific place, diseases can easily spread by infection. Among the most common skin diseases during Hajj are the following: 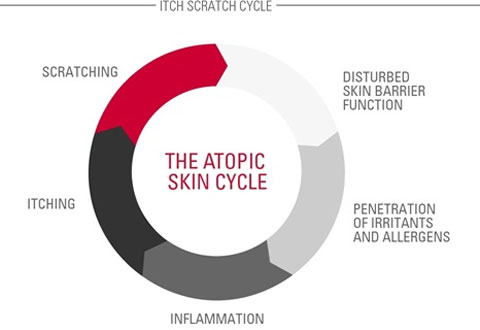 There happens obstruction in man’s sweat glands causing the emergence of small red pimples known as Acne Vulgaris. This disease infects people, especially the very white, at different stages of life. Such red pimples appear mainly in the areas of the body that come in direct contact with clothes, which are made from artificial fibers in particular. The patient in this case suffers from severe prurigo, and this makes him worried and uncomfortable. Such pimples usually around the waist, buttocks, thighs, shoulders, forearms and forehead. If the case is recurrent the patient may be inflicted with dehydration in the skin, and this along with hot damp weather may cause sunburn.

– Airing the bedroom at the night.

– Not using any cover during sleep.

– Keeping a way from being directly exposed to sun beams as possible.

– Abstaining from scratching the skin with soup and bath sponge, because this causes new pimples to appear.

– Taking a daily cold shower to get rid of sweat and dust, using mild soup without bath sponge; this is the best way of protection from Acne Vulgaris.

– It is preferable for patients to use mild moisturizers to remove the obstruction on the mouth of the sweat glands.

Following these steps leads to soon recovery. But beware the patients in this case should not use any kind of moisturizing powders, because the atoms of the powder block the openings of the sweat glands causing more infection. So it is preferable to grease the body with olive oil, coconut oil or any kind of plant-extracted oils; to rub the body very well and then leave it to dry. Then the extra amount of oil can be removed from the body with water and soup. 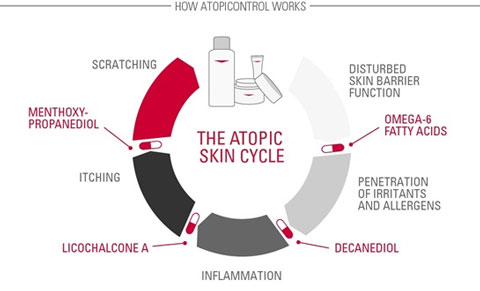 During Hajj times, people excrete abundant sweat due to high temperature and humidity of the weather. People’s custom of Ihram becomes wet night and day due to extra excretion of sweat, and this causes them to urinate very little and be always thirsty.

As for people who usually have hydrosis during summer and winter times they should keep themselves a way from hard work, especially in the hot periods of the day. They may also take some medication, which lessens the quantity of sweat, but this must be according to medical prescription. However, cleanness is the main factor in treating such a case.

This disease happens due to infection with staphylococcus. This disease appears as a lot of bubbles, ulcer or big painful pimples. This disease usually infects children (5-7 years old) and people who are exposed to the heat of the sun. Extra excretion of sweat and flies are among the main reasons for the spread of this disease. Moreover, lice causes severe prurigo, and this may cause different forms of abscess in the scalp of the children as well as the adults. In some cases the disease appears as sweat furuncle and red pimples.

Cases of severe pyoderma usually causes hypertrophy in the lymph nodes near the neck and raises temperature of the body. Taking the necessary measures of treatment, the patient’s skin gets completely cured.

– Caring for personal hygiene, especially for the hair to be clear of any lice and other similar things

– In severe cases in which the patient has high temperature and hypertrophy in the glands or in which he suffers from sweat furuncles due to infection with diabetes or from red pimples it is better for the patient to consult the doctor who would check him up to know the direct cause for such cases and consequently prescribe the right medication.