“Good dental health is more than the absence of disease or tooth decay in your mouth,” says David Kennedy, DDS and author of How to Save Your Teeth (Kennedy, pg.3).

“It is an integral part of your well being. People with exceptionally healthy bodies usually have healthy teeth and gums.” Teeth are also a blessing from Allah. It is said that, “If the eyes are a window to the soul then the mouth is the doorway to the body” (Stay, p.5).

Teeth play an important function in the digestive process. They are important in helping people to speak and in upholding one’s facial structure. Without teeth, nobody would be able to say anything comprehendible, if at all. Without teeth you would have to swallow your food without being able to chew it first, which is unhealthy for the digestive system.

However, despite their important functions, teeth are the least cared for part of the body. But, cleaning one’s teeth does not have to be complicated. Eating unprocessed food and staying away from sugary sweets are simple keys to good dental health.

Caries, or dental decay, is the most common disease affecting the teeth. People eating large amounts of processed foods or sweets and then forgetting – or not wanting – to brush their teeth afterwards, end up causing easily avoidable decaying of the teeth. 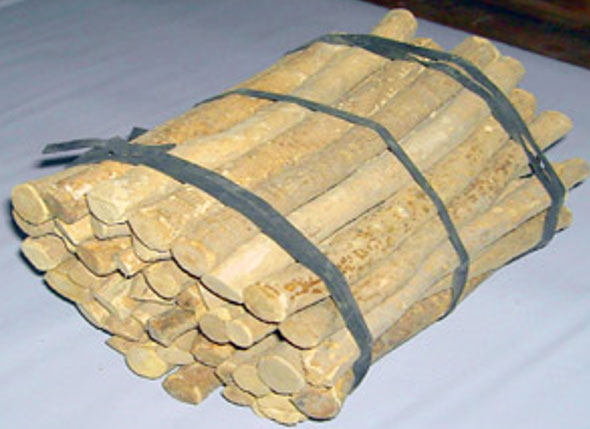 While chewing food, small pieces tend to become stuck to the surface the teeth, as well as in between them. Leaving those pieces there for a long period of time causes the food to go bad, which in turn attracts bacteria that dig holes in the teeth. Most people do not realize the damage that is being done until the tooth is already decayed and must be pulled out by a dentist.

In addition, poor dental health also leads to bad breath and many other diseases, including malocclusion, periodontal diseases or even oral cancer.

David Kennedy documents that the devastating effects of sweet-rich diets were documented as early as 1938. In many industrialized countries, dental decay is becoming less common due to renewed awareness and efforts towards dental health. However, in the developing world, where previously many people were free of dental decay, it is becoming increasingly common (Kennedy, pg. 10).

Dr. Weston Price, a dentist, set out on a world expedition to discover why, as a general rule, societies untouched by modern civilization had excellent teeth, whereas civilized societies had comparatively poor teeth. He compiled a photographic record of his travels and concluded that diet – not poor brushing habits, was the culprit (Kennedy, p.2). However, proper care of the teeth was the second most influential factor in people with healthy teeth.

According to researchers, the people with the best teeth are not those who have the fanciest sonic toothbrushes – but those who use their toothbrushes regularly and after each snack and meal. In fact, ancient cultures and developing nations lacked the technology to create such machines for the teeth, yet there have always been reliable ways to clean them.

American Indians used fresh bark from the prickly ash tree to clean their teeth. The sap from this tree kills bacteria. Mojave Desert Indians used twigs from the cresote bush and rural villagers in India used the neem tree. 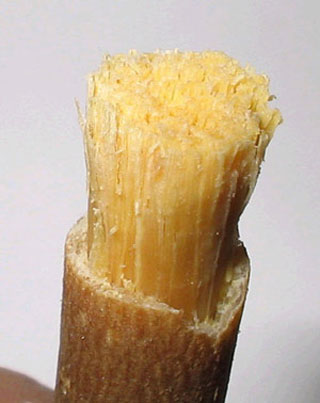 Muslims use what is called a miswak. A miswak, or siwak, is a small stick with which the teeth are rubbed and cleaned. The end is shaped into a brush through biting or chewing, which serve to separate the fibers and release the healing herbal powers of the twig. Some advantages of the miswak are that is does not require toothpaste, water or a special area to use it, and may be easily carried in one’s purse or pocket.

It is also disposable and biodegradable – therefore, it is the ultimate environmentally safe toothbrush. Some people even believe it works better than a toothbrush.

Nevertheless, a more compelling reason to use the miswak is that it is Sunnah to do so.

Abu Hurairah reported that Prophet Mohammad (saws) said, “Were it not that I might overburden believers, I would have ordered them to use the miswak at every prayer” (Imam Muslim, Vol. 1).

According to researchers it is this regular cleaning of the teeth, along with a proper diet, that makes the difference between healthy and unhealthy teeth.

The Prophet himself (saws), used to use the miswak before every prayer (Sahih Muslim, Vol.1). Modern science suggests we would do well to follow his example.