DALLAS, Texas – Scientists from the American Heart Association have discovered that a religious program designed to encourage people to have a healthy faith-based lifestyle has succeeded in lowering their systolic blood pressure, the association’s journal reported.

“Implementation of a lifestyle program in a faith-based setting was very effective in improving blood pressure control and could be routine practice in places of worship,” said Gbenga Ogedegbe, senior author of the study, professor of medicine and population health, and director of the Center for Healthful Behavior Change at the New York University School of Medicine.

The new program, named “The Faith-based Approaches in the Treatment of Hypertension (FAITH) trial”, is the first and largest African American community-based study to evaluate the effect of a comprehensive lifestyle intervention on blood pressure reduction.

The program was implemented by an American church in Dallas among its African American members where 76% of them were women of an average age of 63.

The results were published in the American Heart Association’s journal on October 9 under the title “Circulation: Cardiovascular Quality and Outcomes.” 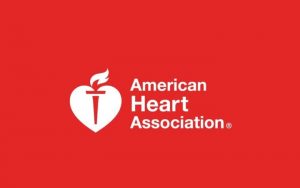 The team has evaluated the impact of the religious program which combined faith-based lifestyle change with motivational interviewing compared to health education alone on 373 adults in the New York City.

Researchers found that after the six-month intensive phase of the program, systolic (top number) blood pressure was reduced by 5.8 mm Hg more in the faith-based lifestyle change group than in the health education group.

The benefit was sustained, but smaller (5.2 mm Hg) after nine months. However, researchers could not rule out that the latter finding wasn’t due to chance alone. There wasn’t a significant change in diastolic pressure (the bottom number in a blood pressure reading).

“Although the blood pressure reduction at nine months didn’t reach statistical significance, its clinical implications remain very important given that most trials of high blood pressure treatments have a similar magnitude of the effect,” Ogedegbe said.

“We do think that a stronger support component in the six- to- nine- month period may have led to even greater blood pressure reduction. Future studies could evaluate additional support, such as tailored text messages and brief check-ins with lay health advisors.”

Similarly, Islam comes from the root word “sa-la-ma”; where its root word “Sa – la – ma” denotes peace, security, safety as it does submission to Allah.

When a person submits to the will of God, he will experience an innate sense of security and peacefulness. With this Islamic submission comes real, easily attainable, and everlasting peace.

The study’s author concluded: “We showed the effectiveness of using trusted members of the community to deliver care. They reinforce the value of reaching out to communities who have limited access or don’t trust the medical community, especially communities who have excellent reason to feel that distrust.”