TORONTO – Political Science Prof. Dr. Katherine Bullock has been serving as the first female chair on the executive board of the Islamic Society of North America Canada (ISNA), one of the largest Muslim organizations in the country, since January 2018.

“In the early days of ISNA, it was ethnically diverse. You had Arabs, and Pakistanis, and Indonesians, people from all over. The women were involved, but never on the board. We cannot say they were never involved, they were always active but in different ways,” Bullock told The Medium on Monday.

“So, I think that out of the national Canadian Muslim organizations, ISNA has always been the most diverse. I think it means that people from diverse backgrounds see in ISNA something they can be loyal to, that this can be their organization, and their background doesn’t matter.

“To have diverse people willing to run means that such people feel that they can be welcomed at ISNA, and I think that’s a great blessing.”

Converting to Islam 24 years ago, the political science professor at the University of Toronto Mississauga and mother of three teenage boys says she wouldn’t have believed it was possible.

Now, she’s the first woman to lead one of Canada’s largest Muslim organizations, ISNA-Canada, at a time in its 50-year history when it needs to regain the trust of the community. 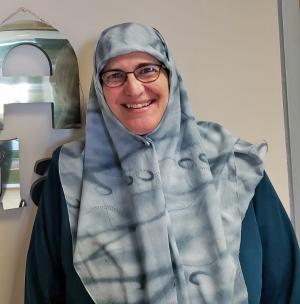 “When I first came to Canada I wasn’t Muslim, and I converted to Islam in 1994. When I converted back then, there weren’t very many organizations or even mosques around,” she recalled.

“So right away we joined ISNA Canada. Ever since then, I’ve been a supporter of ISNA and an attendee.”

At the UTM, her teaching focus is political Islam from a global perspective, and her research focuses on Muslims in Canada, their history, contemporary lived experiences, political, and civic engagement, debates on the hijab, and media representations of Islam and Muslims.

She was the editor of the American Journal of Islamic Social Sciences from 2003 – 2008, the Vice-President of The Association of Muslim Social Scientists (North America) from 2006 – 2009.

Her publications include Muslim Women Activists in North America: Speaking for Ourselves and Rethinking Muslim Women and the Veil: Challenging Historical and Modern Stereotypes which has been translated into Arabic, French, and Turkish.

She is also President of The Tessellate Institute, a non-profit research institute, and of Compass Books, dedicated to publishing top-quality books about Islam and Muslims in English. Originally from Australia, she lives in Oakville with her husband and children.

Feryal Salem: The Muslim Woman Who Trains US Chaplains