MINNESOTA – Ilhan Omar is a hijabi young lady who is known for leading the charge to get more Muslims involved in the local American politics.

Omar’s journey to become this country’s first Somali-American Muslim lawmaker began in a refugee camp in Kenya, when  her family was escaping Somalia’s brutal civil war.

After immigrating to the US in 1995, Omar said she was confused by the disparity between the country’s high ideals and the stark realities she encountered.

But her grandfather, a student of American history, gave her a political pep talk; “He told me I couldn’t just sit there and complain,” Omar says, “I had to serve.”

In 2016, Omar was elected to the Minnesota House of Representatives, as a Democratic–Farmer–Labor Party member.

In August 2018, she won the Minnesota Democratic primary, becoming more likely to make history as one of the first Muslim women in Congress.

The 36-year-old Muslim African lady brings a personal perspective to this country’s heated debate about admitting immigrants and refugees.

Omar is the Director of Policy and Initiatives of the Women Organizing Women Network. She’s the Democratic Farmer Labor nominee for U.S. Representative in Minnesota’s 5th congressional district, having won the primary this year.

Harsh Past Leads to Fruitful Present

Omar was born in the Somali capital, Mogadishu, but was raised in Baydhabo. She was the youngest of seven siblings.

Ilhan’s father, Nur Omar Mohamed, is an ethnic Somali teacher, while her mother was an ethnic Benadiri housewife who died when Omar was a child. Omar was thereafter raised by her grandfather Abukar who was the director of Somalia’s National Marine Transport.

After the start of the civil war in 1991, she and her family fled the country and spent four years in a refugee camp in Kenya. In 1995, Omar and her family emigrated to Arlington in Virginia State.

They then moved to Minneapolis where Omar learned English in only three months. She attended Edison High School and graduated in 2011 from North Dakota State University with a bachelor’s degree in political science and international studies. 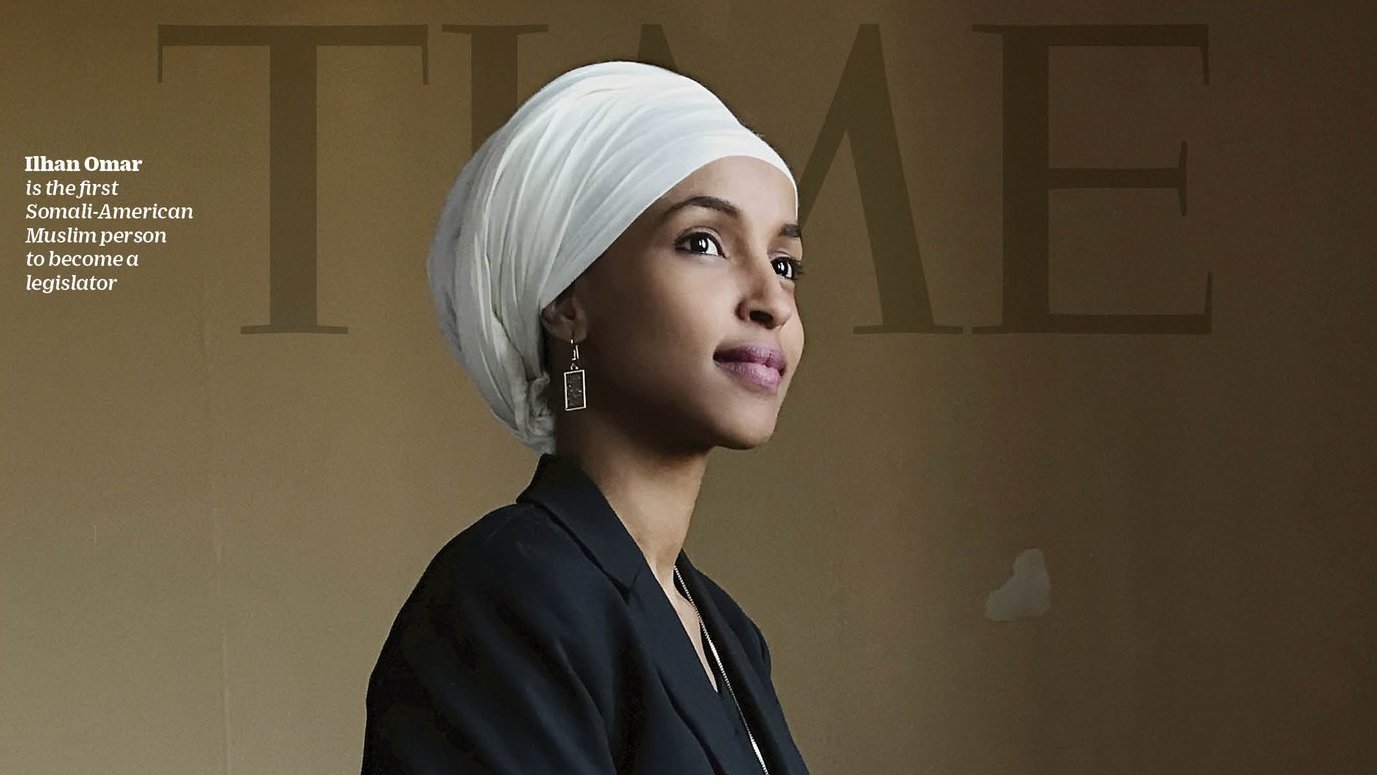 Omar supports a $15 hourly minimum wage and free tuition for college students whose family income is below $125,000 as well as greater accessibility to student loan forgiveness programs.

Omar has been critical of the actions of “the apartheid Israeli regime” and supports the international Boycott, Divestment, and Sanctions Movement against Israel.

In 2014, Omar was named a rising star in the Democratic–Farmer–Labor Party’s Women’s Hall of Fame. She received the 2015 Community Leadership Award from Mshale, an African immigrant media outlet based in Minneapolis.