MAKKAH – Hajj, and Umrah are becoming easier for all pilgrims, thanks to sign language, Braille Qur’ans, and electric wheelchairs services that have been introduced to help them perform the religious ritual, Arab News reported.

An official at the General Presidency for the Affairs of the Two Holy Mosques described those with disabilities as “highly motivated people with special powers” and that services had been established to aid them, providing them with ease and comfort and avoiding complications even during peak times.

Ahmed Al-Burqati, who is tasked with helping people at the presidency, added that there were designated entrances to ease access to prayer areas, including the ones on the ground and first floors of the King Fahd expansion at the Grand Mosque in Makkah.

Other provisions include a pen that serves as a Qur’an reader and help for holding and carrying Qur’ans for people unable to hold them. 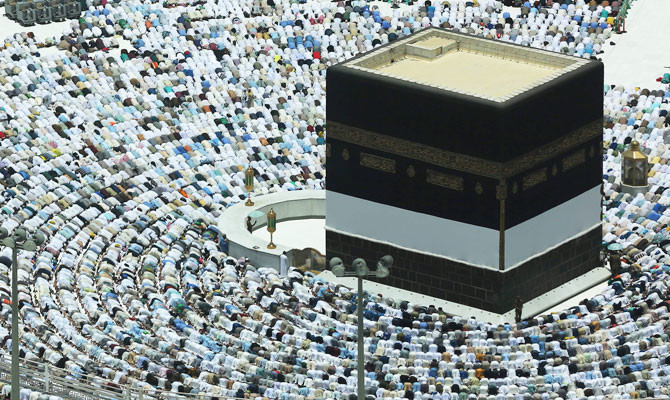 Copies of the Qur’an in Braille along with other religious booklets are available, as are on-site specialists to help pilgrims during prayer times and guide them through the mosque sites, he added.

Other special services at the holy mosques include wheelchairs transported in golf carts to prayer areas; designated entrances; sign language interpreters for those with hearing or speech impairments.

Canes for the blind and visually impaired are also offered as well as electric wheelchairs to perform key religious rites such as tawaf.

Ahmed Badawi, an Egyptian pilgrim performing Umrah, said he was not expecting to find such services awaiting him in the Grand Mosque compound.

Haramain Railway Open to Public: Have a Look