Following in the footsteps of Prophet Muhammad (peace be upon him), hundreds of thousands of pilgrims are preparing for the lifetime journey of hajj, expected to start August 9, 2019.

Surrounded by (Mountain of Light) and other hills, pilgrims have started pouring into the holy land of Makkah, each group reverberating with chants of “Labbaik Allahumma Labbaik” (O God, here I am answering your call). 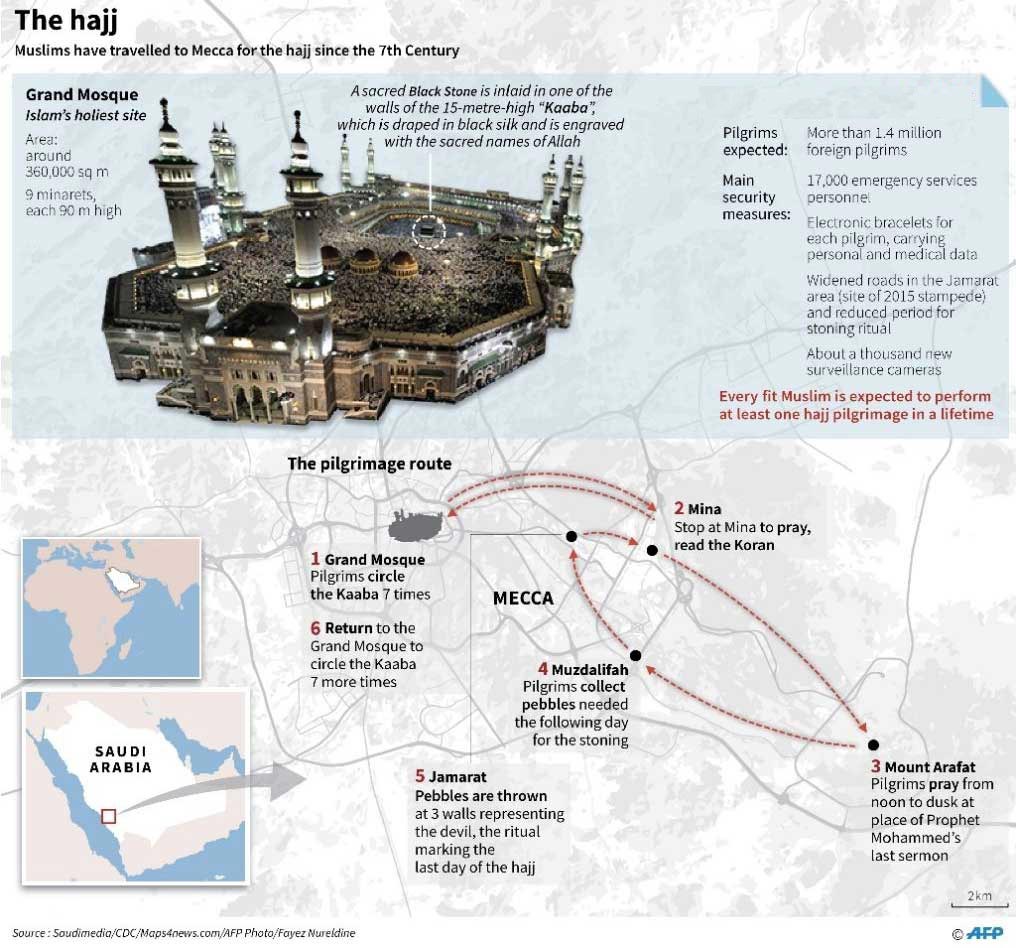 In the first leg of hajj, which starts on August in Mina, masses of faithful, clad in the white ihram garb, busy themselves reciting the Noble Qur’an and praying.

Many try to catch some sleep — after a tiring journey from Makkah which on average takes five hours – as they ready for the climax of their ultimate spiritual experience.

On the second day, August 10, the pilgrims will descend on the site of Mount `Arafat where Prophet Muhammad (peace and blessings be upon him) delivered his last sermon more than 14 centuries ago.

They will then take part in the symbolic stoning of the devil at Jamrat Al-Aqaba and sacrifice animals to mark the four-day `Eid Al-Adha, which is expected to start on August 11, according to astronomical calculations.

This article from the archive was first published in 2016