MANCHESTER – Last weekend saw the UK premiere of the Canadian success story ‘Reviving the Islamic Spirit’ (RIS). This hit tour is now in its 14th year, combining esteemed religious speakers and praiseful performances, reflecting on the realities of life in the Western context.

It’s a shame the wider public may be nervous of this very idea; a revived Islamic spirit in their midst.

The RIS talks are short bursts of spiritual electricity. The title inspires Muslims to understand the need to reconnect with inner tranquility through calm, reflective, soul searching. Although high-level scholars refute the age of ‘soundbite thinking’, the need for this kind of kick-start for so many of us, that draws important names to the stage, is persistent.

American scholars including Shaykh Muhammad Ninowy, Dr Umar Abd Allah and Imam Zaid Shakir were part of the ‘Be The Change Tour’ on hand to help us challenge the modern curse of dissatisfaction.

Never in history have so many human beings been confident of ending the day with: a roof over our head, enough to eat the following day and good health. At the same time, modern life has cursed the same materially blessed nations with the highest rates of mental illness and its catastrophic endgame: suicide.

We all know the stuff that grinds us down. The societal pulls which, like invisible toxins, seep into the pores of our young people and families. Feeling jealous when watching friends boast about wonderful holidays on Instagram (‘Bali? We’re only going to rubbish Somerset!’). The utterly pointless and manipulated way that fashion and make up are used to withdraw the desire for humility and hijab.

Our ancestors’ gratitude for enough to eat, has turned into our thousand daily disappointments (‘Their barbecue was huge! She can afford organic meat! Why can’t we go to Nando’s tonight?’) Petty stuff, yet these are symptoms of the illness which, as dripping water wears away a rock face over time, will erode our confidence in Allah’s generosity, leaving a cold, spiritual void in its wake. 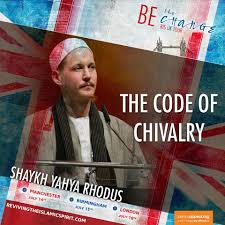 Shaky Yahya Rhodes embraced Islam aged 19 in Santa Clara, California. In 1998, he traveled to Mauritania to study full-time, learning from some of Mauritania’s greatest scholars, including the distinguished, Murabit al-Hajj. His talk was on a code of conduct recognized in the western context as ‘chivalry’.

“Eman means to be guided,” he told the attentive audience at the Principal Theatre, Manchester.

“True progress is leaving the lower self and increasing in inner work and change. When challenges arise, see them as an opportunity for progress and growth.”

Shaykh Rhodus’ call reflects the Sunnah of our Prophet Mohammad, peace and blessings upon him, for a believer to be ‘a person of principle.’

The daughter of humanitarian and sporting legend Muhammad Ali, gave the most practical example of living with principles in daily life. 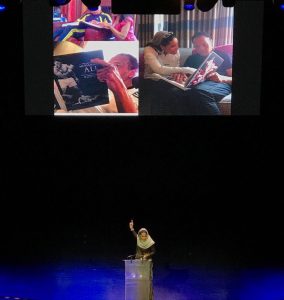 Rasheda Ali-Walsh is an author and Parkinson’s research advocate. One of the eldest of Muhammad Ali’s nine children, she shared a true story about the great man of our times.

In 1981, Ali was in his car when he heard radio reports of a suicidal young man on a ledge in the same city. He immediately turned his car around and headed towards the building where the man was about to jump. The 21-year-old was stunned to see the most famous man in the world leaning out of a window near him.

“I’m nothing!” Shouted the man in despair “I’m nobody!” Ali started to cry. 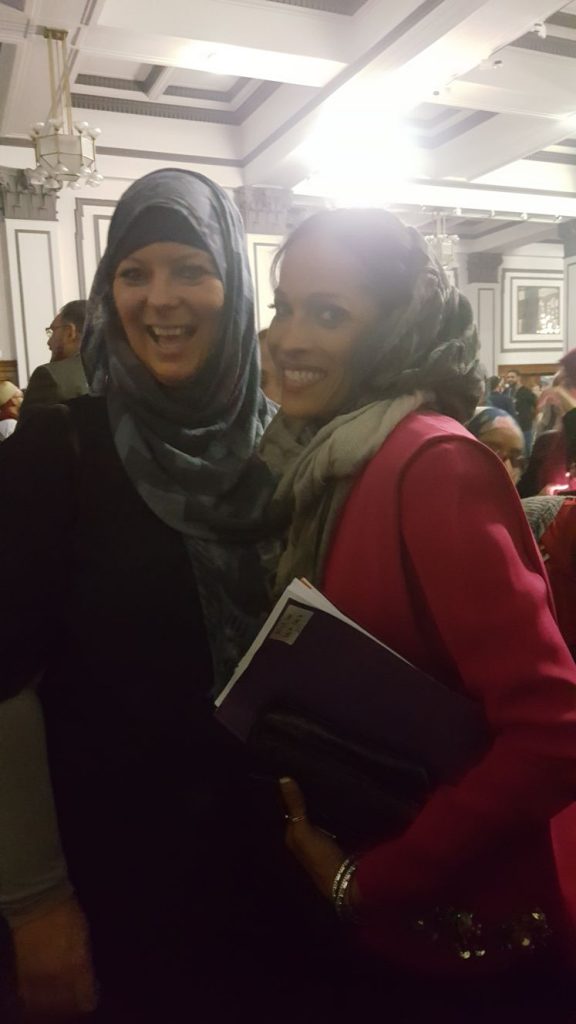 The man climbed back inside the building. Muhammad Ali himself accompanied him to a psychiatric unit later the same day.

It needs to be clarified that, to Muslims, having the ‘spirit’ of Islamic understanding ‘revived’ within our heart, is a dear wish. It is an emotional cleansing, like tee tree oil for the soul, drawing out the black dirt of our everyday failings and excesses.

This spirit of knowledge and teaching, high principles leading to practical results are at the heart of the RIS tours success on its first UK outing.

With our communities’ addiction to sectarianism, self-doubt combined with a growing sense of victimhood, revival sessions are needed more than ever.

If these events remind your neighbor how to behave like a Muslim, one who follows in the footsteps of Prophetic goodness, like Muhammad Ali in his love for others, then that’s something to welcome with open arms and without fear.