BIRMINGHAM – In its first ever tour in the UK, Reviving the Islamic Spirit (RIS) convention held its second event on Saturday, July 15, at Birmingham’s Repertory Theatre, the event attended by around two thousand guests, mostly Muslim youth.

“The root of this religion is love. The prophet gave the Sahaba the shahada, then taught them how to love Allah. Like Abu Bakr and Bilal who fell in love with the name of Allah, Ahad, Ahad” said Ustadh Feraidoon Mujadadi from California’s Bay Area, in his presentation titled “The Spirit of Love”.

“Be like fish in the ocean of the love of Allah and His messenger. If the water dries the fish dies. Don’t be like birds who fly away when water dries,” he added.

The tour kicked off a day earlier in Manchester at the Principal Manchester Ball Room. 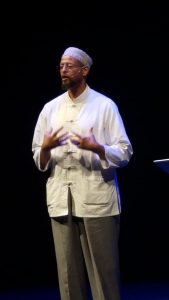 A galaxy of Muslim scholars and imams were present at the event, including Imam Zaid Shakir, Dr. Umar Faruq Abd-Allah, and Sheikh Yahya Rhodes from the US.

Together with other notable speakers and scholars from the UK, they discussed the main theme of this year’s first convention: Be the Change.

Several speakers focused on how Muslims should move from “Me” to “We”, an important guideline in Islam, clearly stated in the first chapter of the Qur’an, Surat Al-Fatihah, where Muslims ask Allah “guide us to the Straight Path”.

Sheikh Muhammad Ninowy in his talk “Prophetic Guidance in Troubled Times” addressed how to make the migration from Me to We, and explained four different realms and cradles for this to take place.

He then addressed the issue of “how to turn a sin into a win”, and said that real positive change has to start by changing ourselves.

“Me makes cultish minds, while We makes ummah minds,” he said at the conclusion of his talk.

Started in Toronto, Canada, the first RIS conference was first held in 2003, and has since become one of North America’s largest Islamic conferences. 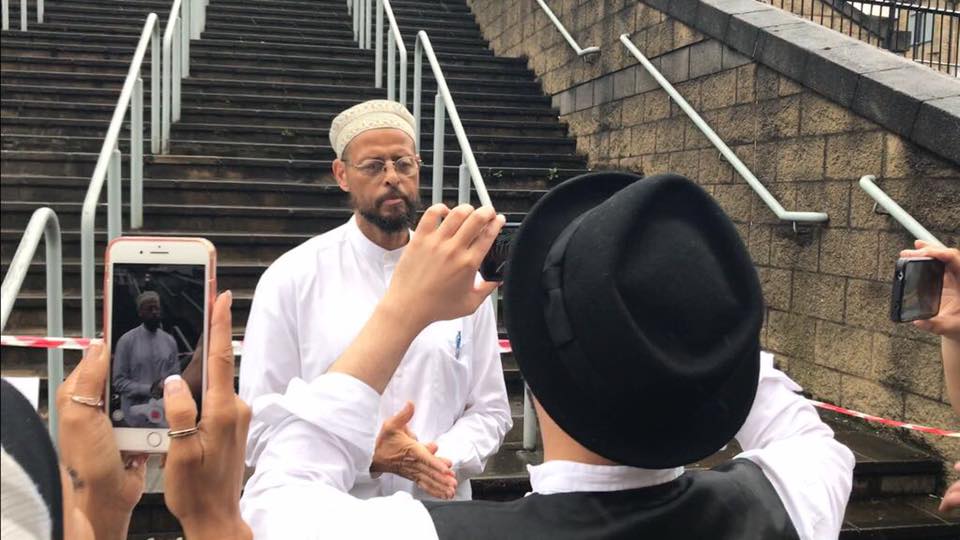 Imam Zaid Shakir visit the Manchester Arena to pay respect to the victims of the terrorist attack.

A day earlier, Imam Zaid Shakir visited the Manchester Arena to pay his respects on behalf of US Muslims to the victims of a suicide bombing at an Ariana Grande concert on May 22, 2017.

Two other notable speakers in Birmingham included sister Rasheda Ali, the daughter of the late boxing legend Muhammad Ali, who after telling her emotional personal memories and inspiration from her late father, asked the audience not to be afraid from Islamophobia, to keep their faith strong and their communities united. 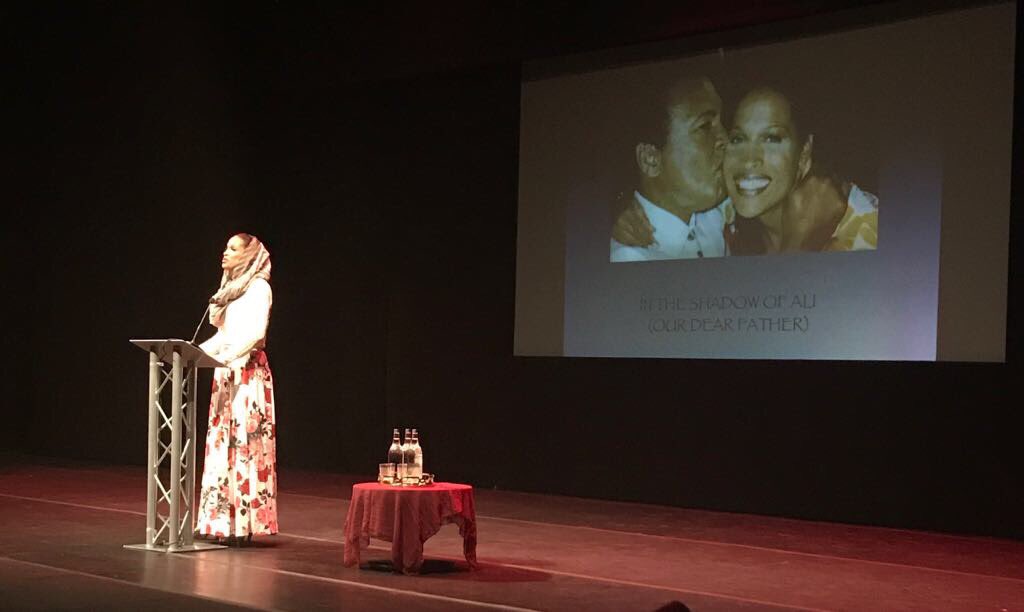 Sister Salma Yacoob, a well-known native Muslim activist from Birmingham, dealt with the topic of Muslims in the ‘public space’, and reminded the audience that “Allah is near and He is closer to us than our jugular vein.”

She urged Muslims “don’t be afraid and treat people the way you want them to treat you.”

“Smile as the Prophet told us, as you benefit yourself and also the person you are interacting with,” she added.

“Reviving the Islamic Spirit” is an attempt by the young Muslims in the West to help overcome challenges of communication and integration.

RIS “helps promote stronger ties within society through reviving the Islamic tradition of education, tolerance and introspection across cultural lines through points of commonality and respect.”

In the closing speech, Imam Zaid Shakir urged Muslims to foster love and mercy among themselves.

“Let’s revive love and mercy among us. Enough violence and enough hate”.

“How did Islam spread around the world?” he asked the audience.

“Do you think that happened through hate?” he added.

“It was through love and mercy and business dealings between Muslims and non-Muslims and human interactions through positive ways,” he answered.

The third and last UK event in this tour will be held today, Sunday, at London’s Indigo at the O2, where in addition to the speakers in Manchester and Birmingham, Yusuf Islam (Cat Stevens) is expected to address the audience of Muslim youth and guests.