More than 300 attendees from different community areas gathered in a vast marquee at the British Muslim Heritage Centre (BMHC), exploring the theme #PeopleNotBuildings.

Topics covered during the one-day event focused on the wide variety of opportunities and challenges affecting Mosques in Britain today.

Hassan Joudi, the organization’s youngest Deputy Secretary appointed to date, told AboutIslam.net diversity in all areas is a key element for consideration.

“At all of our events, we went to ensure there is a good diversity in gender, ethnic background, and geographical location because we have affiliates from all over the UK. Today, we have speakers from the African, South Asian, Arab and revert communities,” he said.

Almost half of the participants (46 percent) in the public consultation report ‘Better Mosques: A Community Consultation’ 2018 rated a “lack of space facilities for women and young people” a “very high” challenge.

Andleen Razzaq is the principal leader of a 6-month pilot training and mentoring program designed to support upcoming female leaders navigating their way through the boardrooms of mosques and other third sector organizations.

The educator and trainer invited delegates to close their eyes in order to ‘examine your heart’ during her presentation ’Women and Sacred Spaces’.

“Where did the compassion go?” asked Razzaq. “Can we still call it (a mosque) a sacred space if a huge injustice has taken place in it?”

When women are barred from basic entry or positions of influence, “everybody loses because there is no community to speak of. We are the sacred space: people, not buildings,” she said. 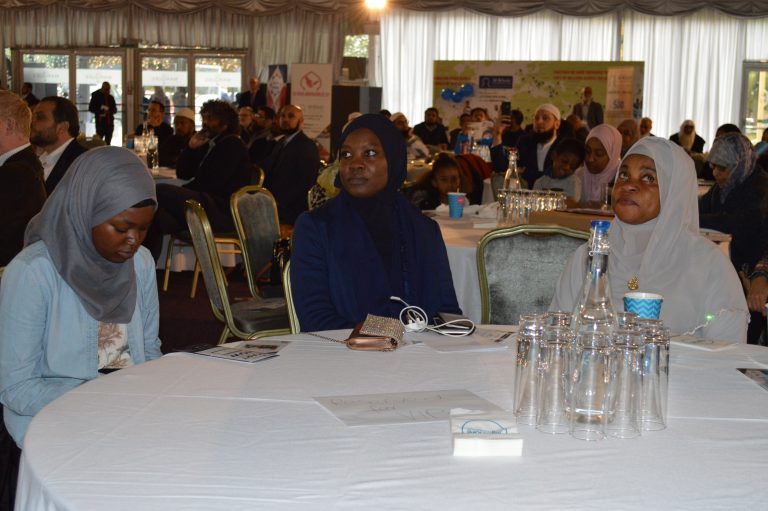 According to the Charity Commission, sector-wide men outnumber women on all charity trustee boards by two to one.

In August, Muslim women in Scotland ((SMFA) launched a campaign for equality in mosques.

SMFA has been set up to “highlight the importance of inclusivity of women in our mosque spaces at all levels” amid claims of underrepresentation on committees and a lack of discussion around issues such as domestic violence.

Aside from more than a dozen TED-style talks, ‘People Not Buildings’ combined interactive workshops and exhibitions. Batool Al-Toma, director of the New Muslim project, Markfield, Leicester, has been attending and leading Muslim conferences for two decades.

“There’s a good gender balance here, a renewed desire to see mosques perform in a way that engages all the community,” she told AboutIslam.

The conference closed with the announcement of a new ‘Mosque Best Practise’ web portal.

The site which can be accessed by anyone involved in running a UK Mosque will provide free “resources, templates, checklists” to supply techniques and support for the better running of masjids nationwide, said Joudi.