‘Our Mosque Our Future’ was more than a conference. It could be the ‘Clause 4′ moment for British Muslims.

Once, as I was interviewing the comedian Rory Bremner on politics and family life, he referred to the private school he’d gone to as part of the ‘British madrassah system,’ which I thought was a brilliant observation, describing the singularity of teaching undergone by the likes of Prince Charles and Boris Johnson.

Perhaps unsurprisingly, the quote did not make the Sunday Times edit of my article. Meanwhile, in the 1980’s whilst Bremner was longing to escape the political monotheism of the boarding school system, a generation of British Muslims attending actual madrassahs was experiencing mosques often run in the style of an Etonian Boys club.

Instead of the ‘old school tie’ network guaranteeing generations of aristocrats entry into the corridors of power, the ‘back home’ nexus of masjid committees dictated that many on the boards commonly shared family connections or at least the same place of heritage.

The Muslim Council of Britain (MCB) is the UK’s largest Muslim umbrella body with over 500 affiliated organizations, mosques, charities, and schools.

This weekend, at the Quakers Meeting House, Euston, London, it held the first ‘Our Mosques, Our Future’ conference. More than 450 mosque leaders and community activists gathered to debate the challenges facing 500 MCB affiliated mosques.

The hashtag #MoreThanAPrayerSpace neatly summarized the central call to remember the original, wide-ranging purposes of the mosque, while at the same time imagining how that will function in the UK context.

– Are our mosques today failing to follow the Prophetic model?

– How many are truly providing services beyond just a prayer space?

– In an increasingly challenging environment, how is the role of the mosque in 21st century Britain changing? 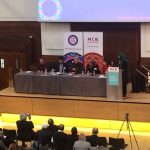 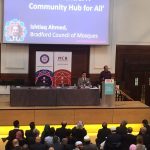 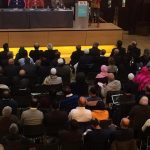 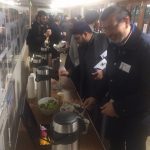 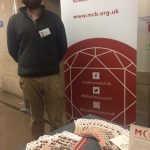 Sitting in the high tier of the aptly named hall of ‘Light’ (one of Allah’s 99 names) it appeared the MCB was having what’s known in UK political circles as a ‘Clause 4 Moment’.

This was the challenge Tony Blair put to the Labour party in the 1990’s: that the institution needed to change and adapt, or risk becoming so irrelevant to current social realities, it would simply die.

Gratitude and respect were paid to the community elders who ‘laid the establishments’ of the 1,750 mosques around Britain today. Ishtiaq Ahmed of the Bradford Council for Mosques has been a revered figure, since he first began expanding the remit of mosques from prayer spaces to community hubs, forty years ago. He vigorously led the charge for real and lasting expansion of their purpose.

“By and large our mosques are not fit for purpose. If they do not have a capacity to propel us forward, then I see a very difficult time for us as a community,” Ahmed told AboutIslam.net.

“Our future is intrinsically linked with the future of the mosque. They must be relevant and vibrant to the society in which we are located. I hope this conference is a kick start to national sharing of ideas. Because there is no escaping the fact, we need to find answers to save the life of our institutions,” he added.

Hassam says that an MCB workshop six years earlier inspired her to hold a ‘vision session’ at the madrassah in South London. This focused on what students would want to feel during their time at the mosque.

“Words came up: happy, caring, spiritual growth and moral characters. Using this we created a vision statement,” she said.

She ended her warmly-received talk with advice from US businessman Joel A. Barker: “Vision without action is merely a dream. Action without vision just passes the time. Vision with action can change the world.”

The concern with such initiatives is their ability to craft long-term impact and quantifiable outcomes.

With this in mind, the MCB used the day to launch a national consultation, ‘Better Mosque,’ which will run from 20 January to 31 March 2018. The consultation via online access and regional meetings is open to “anyone with an interest in the future of mosques in Britain today!”

“Young people are seeking to make a positive impact on the UK living. Our diversity is our strength, as it was in the first mosque established by our Prophet (peace be upon him). A mosque should be central to lives, a social hub, a school, so much more than a mosque and a fitting model for us to aspire to,” he said.

Clause IV spelled the end of nationalization of British industries, removing ownership of essential services from the people, placing it into the hands (and pockets) of wealthy shareholders. It has turned out to be a disaster.

Our Mosque 2018 may have kick-started the process of returning the purpose and the impact of UK mosques into the hands of the majority of stakeholders from a smaller band of mutual interest groups.

For more details or to take part in the MCB consultation, follow the links below: