The launch of Britain’s first self-guided Muslim heritage trail on July 25th, 2019 took place at Woking Mosque, followed by a tour of the nearby Brookwood cemetery, which is home to the first Muslim burials dating back to the 19th century.

The initiative was developed and promoted by Sadiya Ahmed, the founder of the Everyday Muslim Heritage and Archive Initiative, and Tharik Hussain, a British Muslim travel writer, journalist, and broadcaster.

Speaking of the project Tharik said that, “One of the key aspects of securing identity is knowing where your heritage is, it anchors you, it makes you feel like you belong.”

“So to make this history and heritage visible through something like a publicly accessible trail is super important. And we hope that young Muslims, and non-Muslims, embrace these kinds of things and use it to identify the commonality they have.” 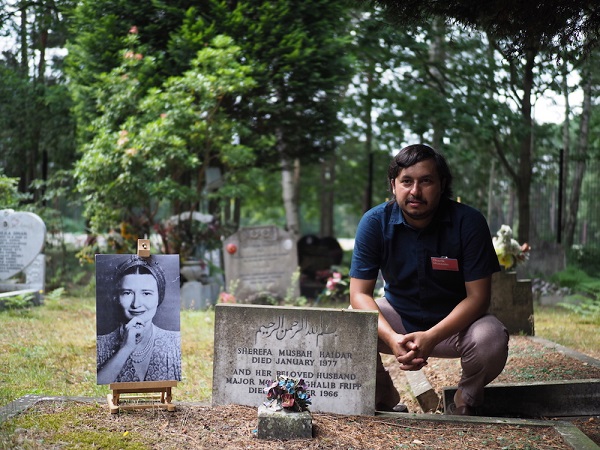 The Shah Jahan Mosque was the first purpose-built mosque built in Britain in 1889.

Speaking outside of it, Sir Laurie Magnus said, “Historic England is responsible for protecting and championing England’s heritage… Today we are launching this heritage trail to not just celebrate the mosque which is a beautiful building, listed Grade I, which is the highest possible grade for any listed building… The trail also includes the Peace Garden and the Muslim Cemetery.

“It’s really important because Muslim heritage is very much a part of Britain’s heritage. And I don’t think it is something that is understood or appreciated as much as it should be.” 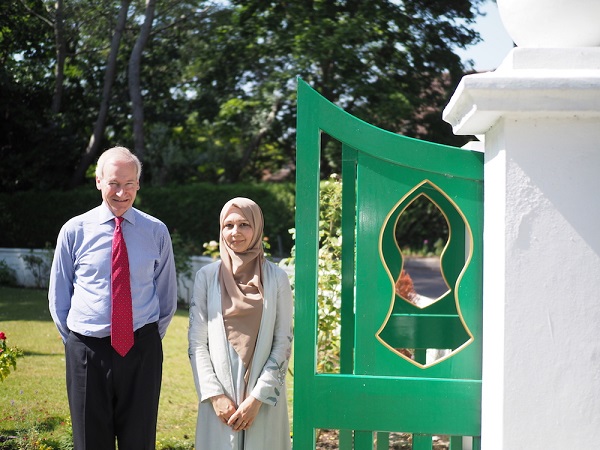 Speaking at the launch, Professor Humayun Ansari, an expert in the history of Islam and Muslims in Britain said, “By connecting these places, the Everyday Muslim team is seeking to draw wider public attention to the reality of Muslims being part of Britain’s heritage. Not just in this particular corner of Surrey. But with respect to the wider contribution that Muslims have made to Britain’s complicated past.”

From the original section dedicated to Muslims, there are now a number of other plots whose residents include soldiers from WWI, an Ottoman Princess, the last King of the Yemeni Mutawakkilite Kingdom, the former Sultan of Oman, a Malaysian Princess, Sufi poets, politicians, and even, a descendant of Prophet Muhammad, Sherefa Musbah Haidar, amongst many others. 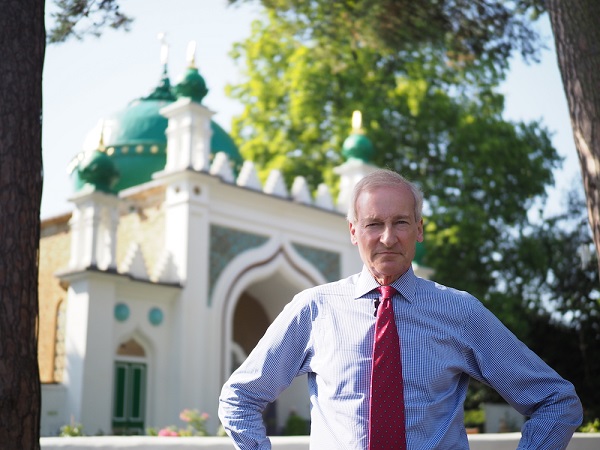 Speaking of Her Royal Highness Musbah, Tharik shared, “She was the second daughter of the ex-Grand Sheriff of Makkah, Amir Ali Haider. Princess Haidar’s mother was an English woman named Isabel Dunn – she was actually of Irish descent but insisted on being called English. She converted to Islam and became Her Royal Highness Amira Fatima the second wife of Amir Ali Haider.

“Princess Haider was born and brought up in Istanbul. Following the collapse of the Ottoman Caliphate, her family was forced to leave Turkey, and in later life, she moved to her mother’s country, England where she married a Major Ghalib Fripp and authored the book: Arabesque, an account of harem life, detailing her life as a Maccan princess. She died childless in London on January 13th, 1977 and was buried here at the Muslim burial ground at Brookwood.

“Through her father’s Prophetic lineage and her mother’s British roots, she is effective, a bonafide, British descendant of the Prophet Muhammad.” 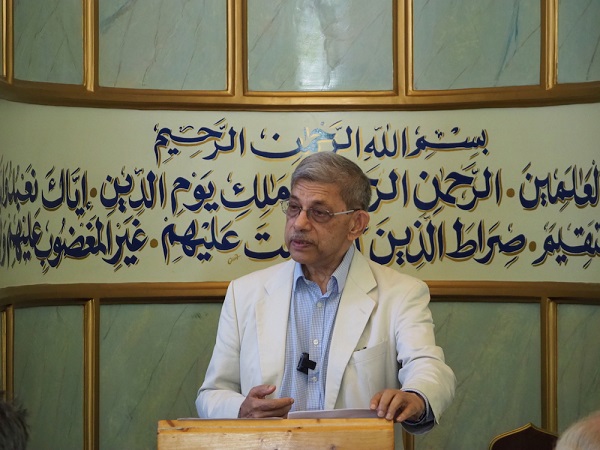 Walking through the Muhammadan Cemetery, which is today known as plot M1, it was fascinating to discover that both the tombstones for Abdullah Yusuf Ali and Muhammad Marmaduke Pickthall were just a few feet apart. Between them, these two men were responsible for making the Qur’an accessible to English speaking Muslims around the world for literally decades.

Standing alongside Pickthall’s headstone, Sir Laurie Magnus shared something truly special, “I have a personal connection with the Shah Jahan Mosque because my great grandfather’s first cousin on my mother’s side was Muhammad Marmaduke Pickthall who translated the Qur’an into English. 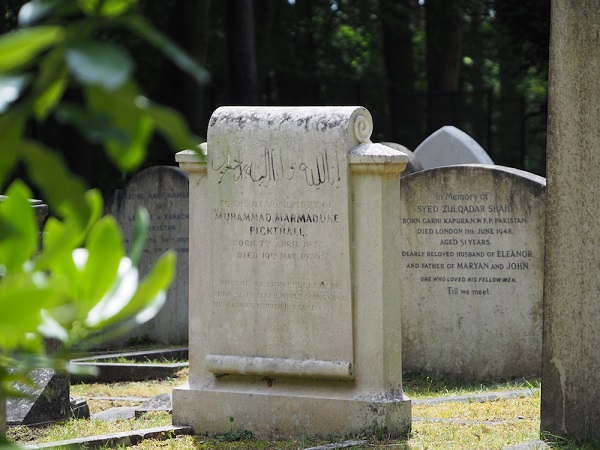 “He was an imam (at Woking mosque) but very importantly his translated version of the Quran is still used (today). And my mother who died earlier this year aged 102, could remember him vividly. She was 20 when he died in 1936, he was a very strong personality, which is something I am sure he would have been as he was something of a pioneer.”

One of the translations of the Qur’an which we still have today is Pickthall’s. I remember reading it as a child growing up in Riyadh, Saudi Arabia, and it still adorns my Islamic bookshelf at home in England today. And while the connection between Sir Laurie and Marmaduke is still relatively distant, meeting the former today just made my experience and memory of reading Pickthall’s Qur’an that much more memorable. Di Stiff from the Surrey Historic Centre spoke about her excitement with the project.

“I think it is amazing. I think Everyday Muslim have done a fantastic project and it is really important for the local community to know that their Muslim heritage is accessible,” he said.

“Surrey history center has been supporting Everyday Muslim in the project, particularly with advice on how to catalog and store the archive but also with wider links in the community. We also hold Islamic collections at the history center, various information relating to Marmaduke Pickthall, Lord Headley (an Irish Peer and convert to Islam, d. 1935), and those who are featured in the Muslim heritage trail.” 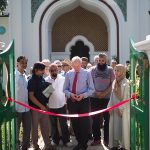 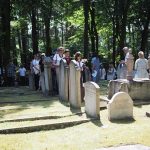 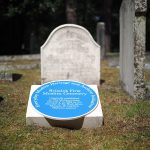 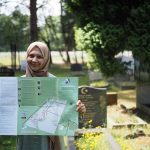 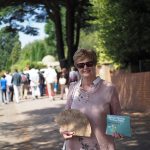 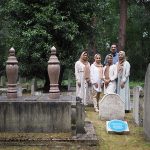 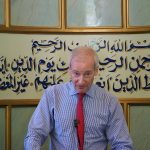 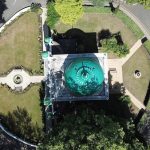 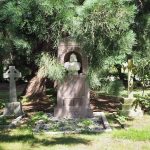 Riette Thomas from Woking Council added, “This is an amazing project which has taken years to come to fruition. We have always had the vision of having a trail where we join up the Brookwood cemetery, the (Woking) mosque, and the Peace Garden.

“For Tharik and Sadiya to have worked on this project for such a long time now, it’s wonderful to be here today at the launch… We will promote this trail as part of our cultural program.”