WOKING – The British newspaper The Sun published on September 24 a selection of unique pictures of the oldest British mosque in Woking, Surrey, dating back to the Victorian era.

The incredible pictures show the early 20th century days of Britain’s first mosque; Shah Jahan Mosque which was built in 1889, about 50 km southwest of the capital city of London.

The beautiful mosque was designed by architect William Isaac Chambers who incorporated elements of Middle Eastern architecture, a dome, minarets, and a courtyard.

The images show the historic mosque hosting royalty and commoners alike in its picturesque grounds for important Islamic festivals and celebrations.

Some pictures show Muslim worshippers during the prayer of `Eid Al-Fitr in 1916, during World War I.

Other photos depict the Field Marshal Viscount Allenby and Viscountess Allenby being received on arrival at a garden party at the Woking mosque.

One of the pictures showed the Ethiopian Emperor Haile Selassie greeted by Sir Abdullah Archibald Buchanan Hamilton in a highland dress in 1936. 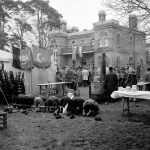 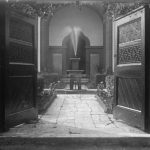 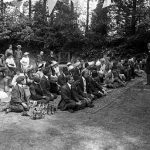 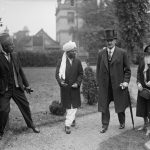 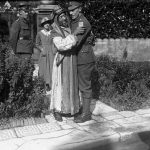 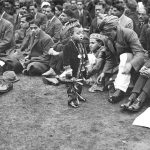 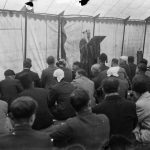 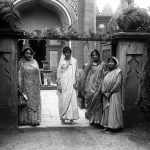 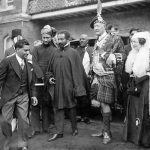 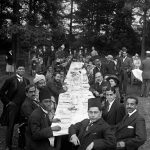 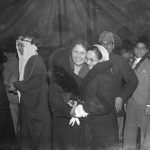 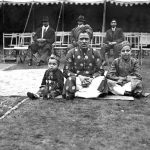 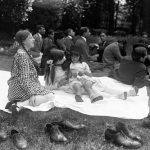 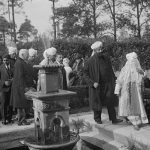 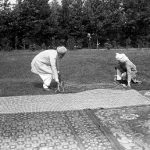 Woking mosque was built by Gottlieb Wilhelm Leitner, a Jewish Hungarian student of the languages and cultures of India and the Middle East.

He came to England to study at King’s College London where he was appointed Professor in Arabic and Muslim Law after graduation.

Leitner later became Principal of Government College University in Pakistan. In 1881, he returned to England to establish a center for the study of oriental languages, culture, and history.

He found a suitable building and had a mosque built in the grounds for the benefit of Muslim students who are pictured in one of the images while sharing a table at `Eid Al-Adha in 1916.

The mosque was named after Sultan Shah Jahan, Begum of Bhopal, who partly funded the mosque. Shah Jahan was one of four successive women rulers or “Begums” of the former Indian state of Bhopal between 1819 and 1926.

Shah Jahan mosque was used as a place of worship by Muslim members of Queen Victoria’s household including Abdul Karim, the subject of the 2017 film Victoria & Abdul.

When Leitner died in 1899 the mosque became disused, but it was repaired and reopened in 1913. It was supported by prominent British converts to Islam, including Lord Headley, who was the most celebrated English convert to Islam in the early 20th century.

During World War I, the mosque’s imam petitioned the British government to grant land near the mosque as a burial ground.

The application was granted and in 19 British Indian soldiers were buried there in 1917. The Islamic Review was published from the Woking mosque, as well as English translations of the Qur’an and other scholarly publications.