A horseman during the Super Rugby final with the sword-less logo. (Photo / Photosport)
aaa

The Christchurch-based Super Rugby club, “the Crusaders”, has made the first change in its re-brand after calls for the franchise to change its name following the mosque shootings, Otago Daily Times reported.

“Even prior to 15 March, the Crusaders had signaled their intention to complete a brand review,” NZ Rugby boss Steve Tew said.

“While the events of 15 March have accelerated and escalated that brand review, we do not want this to be solely a response to that tragic event.”

Tew was commenting on the Crusaders decision to remove the swords from their logo online. 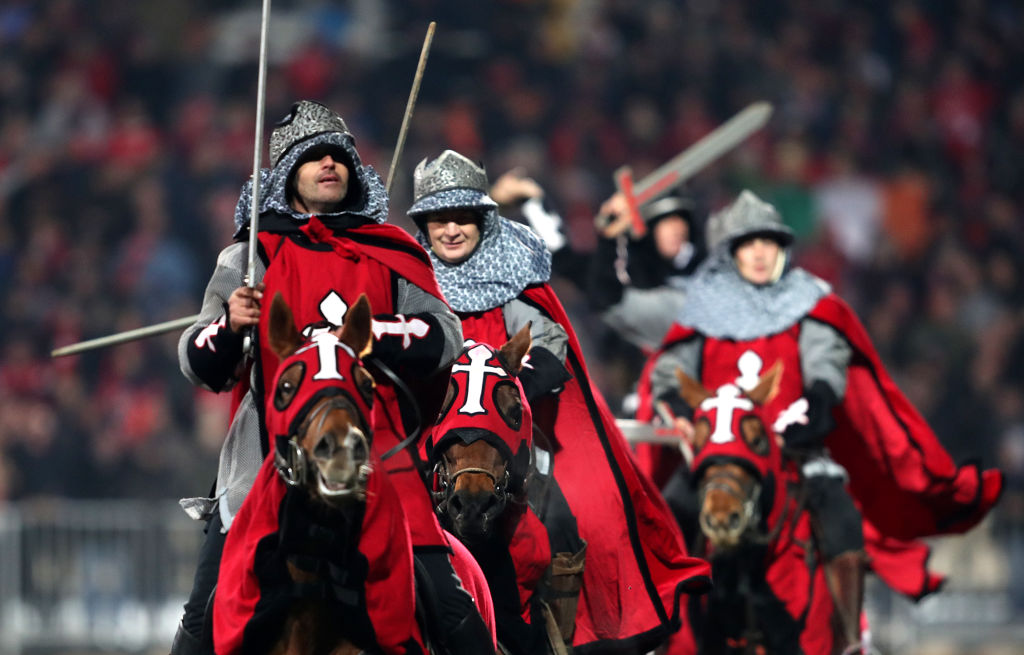 The Crusader Horsemen before the tour match at the AMI Stadium, Christchurch. (Photo by David Davies/PA Images via Getty Images)

After the attacks, the club said they were hiring an independent company to research a new name and imagery from next season.

The current name, the Crusaders, hints to a series of religious wars sanctioned by the Latin Church in the medieval period against the Muslim world.

The team’s badge, which would come into effect by the 2021 season, featured a sword-wielding knight with a cross on his chest in the style of a medieval Crusader.

Though the new decision divided fans, it received plenty of social media support for the new logo.

In the rugby world, many teams and players also expressed solidarity and support.

Four Manly Sea Eagles players paid an emotional visit on March 28 to one of the mosques which were the scene of a terrorist shooting in Christchurch.