KUALA LUMPUR — When she dons her costumes, the Malaysian Muslim cosplayer Saakira Izumi certainly grabs attention with her stylish incorporation of hijab into her cosplay outfits, Nation Multimedia reported on December 10.

“It’s not difficult to wear a hijab and cosplay. In some ways, it’s just like wearing a wig. You just have to find a hijab with the same color as the hair of the character you’re cosplaying,” says the cosplayer whose real name is Nurul Syakirah Samsol.

“If you want to be even more creative, you can even style your hijab,” she added while talking about her coming role as one of the highlights at the inaugural Star Supa Comic event which takes place at the Mid Valley Exhibition Center in Kuala Lumpur, Malaysia on December 29 and 30.

Hijab cosplaying is gradually growing in popularity these days all over the world.

Part of the appeal of cosplay (an abbreviation of “costume play”) after all, is coming up with clever and functional costumes.

“This has led to many skilled Muslim cosplayers not just incorporating their hijab into their cosplay, but also designing their own outfits,” explained the 24-year-old student who studies multimedia design at a local university. 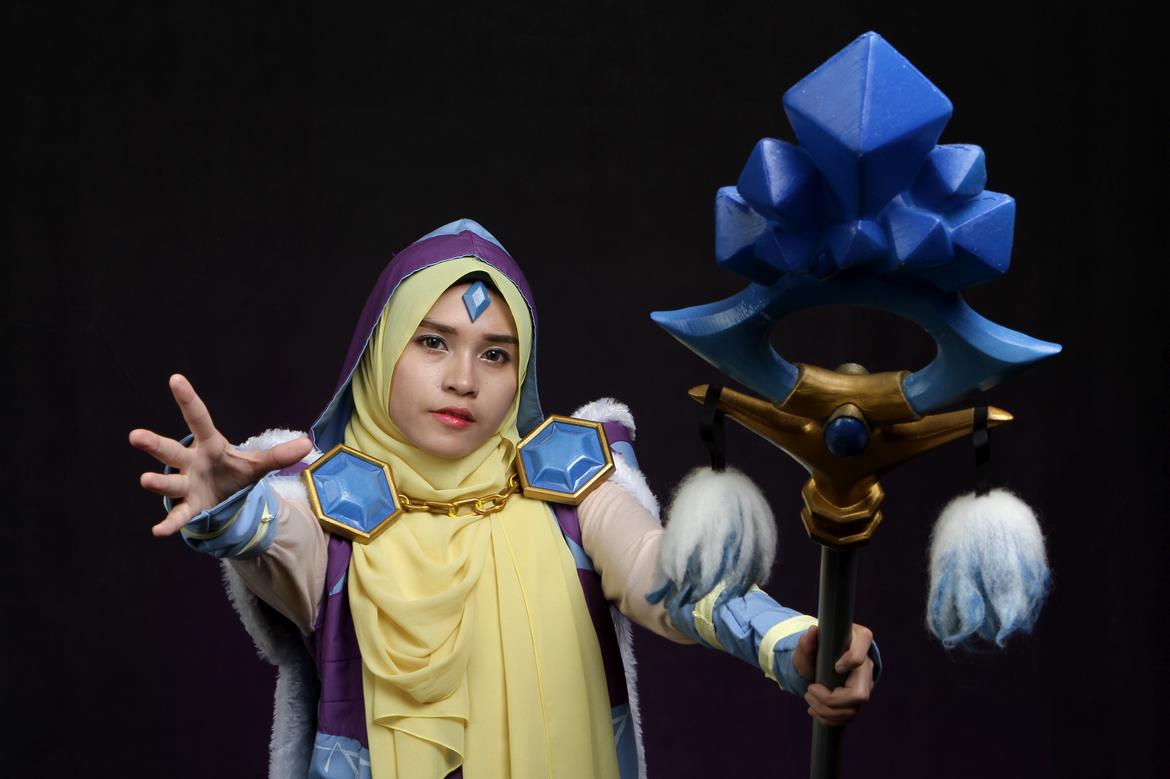 The Klang-based cosplayer has been cosplaying for about five years. She was inspired and influenced by fellow Malaysian Muslim Capries Ryn, another hijab cosplayer, who started cosplaying in 2012.

Ryn and Izumi are now the Malaysian representatives of Hijab Cosplay Gallery, a group for hijab cosplayers in the Muslim southeast Asian countries of Malaysia and Indonesia.

The group has 100 members, who meet at various regional events, hang out or attend gatherings held by the society every year.

“What’s most important about a costume is to make the character recognizable. In this case, even though my costume is a bit different because of the hijab, you can still tell who it is,” says Izumi.

The Muslim artist also makes many of her costumes herself; “It’s cheaper to do so than renting costumes. I picked up the basics from my mother, a tailor. So far, I made 18 costumes.”

Islamic Shari`ah designates hijab as a mandatory aspect for Muslim females after reaching the age of puberty.