CAIRO – Responding to calls from minarets, scores of Egyptian Muslim men and women have rushed to mosques in Tanta to donate blood for people injured in Sunday’s deadly blast, which struck the Coptic Christian Church on Sunday, April 9.

Mohammed Ahmad Hassan, a Tanta resident, said loudspeakers were used to call on people in the city to head to mosques and donate blood to help those injured by the attack.

Hassan added that hundreds of blood bags were being delivered to blood banks and the General Hospital where the injured were being treated. 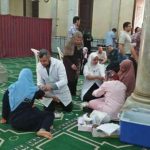 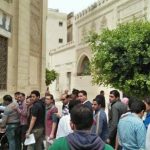 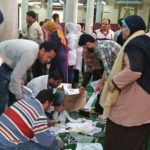 Outraged Egyptians posted messages of solidarity with members of the embattled religious minority on social media, using a hashtag saying “your terrorism brings us together.”

The suspect, reportedly equipped with a vest made of bombs, detonated the device outside the Alexandria church, church official Kamil Sadiq Sawiras told the New York Times on Sunday.

A second officer and local police chief Adel El-Rakiby also lost their lives in the blast that killed 13.