Time and time again I speak to women who have helped their husbands find another wife, supported their husband’s decision, or even made a habit of speaking or writing about the beauty of this Sunnah. Some have even gone as far as to share their home with a co-wife (something even I would not suggest or recommend).

Yet, despite Muslim women having gone over and beyond the call of duty in trying to overcome their natural dislike for sharing their husband (as a simple Google search on polygamy will reveal), advice, lectures, and complaints by Muslim men on the subject of polygamy continue to focus on the actions and thoughts of women. It is always with the apparent goal of inspiring women to love the arrangement and relish in its blessings by giving their husbands “no problems” with the pursuit.

But the fact of the matter is that Allah created women with a natural reluctance and dislike for sharing their husbands.

When I speak to women struggling in polygamy, one of my first pieces of advice is to accept that polygamy is inherently difficult and painful for women. It’s not “supposed to” be enjoyable or desired, I tell them—even though this natural difficulty and pain does not preclude having a loving, fulfilling relationship with your husband though he’s married to someone else. 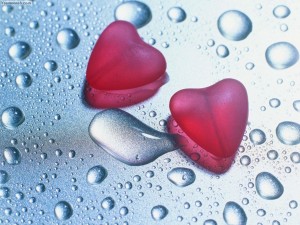 The real man is the one whose good treatment, patience, and understanding will inspire even the most reluctant and upset wife to stay with him.

Those women who seek to “love polygamy” often live in psychological and emotional turmoil as they deny themselves the right to hurt or even cry. They feel guilty for any resentment or emotional outbursts, and their husbands, unfortunately, often berate them for their struggles.

“This is the Sunnah,” their husbands may say, “so if you don’t love it, you have weak Iman,”—and, tragically, the wives believe them.

Ultimately, many of these women simply “break” and become so embittered and spiritually traumatized that they blame Allah or Islam for their misery—when neither Allah nor Islam asked them to “love polygamy” in the first place.

In my view, this summarizes the essence of the only advice men should give (and receive) regarding polygamy.

And, no, being a man doesn’t mean diving into polygamy while completely disregarding the first wife’s feelings. Sometimes, as we know from the famous story of Ali and Fatimah (may Allah be pleased with them), it may actually mean not pursuing polygamy at all.

Yes, women, like all believers, can benefit from reminders for their souls, and these reminders may or may not inspire them to accept polygamy in their lives.

Either way, women should love for their sisters what they love for themselves—as should men with their brothers.

So, dear imams, let us ask men and women to focus on their own responsibilities and roles, not someone else’s.

And by the mercy of Allah, as a woman, polygamy is not one of mine.