“If you don’t want your husband to marry another woman,” the imams said, “then, reflect on the hadith of the Prophet (peace and blessings be upon him). You should love for your sister what you love for yourself.”

I turned off the video and sipped my tea in the silence of the room. I had planned to watch the prominent imam’s entire lecture on the subject of plural marriage in Islam, but I couldn’t get past the first few minutes.

It wasn’t that I disagreed with his point. After all, it is true. If Muslim women who are already married think of a potential co-wife as a sister.
But is this mental shift really as simple as people make it sound?

Is it even realistic?

“What role do you think women play in polygamy?”

I had just arrived for a meeting at the home of a community leader and his wife when he asked me this question.

The inquiry took me off guard because it was unrelated to the subject of the meeting. He wasn’t asking about the details of women’s role in a Muslim marriage (He already knew that). He was asking what role they play in ensuring that a husband’s pursuit of subsequent life in plural marriage is successful and relatively uncomplicated.

I could tell he hadn’t expected this response. Then again, I hadn’t either. But it was what I honestly felt.

Brows furrowed, he asked, “What do you mean?”

“She’s not the one taking another wife—he is,” I said. “So the burden is on his shoulders, not hers.”

“But don’t you think women have some responsibility in making it work?”

The shocked silence in the room made me realize I should clarify.

“I’m not saying she has no accountability to her co-wife,” I explained. “The co-wife is her sister in Islam, and she can’t violate her sister’s rights.”

I went on, “But what I mean is, beyond her normal duties when her husband is married to only her, her role doesn’t change when he marries someone else. But the husband’s role does change because he chose polygamy.”

He nodded, beginning to see my point.

“And when a man marries another woman,” I told him, “he must understand that his first wife will naturally be hurt and upset. But this comes with the package. And if he can’t handle this natural hurt and upset without blaming his wife or asking her to change, then he’s the one at fault. Women will be women,” I said with a shrug. “And if a man doesn’t fully accept what that means in reality, then he’s not ready for polygamy.”

I am saying is that whatever responsibility exists in making the Sunnah of polygamy work rests almost entirely with the man, who must engage in careful introspection, seeking advice, and making du’aa.

Though it has been many years since I had this conversation with the community leader, my views have not changed. If anything, they have become more resolute. And if there were any advice I would give to Muslim leaders who wish to tackle this topic with any success, it would be this: “Stop addressing women, and start addressing men.” 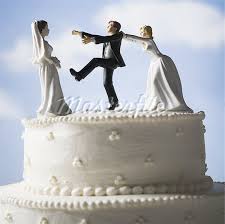 “And when a man marries another woman,” I told him, “he must understand that his first wife will naturally be hurt and upset.

The more I reflect on this verse, the more I get a small glimpse into the infinite wisdom in these words. Specifically, five points stand out to me:

1- Allah is addressing only men in this verse.
2- No advice or instructions are given to women regarding plural marriage.
3- Allah is asking men to engage in careful introspection when determining whether or not to pursue polygamy.
4- The last part of the verse clearly implies that marrying more than one woman results in increased responsibility (and thus accountability) as opposed to marrying only one woman.
5- The last part also suggests that polygamy itself will be a challenge—so much so that Allah tells men outright that being married to only one increase the likelihood of the man being just to his wife.

No, I’m not suggesting under the guise of advice that “one is best for you” while secretly hoping that no man engages in this Sunnah.

Actually, in my heart of hearts, I do hope that men (at least the ones responsible and financially capable) find a way to make plural marriage work—with wives by their side who are both fulfilled and pleased. Otherwise, there will be an ever-growing list of single— never been married, widowed, and divorced—women denied the joys and blessings of an Islamic marriage.

But what I am saying is that whatever responsibility exists in making the Sunnah of polygamy work rests almost entirely with the man, who must engage in careful introspection, seeking advice, and making du’aa and Istikharah when making this difficult decision and subsequently living with its naturally challenging consequences.

It goes without saying (or at least it should go without saying) that if a man’s current wife doesn’t wish to be in polygamy, it is illogical to ask her to shoulder the responsibility of making successful something that she neither desires nor chose.

The real man is the one whose good treatment, patience, and understanding will inspire even the most reluctant and upset wife to stay with him—even as she may never like that polygamy is part of her life.

In other words, real men implement the Sunnah of being men.
Those women who seek to “love polygamy” often live in psychological and emotional turmoil as they deny themselves the right to hurt or even cry.