"I pray and make du’aa’ every day, but I feel lonely, isolated, and so depressed."
aaa
Q Salaam. I married a year ago to a person I knew from college. Unfortunately, and I am ashamed to admit it, we were seeing each other for 6 years prior to marriage. We always had the intention to marry; therefore, when he finally spoke to his family, they were not happy with the proposal and prolonged it for almost three years. He kept pushing and eventually we married. However, we were in a constant state of argument prior to marriage as a result of his family's lack of support. It put me under pressure, and my family started to question his family and their integrity. When we got married, my husband acted very distantly. We tried to make love a few times in the first week, but we were unsuccessful. He then told me that he was affected by jinns/ black magic, because he kept getting upset stomachs and severe headaches when getting close to me and having contact with my family. Despite my yearning for him, we grew distant. We haven’t kissed properly since the first week of marriage. He rarely touches me and doesn’t like spending time with me because of feeling weak when he is around me. 4 months into the marriage, I found out he was cheating on me. He pursued a relationship with another woman a year before we got married. They used to work together. He profusely sought my forgiveness and told me he would end everything. I have found out that he has continued to speak to her, but I don’t think there is anything intimate between them. This makes me feel hurt, insecure, and depressed. It makes it worse that we live with his family who are very traditional. We are not encouraged to spend time together. But he doesn’t want to spend time with me, anyway. He spends most of his time with friends, at work, or on his phone. He has taken me out three times in the year, which happened because I needed to do eid shopping. I also work, so I pay my way. We remain in a state where we haven’t made love. He has tried a few times but falls very weak after each attempt and feels like he'll black out, so he avoids it like the plague. We have seen a Raqi who has advised him to listen to ruqya every night, but nothing seems to improve. I’ve spoken to him about the lack of warmth, emotions, and physical activity in our marriage. I feel I live to work and serve his family. I rarely see my family (once every three weeks or so, although they live 5 minutes away). He obviously does not have much contact with my family. I told his family about these issues and him cheating on me 2 weeks ago. They made him ask for forgiveness and have asked us to carry on trying. I pray and make du’aa’ every day, but I feel lonely, isolated, and so depressed. Just do not know what to do. I do not think he will love me again, although I love him very much and still feel attracted to him. I think I have cried in bed at least 90% of the time while in this marriage. Any advice would be appreciated.

“In addition to seeking out marriage counseling, I would like you to really examine what it is you want from a marriage. Make a list of your needs and goals for a healthy, loving, Islamic marriage. Next, to your list, check off what is present in your marriage.”

Thank you for writing to us. As I understand, you had a relationship with your husband for 6 years before you were married. When you decided to marry, his parents were not happy with it, thus prolonged it. Then your family felt insulted and questioned their integrity which caused arguments and friction between you and him. In the meantime, your fiancé (now husband) gets involved with another girl. Then you married, but since then you have been having problems with intimacy, both emotionally and sexually, and there is friction between the families.

Sister, first of all, this seems to have been a highly stressful and turbulent relationship, even before the marriage. To think that all these feelings of hurt, bitterness, and anger would just go away once you were married is not realistic. It even sounds so intense that it borders on the lines of a traumatic experience. Additionally, you have the fact that you found out he was cheating 4 months after you were married and was seeing that woman for a whole year before you married! And, he still talks to her…No wonder he cannot perform in bed or form a close bond with you.

I highly doubt it is jinns or black magic (although consult with one of our scholars if you are unsure). In my clinical experience, I see it as his way of responding to the guilt and infidelity. The more he gets closer to you and forms a bond with you emotionally, intellectually and sexually, the more intense the guilt may be for him that even causes anxiety and panic attacks (as it may be what you are describing). Sadly dear sister, if it is not guilt, perhaps he has formed a bond with this other woman and is still seeing her. This is difficult to propose as I know it’s painful for you to hear, but in order to examine your situation with the information you have given, it is a possibility. With that said, his claim of jinn or black magic can be a useful alibi.

Dear sister, I suggest that you seek marriage counseling from a clinician in your area. You both experienced a lot of drama before you married which has not been resolved. In addition, the drama in your marriage now is from the old stuff and the new. The new being you found out he was cheating for a whole year. Zour living with your in-laws who are traditional were in part the cause of some of this drama.

They also do not encourage separate personal time for you and your husband which you desperately need and is your right. You feel like you “live and work to serve his family”. Sister, a wife is not a servant for her husband’s family. It is nice to help and it is a blessing to help out, but you are not a servant. You also need to spend time with your family as well.

In addition to seeking out marriage counseling, I would like you to really examine what it is you want from a marriage. Make a list of your needs and goals for a healthy, loving, Islamic marriage. Next, to your list, check off what is present in your marriage. Then I suggest you make another list.

You speak of love and say you love him so much and are so attracted to him. My dear sister, I get it that you have sexual needs and strong desires. We all do (most of us); it is natural. However, I ask you to explore what it is about your husband that you love (besides the fact you are attracted to him). Make a list of the qualities of a husband that you would love and that is conducive to a love growing. Again, check next to this list those qualities of love that he possesses. In sha’ Allah, these lists will give you a clearer picture of what it is you truly want, compared to what you are dealing with realistically.

The role of the husband revolves around the moral principle that it is his solemn duty to Allah to treat his wife with kindness, honor, and patience. He must keep her honorably or free her from the marital bond honorably and to cause her no harm or grief. Allah Almighty says:

“…And live with them in kindness. For if you dislike them – perhaps you dislike a thing and Allah makes therein much good.” (Quran 4:19)

Please read some articles that will help to clarify the roles which Allah has defined for spouses who are to be a ‘cover and comfort’ to each other.

In sha’ Allah sister, go for marriage counseling with your husband. If he refuses to go, in sha’ Allah, you can go for yourself. You need to heal, and you need help with sorting out all that has happened and get guidance for what direction you now wish to go forth in.

You may consider separation for awhile in order to reduce the stress and emotional burden that is being placed on you. This will also give him some time to seek out what is right, while you have time to think about what it is that you truly want. The above lists will help immensely, as will counseling.

Also, repent to Allah and ask forgiveness for any sins you may have committed (both of you in sha’ Allah) and try to start on a fresh path. If you both chose to save the marriage and take proactive steps towards that missive, it may take time to heal and form a truly loving relationship as much hurt and damage has been done. However, Allah is the most merciful, sister. Stay close to Him through prayer and by reading Qur’an. You will find your blessings there, as well as future happiness in sha ‘Allah and relief.

You are in our prayers dear sister. Please let us know how you are. 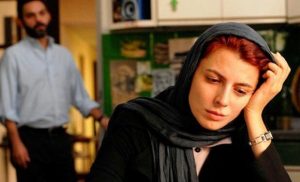 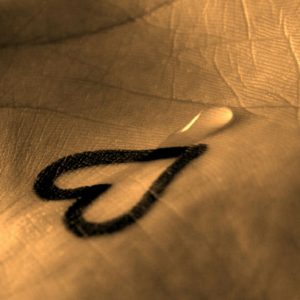 I Crave for My Husband’s Attention & Love

Lack of Love; My Marriage is Falling Apart