aaa
Q What is the understanding of life before birth in Islam? Does the child have a soul or a spirit before birth? When does it receive the soul or spirit? Or is there life before conception? Where is the place of blood? Some say life is in the blood, so we receive life as we receive blood in the womb and we cease to live when we die and our blood comes to rest. Please clarify.

Short Answer: A child does not have a  ruh (soul) before its creation in the mother’s womb. Although we know that the soul is present somehow in the living body, we do not know where it is located.

Thank you for your interesting questions. It is my personal pleasure to answer you.

1. Understanding Life Before Birth In Islam

Life is a series of molecular events and biochemical reactions in each cell of the human body, events and reactions that should not be confused with ruh (the human soul) of which we have very little knowledge.

Life begins in the embryo at the time of conception. This is despite the fact that life was present even in the precursors of the ovum and the sperm that were lying dormant in the testes and the ovaries. In fact, both the male sperm and the female ovum have life in them, even before fertilization takes place, but they have no soul (ruh).

{There was a time when man was non-existent and he was not even mentioned} (Al-Insan 76:1)

It is difficult to imagine that as recent as 150 years ago we did not know that just a single spermatozoon out of millions present in the father’s seminal discharge at any one time fertilized a single ovum (egg) of the mother causing us to be born, and that the rest of the millions of sperms died in this process.

Nowadays as we know about this struggle for survival, we can very well imagine how lucky and important each of us is to have survived and be alive today.

{It is He Who created you from a single person, and made his mate of like nature, in order that he might dwell with her (in love). When they are united, she bears a light burden and carries it about (unnoticed). When she grows heavy, they both pray to Allah their Lord, (saying): “If Thou givest us a goodly child, we vow we shall (ever) be grateful.”} (Al-A`raf 7:189)

Just a reminder. We should never blame the wife if she does not produce a male child, as some do. This is because the male gender is present in the Y chromosome of the husband and can only be contributed through his sperm.

2. Does the Child Have a Soul (Ruh) Before Its Creation in the Mother’s Womb?

No. A child does not have a ruh (soul) before its creation in the mother’s womb. 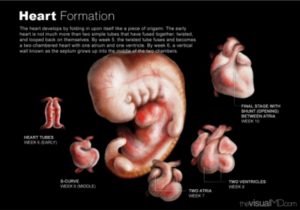 3. When Does the Child Receive the Soul (Ruh)?

Muslim scholars are of the opinion that human life begins soon after the fourth lunar month of conception when the fetus becomes viable, that is, fit to live. Of particular significance are certain associated events reported by `Abdullah ibn Mas`ud, who narrated that Prophet Muhammad (peace be upon him) said,

The creation of each one of you is brought in the womb of his mother for forty days as a germ cell. Then for a similar period, he is an embryonic lump (hanging like a leech, known as `alaqah in Arabic). For another forty days, he is a mudghah (chewed-like substance: shape of a 4-week-old embryo); then an angel is sent and he (the angel) blows in him the ruh (soul).

After this, the angel is ordered to write down four words. He is told to write down the child’s livelihood, his life duration, and whether he is to be miserable or happy. (Al-Bukhari)

Ibn `Abbas stated that the breathing-in-process takes place within 10 days after the 4-month period. If the fetus were to die before this process, there should be no Janazah Prayers (funeral prayers). And it is to be noted that it is the foreordainment and the breathing that generate the quality of a human being.

Animals have no such ruh. This “breath” may be similar to the breath by Allah when He first fashioned Adam. Of course the idea of God’s breath is metaphoric, indicating love and ownership, not physical breath.

Muslims accept that the soul is what Allah says about in the Quran, which may be translated thus:

{Then He fashioned him and breathed into him from His ruh; and He gave you (the faculties) of hearing, sight, and feeling. Little thanks you give.} (As-Sajdah 32:9)

{When I have fashioned him and breathed into him from My ruh} (Al-Hijr 15:29)

If Allah had not breathed into the mold of clay from His own ruh, we human beings would have been statues of clay without any life and without soul. In this breath that comes from Allah and which we call ruh is embodied whatever potential good and positive qualities human beings possess. These must have been present in this ruh, which probably entered the fetus in the womb when the fetus became viable soon after four lunar months of conception.

4. Is There Life Before Conception?

Yes, there is life before conception in the sperms and the ova, which are living but have no ruh.

Some people say life is in the blood, so we receive blood in the womb and we cease to live when we die and our blood comes to rest.

Physically, blood acts only as a nutrient. It can be drained off completely from the whole body and can be replaced, and the person still would be living and would have a soul. The heart could be removed from the body (as we used to do with the frog’s heart and put it in saline solution) and it would keep on pumping for a few days. The heart will have life for a few days, but where is the soul?

The important question here is, where does this soul reside in the body? If one’s limb is amputated, this amputated limb does not have a soul, although it still has life and the limb can be reattached. So again, where is the soul? All four limbs can be amputated and still the soul is intact in the remaining body. 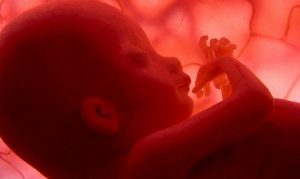 Then, does the soul reside physically in the blood? No, because the blood can be drained off completely and replaced.

Although we know that the soul is present somehow in the living body, we do not know where it is located.

Moreover, it may be fruitless or futile to seek out any special locus or resident place for a spiritual entity, of which Allah has given us very little knowledge. The Quran clearly states that the ruh is a divine matter whose secret is known only by Allah. This is mentioned in the verse that says what means:

{And they ask you about the soul. Say: The soul is one of the commands of my Lord, and you are not given aught of knowledge but a little.} (Al-Israa’ 17:85)

I hope this answer is sufficient. If you have any other questions, please do not hesitate to write to us again. Thank you and stay in touch.

Safeguarding the Human Life in Islam

What Were the Signs of Prophet Muhammad’s Birth?

How is God’s Life and What Is His Purpose to Exist?