According to Islamic teachings, all living things are partners to humans in life and each species deserves respect.

Environmentalists never tire of stressing the importance of water as the “source” of life on earth. In fact, the ever-glorious Quran is the only divine book that lays so much stress on how life is so closely linked to water:

And have not the ones who disbelieved seen that the heavens and the earth were an integrated (mass), then We [Allah] unseamed them, and of water We have made every living thing? Would they then not believe? (21:30)

God also says in the Quran what means:

And Allah sends down from the skies water; so He gives life therewith to the earth after its death. Surely in that is indeed a sign for a people who listen. (16:65)

Prophet Muhammad (peace be upon him) has taught that any person who plants a crop that feeds another person, animal, or bird, will receive his or her due reward in Paradise, and that denying water to living beings or destroying trees or plants is viewed in Islam as a grievous sin.

Modern scientific methodology and technology have their roots in the experimental science propagated by the previous generations of Muslims. What came to be known as Islamic science never was a greedy venture to conquer the forces of nature, but an ethical pursuit of knowledge with a view to decipher the signs of God in nature as well as in the whole universe.

While Muslims are proud of their contributions to science and technology as a means of improving the quality of human life, they are happy that they have little to do with the development of such technologies as linked to the destruction of nature, the environment, and of living beings through the wasteful exploitation of God-given resources and through the manufacture and use of weapons of global destruction.

In his article “Islam and the Environment,” Arafat El-Ashi, director of the Muslim World League in Canada, observed that “Human life is sacred in the sight of Islam; hence, no one is permitted to take the life of another person except as life-for-life; and in Islam suicide is a crime” (Smith).

Islam gives an integrated view of life and reality, and it is unique in that it holds every human activity, whether this-worldly or the other-worldly, under the purview of religion. That is because Islam views life as an organic whole; whose divergent spheres are subject to the same guiding principles.

The Islamic Jurisprudence is a body of laws meant to govern the whole of human life. The scholars of Islam have underscored five major objectives of the Islamic law based on the noble Quran and the Sunnah of our Prophet Muhammad (Al-Timimi). These objectives are the protection and promotion of the following:

One may wonder why the preservation of life is second to the protection of religion. The answer is that everything, including the very idea of protecting life, comes from religion; for Muslims, the very purpose of human life on earth is to worship God alone (Al-Timimi).

The Sanctity of Human Life

Our concern here is the protection of life, which is the second objective of the Islamic law. We find the sanctity of human life repeatedly and most emphatically in the ever-glorious Quran. An example is the Quranic verse that reads:

Among the pagan Arabs at old times, there existed the horrible practice of burying alive the newborn girls. Today, however, this practice further developed to kill the babies even before they are born.

By this, modern people have made the crime of infanticide a small matter of medical expediency. This practice is strongly condemned in a number of Quranic verses. An example occurs in one of the earliest chapters revealed to Prophet Muhammad in which reference is made to the Day of Judgment and the signs preceding it; two of these verses read:

When the female infant buried alive will be asked, for what sin she was slain. (81:8-9)

Indeed, by prescribing death penalty for the murderer, the Islamic law aims at the protection of life. Yet, no one has the right to take the life of another except under due legal process. Moreover, it is a unique feature of the Islamic law that it makes a provision for the family of the murdered so as to forgive the murderer.

The Protection of Family

They can do so freely or after receiving some token financial compensation. The third objective of the Islamic law is the protection of the progeny or family. Islam strictly prohibits the free mingling between opposite sexes. While marriage is permitted and encouraged by Islam, promiscuity is forbidden in no uncertain terms.

Islam views the sexual impulse of the humans as something natural and beautiful, not as something dirty. That is why Islam has regulated such impulses and nurtured and satisfied them through marriage.

Islam seeks to strengthen the family because outside it, there is no real protection for children, especially in their early stage of growth when the attention and care given to them by their parents are of crucial significance.

So, any action that undermines the family is considered a serious crime in Islam; punishments are prescribed proportionate to the seriousness of the criminal act.

Thus, having irresponsible sexual relations, that often lead to pregnancy and consequent infanticide, is most heinous from the viewpoint of Islam.

But in “modern” societies, especially in the West, permissiveness, which means no accountability to anyone, is the norm. This is most abhorrent to Islam, however.

In short, safeguarding the institution of the family is essential for the security and stability of any society. Crimes and increasing mental disorders leading to suicides in Western societies are often traceable to the dissolution of family.

Where families have broken down, children may well develop criminal tendencies ultimately giving rise to social disruption. Therefore, the family is seen as greatly important in maintaining peaceful life at the individual, social, and international levels.

Siddiqi, Muzammil H. “Ethics of Shari`ah and Our Responsibility.” 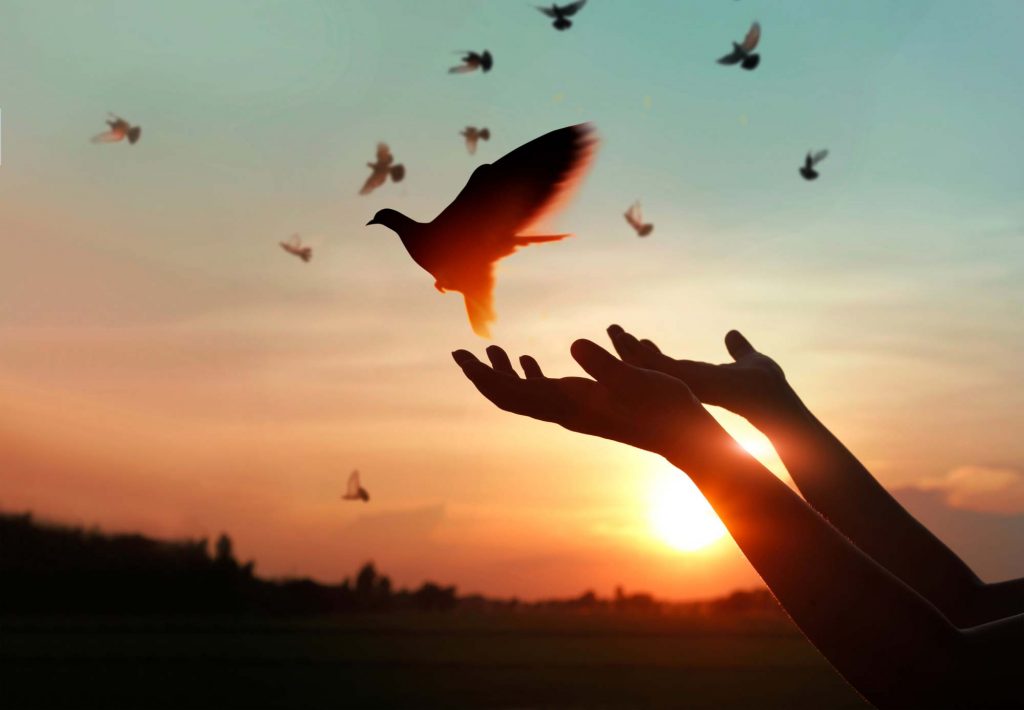 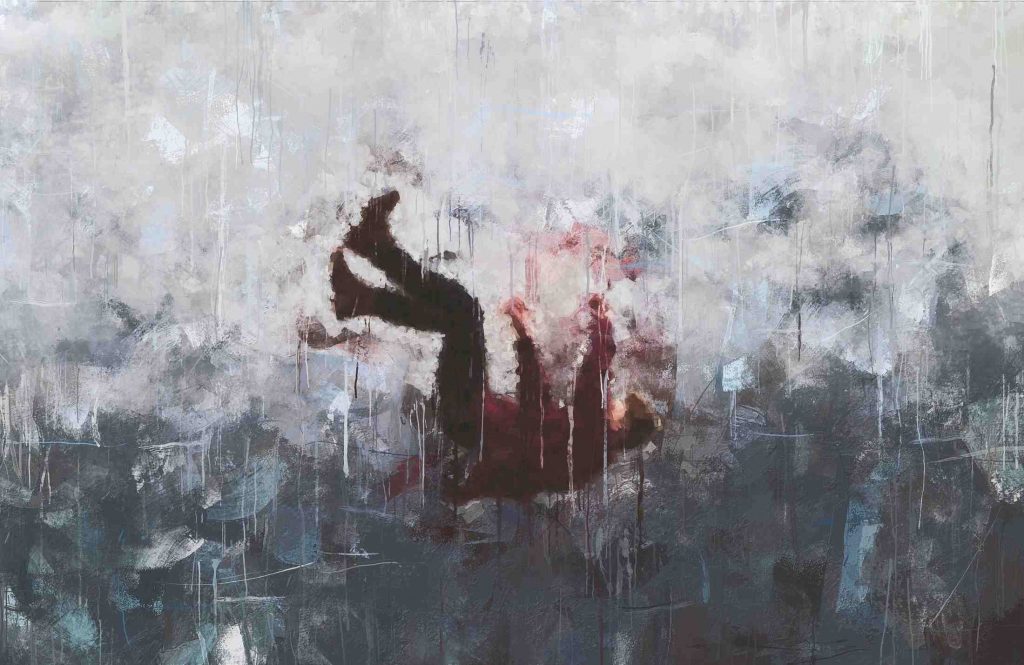 In this video, Sheikh Hoblos confronts the stereotypes and misconceptions of one of the biggest taboo topics in the Muslim community, mental illness.
Read More 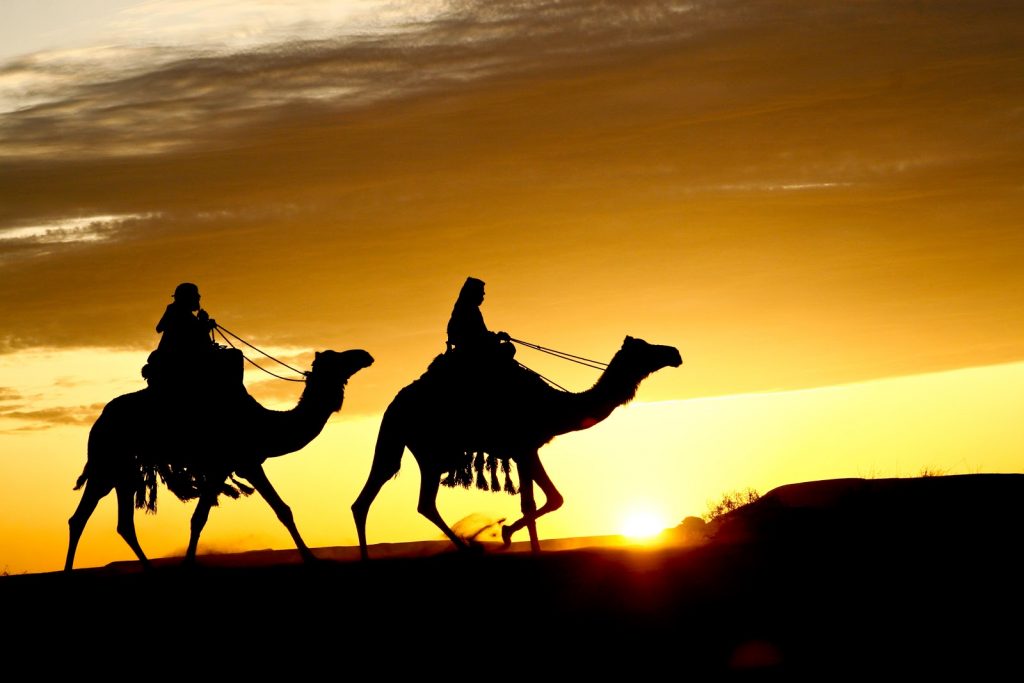 Do You Really Know the Story of Hijrah?

Slowly and secretly the Muslims started to travel to Madinah, trying to keep their movement away from the keen eyes of Quraysh…
Read More 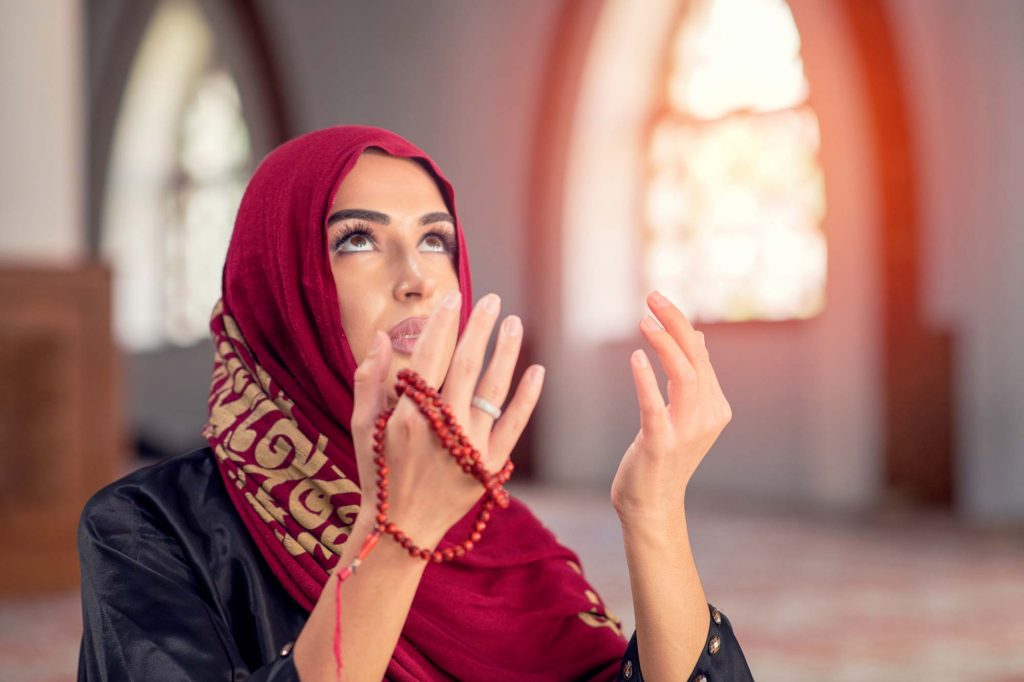 How can we stop this pattern of putting ourselves down with mean and defeating thoughts? The answer is simpler than many assume.
Read More 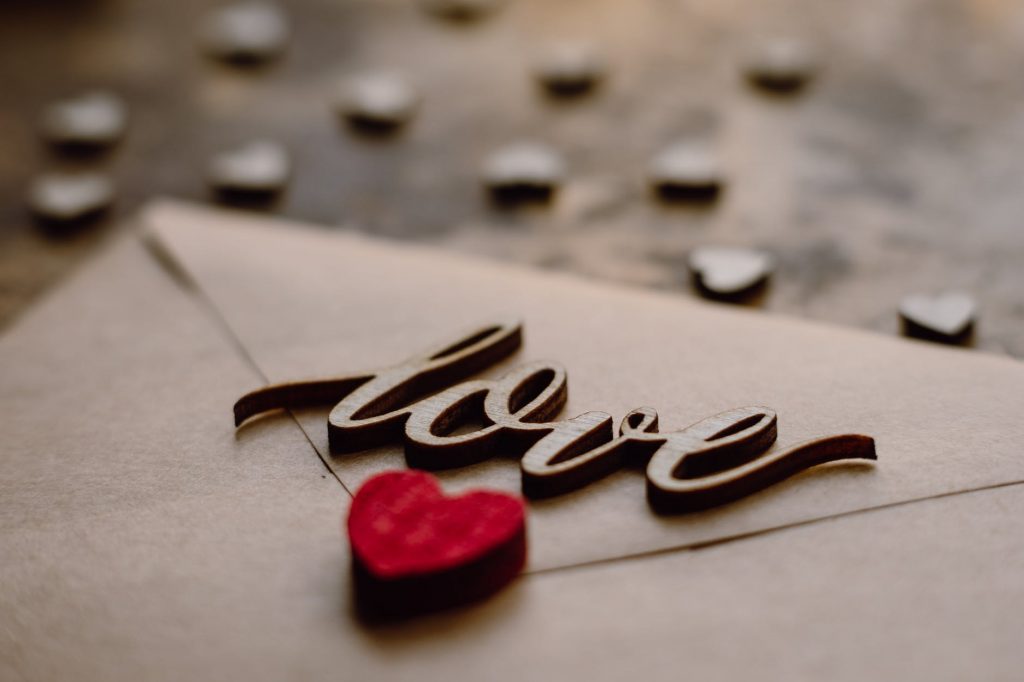 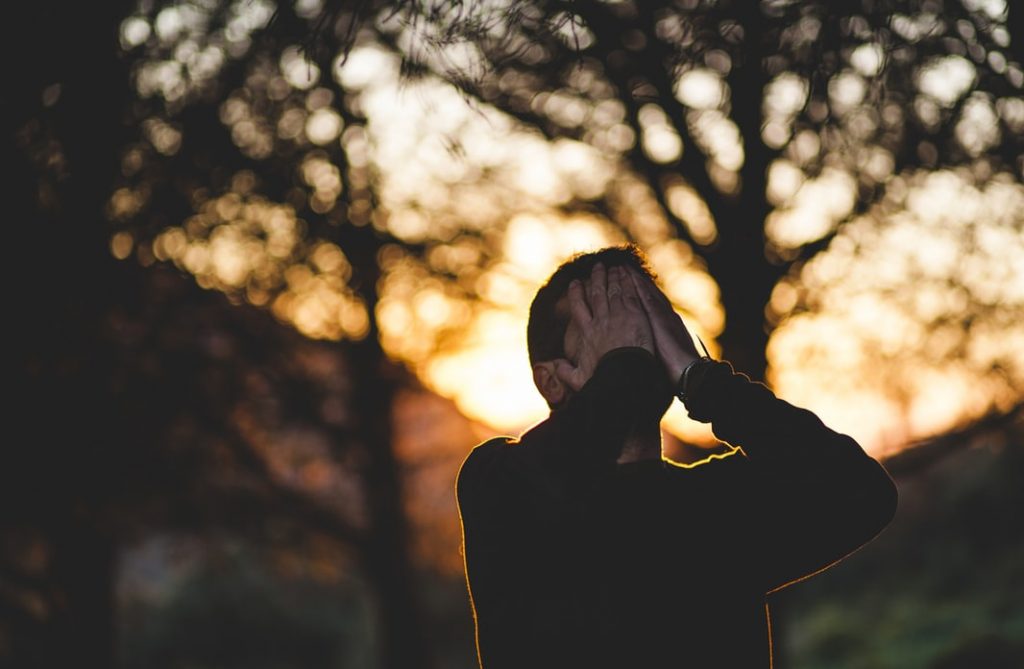 Why Does Allah Take People From Us? 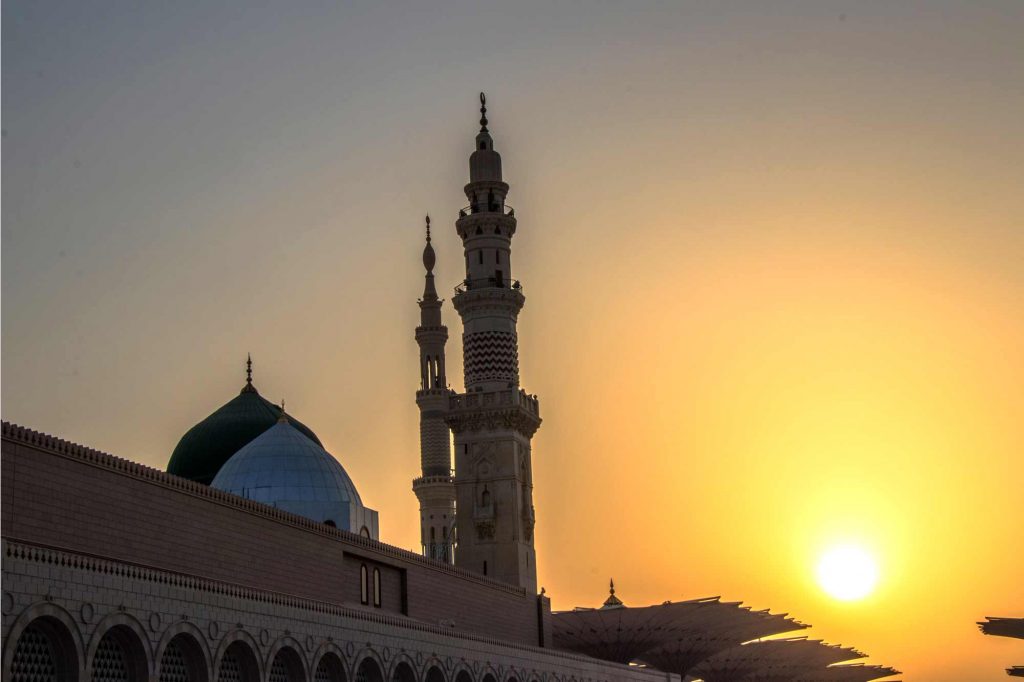 By the thirteenth year of the Prophethood, nearly all the inhabitants of Yathrib (Madinah) knew about Islam…
Read More