aaa
Q On Islamic web-sites I found narratives about the birth of Prophet Muhammad in which it is claimed that miraculous events had happened at Muhammad's birth. The narratives are very different and they include Muhammad's mother Amina, light, angels, prophets, his paternal grandfather Abdul Mutalib, the Kaaba, strange events in Persia (Zoroastrian fire temple, the palace of Khosrau I) and in Byzantine Empire (the royal chapel of Emperor Justin II). In which of these narratives do Muslims believe to be indeed historically true in the same manner that Christians believe that the star of Bethlehem which led the three wise men to the newborn Christ or angels' annunciation of the birth of Christ to the shepherds in Bethlehem are historically true?

Short Answer: Muslims do not build their love and acceptance of Prophet Muhammad on the miracles that accompanied his blessed birth. Rather, they build that on their faith in him, which stems from the faith in the message he was sent with. If you ask me, do you believe that these strange events happened around the time of the birth of Prophet Muhammad, I will say, yes I do believe that what has been told to us by the Prophet to have happened, must have happened.

Let me first of all thank you for the intriguing question and your deep research, as it appears from your words that you have read very well about the topic.

Before I talk about the historical events that accompanied the birth of our beloved Prophet Muhammad (peace be upon him), let me highlight that the events of history cannot be taken as authentic as the Sunnah (sayings, deeds and attributes of the Prophet) which has been narrated to us with an unbroken chain of authenticity.

This is simply because the Sunnah has been subject to verification and authentication processes which are not normally applied on historical events.

The Message of Prophet Muhammad

Muslims do not build their love and acceptance of Prophet Muhammad on the miracles that accompanied his blessed birth. Rather, they build that on their faith in him, which stems from the faith in the message he was sent with.

The historical events of the life of any Prophet cannot be taken without undergoing the process of verification and authentication. Therefore, Muslims are not very bothered with the great events that shaped a change in the world celebrating the coming of the final Messenger Muhammad.

Rather, they are more focused on the essence of the message that Prophet Muhammad brought to mankind.

The value of great men is not derived from the events that happen around them; rather, it is driven from the contribution they have made to human race, the amount of goodness they brought with them and the positive change they managed to carry out.

When Prophet Muhammad came, he changed the face of humanity and brought new concepts to people and managed to bring light to their minds and lives.

The Birth of Prophet Muhammad

The very event of his birth was in itself a big addition to mankind.

Regardless of the great signs that accompanied his birth and the attempt of trying to prove that historically, the fact that he was a prophet and a great man is still the same. 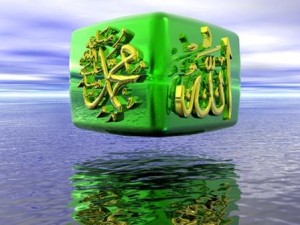 is something that can be argued by other historians who do not belong to Christianity or can even be dismissed from having any relation with Jesus, by other people who do not see the event from
a pure Christian perspective.

Therefore, history may fail us here and to save time, history may fail in matters of faith, simply because history is very much dependent on human effort while religion is a Divine thing; that is to say, what is human is limited and defective while what is Divine is perfect and unlimited.

If you ask me, do you believe that these strange events happened around the time of the birth of Prophet Muhammad, I will say, yes I do believe that what has been told to us by the Prophet to have happened, must have happened.

And what we are not told about by the Prophet himself must have been communicated down through historians, because there is no smoke without fire. Yet, I do trust what the Prophet told us that it has happened.

In the hadith narrated by At-Tabarani, the Prophet says:

“When my mother was pregnant, she saw as if light has come out of her and extended to lighten the palaces of the Levant.”

Now speaking of history itself, what is history and how did it come to existence?

History is basically the recording, whether in oral or written form, of the life incidents and events since very long ago.

The way history is communicated from a generation to another is normally through word of mouth or written passages, records or books.

When we think of what happened at the time of the birth of Prophet Jesus and how it was communicated to us, we will realize that they have been communicated down to us through word of mouth (narration) which was later on put into a written form (in this case it was in the Gospel).

This is history in its simplest meaning, and by applying the same methodology, we can realize that the same happened with the life events of Prophet Muhammad. 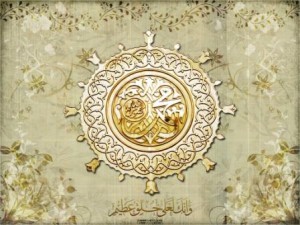 aking into account that Arabs at that time did not have the culture of reading and writing on a large scale, the only way of communicating things or recording them was through word of mouth.

Living in the clear vast desert, Arabs were very well known for their strong memories that enabled them to memorize thousands of lines of poetry and narrate them all over Arabia.

It was with these strong memories that they recorded to us such events including the collapse of some parts of the palace of Khosrau I, the water of the lake of Sawa that disappeared to the ground, the valley of Samawah that was flooded with water and the sacred fire of the Magians that went off after a thousand years of being on.

These were kept in the memories of generations, until it was written down later on in the books that speak about this stage of human history.

Birth Announcements: Why Jesus Not Muhammad?