Prophet Muhammad was paying visit to a sick person who was very dear to him. He was visiting a Jewish boy who had been working for him as his personal servant. The boy used to bring Prophet Muhammad water for his ablutions, get him his sandals, and run errands for him.

On this day, the Prophet was troubled by the boy’s absence, so he went to his home to visit him in his illness and inquire after him.

He went inside and sat near to the boy’s head. The boy’s father sat across from him. The Prophet (peace be upon him) looked upon the boy with compassion, sad to see him dying at such a young age.

The Prophet then called the boy to consider what he needed at this time the most; the religion with which he would meet his Lord. He said:

Accept Islam. Declare that there is no God but God and that I am His messenger.

The boy was receptive to this invitation. He had been the Prophet’s servant, and during that time he got to know the Prophet’s character, manners, and temperament.

The boy had recognized in the Prophet the characteristics of a messenger of God. He knew that the Prophet was neither a tyrant nor a pretender.

Nevertheless, the boy still felt his father’s authority acutely, so he turned his face to his father and looked imploringly at him, waiting for his father’s consent.

Again, the Prophet invited the boy to accept Islam, seeing that the boy’s life was quickly fading away. At this point, the boy’s father said:

“Obey Abul-Qasim (meaning the Prophet). Say what Muhammad is telling you to say.”

The Jewish boy then uttered the words:

“I testify that there is no god but God, and that you are God’s messenger.”

He said these words with his final breath. When the Prophet (peace be upon him) emerged from the boy’s home, he was warmed by the fact that God had guided him. He said:

Praise be to Allah who used me to save him from the Fire.

Then he turned to his Companions and said:

Hold the funeral prayer for your brother. (Al-Bukhari)

Mixing with People of Other Faiths

We should learn from this incidence how the Prophet conducted himself with people of different faiths. It is significant that he chose a Jewish boy to be his personal servant. How many companions must have longed for the honor of that position? And how many Muslims would have been overjoyed to have their sons serve the Prophet?

Nevertheless, the Prophet gave the job to a Jewish boy. This shows us that we should have a balanced, amicable, and normal attitude in our dealings with people of different religions, whatever they be Jews, Christians, or others. There was no tension or estrangement in the Prophet’s dealings with non-Muslims.

When Prophet Muhammad came upon a mixed group of people, Muslims, Jews, and pagans, he would sit with them, speak with them, and call them to Islam. He would part company with them as amicably as he came. And he would visit with non-Muslims in their homes. He accepted their invitations and opened his home to them. 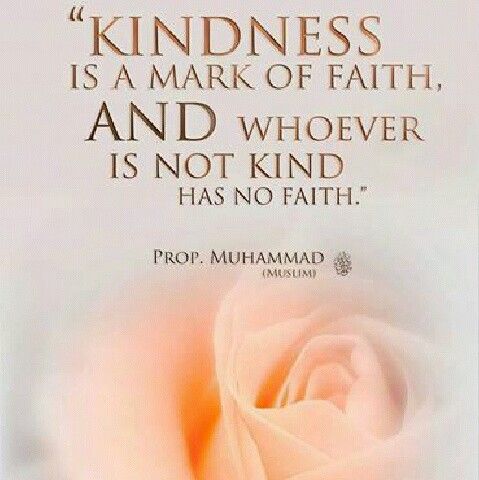 As we have seen, he even hired a non-Muslim to be his personal household servant. This is a sign of strength, not of weakness.

Mixing with others is the best way to make non-Muslims familiar with Islam and with the Muslims as people. It breaks down the barriers between people and creates opportunities for them to learn about Islam properly.

This is why the Jewish boy accepted the Prophet’s suggestion to embrace Islam. For he knew about Islam.

He knew how Prophet Muhammad conducted himself. He saw his honesty and integrity. His close acquaintance with the Prophet is what made him realize that Muhammad was indeed God’s Messenger. This is why it was so easy for him to make such a momentous change in the arduous final moments of his life.

We should observe in this incident the humanity that Muslims are supposed to exhibit in their dealings with non-Muslims. Prophet Muhammad was sent as “a mercy for all the worlds.”

We are commanded to visit non-Muslims when they are ill. In times of war, when we are being attacked by a non-Muslim aggressor, we are commanded in the Quran to bring food and provisions to any prisoner of war we might capture.

When the funeral procession of a Jewish man passed by where the Prophet had been seated, he stood up in respect. When asked about why he stood, the Prophet replied:

Is he not a human being? (Al-Bukhari)

The Prophet was not paying a visit to a prominent non-Muslim leader or official. The boy was just a servant. But the Prophet valued him as a human being.

These were the traits that the companions and successors learned from the Prophet, and it was due to these noble qualities that so many hearts were won to Islam.