“If you seek an unending glory, seek it not in a glory that ends.”

Glory means to be far above humiliation and lowliness before others. Hence, it differs from arrogance which stands for looking down upon others. While glory is commendable, arrogance is surely dispraised.

Man is naturally disposed for glory. Yet, he has a natural propensity for weakness as well. Allah Almighty says in His Ever-Glorious Quran, {…For man is created weak}. (An-Nisa’ 4: 28)

Hence, to practice and enjoy his glory, man needed assistance or one may say a fortress to protect him from falling into the abyss of humiliation and disgrace before others. While man’s weakness exposes him to humiliation, his innate character pulls him towards glory and hence one needs some sort of assistance to overcome this tug of war.

The question begging answering here is: what should one seek glory with to avoid falling into disgrace and lowliness before others?

There are many ways and means in life that may appear to protect man from humiliation and provide him with dignity and glory. Foremost among these are wealth, high standing, headship, ties with influential people, physical strength and the like of all known social ways and means.

However, can these social ways and means really preserve man’s dignity and honor and protect him against falling into humiliation and dishonor?

Ibn `Ataa’illah answers this question in the above amazing word of wisdom as he states that one should never hang-on to the ways and means of this perishable life as they will let one down in one way or another. The only thing that can help in this regard so as to keep one’s honor is to rely on the Creator of all ways and means, Allah the Almighty. 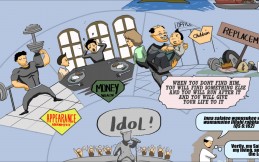 When You Lose Sight of Allah (Illustrated)

This is because all the vanities of the world that may look like ways and means are nothing but hosts in the Hand of Allah that function only according to His Divine Will. They are similar to ghosts with no power or might. They even can stop to exist if they are denied the Divine Supply. This includes all: wealth, authority, power, high rank and the like.

Thereupon, the only refuge is with Allah Alone as He is the Creator, the Doer of what He wills and to whom He wills. He says in His Ever-Glorious Quran,

So, if one has confidence in other than Allah, one will surely fall into the darkness of whims even though they may appear as having hope in the very beginning. Allah the Almighty says,

{Is not God enough of a Protector for His servant? Yet they who disbelieve would terrorize you with these (lifeless gods whom they worship) apart from Him}. (Az-Zumar 39: 36)

{Is not God enough of a Protector for His servant?}, is an all-inclusive and precise expression describing Allah’s Guardianship, Protection and Care for man who shows complete faith and reliance on Him Alone. {Yet they who disbelieve would terrorize you with these (lifeless gods whom they worship) apart from Him}, is an all-inclusive and precise expression describing the futility of all other whims and vanities with which some people may falsely believe they can find protection, power or influence.

Accordingly, upon searching for a firmly established refuge for one’s glory, man should seek a refuge that never collapses. In so doing, man should never seek refuge in things that exist today but can be lost the following day.

Wealth, for example, can be there today by Allah’s Will, but it may be lost the next day by Allah’s Order as well and then man becomes vulnerable to others’ glee and gloating. Similarly, one may be enjoying one’s social high standing on a day, but it may be restored by Allah on the next leaving one exposed to either others’ gloating or pity. Physical power is not an exception as one may feel his own strength and might until its Creator takes it back leaving one as weak and fragile. 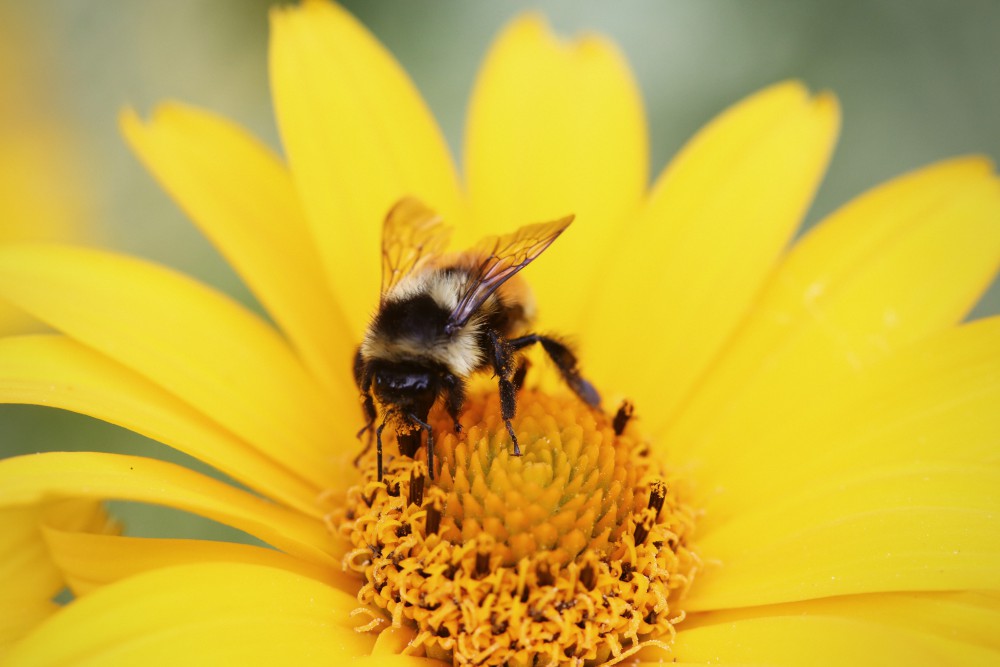 “In the Name of Allah,” All Universe Sings

If one takes a look at the society around him, one will definitely see many people who won glory once then they fell down into the abyss of humiliation and disgrace because of either loss of fortune, high rank, or strength. This is because all have hanged on to the ways and means while ignoring the Creator of all ways and means, Allah the Almighty.

Whoever sincerely seeks refuge with Allah and maintains complete submission to Him will surely be protected and immunized amid an aura of glory that never ends or vanishes no matter what takes place and regardless of the existence or nonexistence of the ways and means.

Nothing can prove this more than the words said by caliph `Umar to Abu `Ubaidah when `Umar traveled to Jerusalem in person to receive the submission of the city as Abu `Ubaidah blamed him for not being dressed well. To Abu `Ubaidah, that would damage the image of the victorious Muslims in the sight of the Byzantine prominent figures. Consequently, `Umar said:

“We are a people whom Allah has honored with Islam and if we seek honor in other than it, Allah will humiliate us (again).”

Given this, if the Muslim individuals as well as the whole Muslim Ummah want to rise again and rid themselves of disgrace, dishonor and humiliation, they should put into practice the above statement by `Umar and act accordingly. Allah says in His Ever-Glorious Quran,