Bismillah, “In the Name of Allah,” is the start of all things good. We too shall start with it.

Know, O my soul! Just as this blessed phrase is a mark of Islam, so too it is constantly recited by all beings through their tongues of disposition. If you want to know what an inexhaustible strength, what an unending source of bounty is Bismillah, listen to the following story which is in the form of a comparison. It goes like this:

Someone who makes a journey through the deserts of Arabia has to travel in the name of a tribal chief and enter under his protection, for in this way he may be saved from the assaults of bandits and secure his needs. On his own he will perish in the face of innumerable enemies and needs.

And so, two men went on such a journey and entered the desert. One of them was modest and humble, the other proud and conceited. The humble man assumed the name of a tribal chief, while the proud man did not.

The first travelled safely wherever he went. If he encountered bandits, he said: “I am travelling in the name of such-and-such tribal leader,” and they did not molest him. If he came to some tents, he received respectful treatment due to the name.

But the proud man suffered indescribable calamities throughout his journey. He both trembled before everything and begged from everything. He was abased and became an object of scorn.

My proud soul! You are the traveler, and this world is a desert. Your impotence and poverty have no limit, and your enemies and needs are endless. Since it is thus, take the name of the Pre-Eternal Ruler and Post-Eternal Lord of the desert and be safe from begging before the whole universe and trembling before every event. 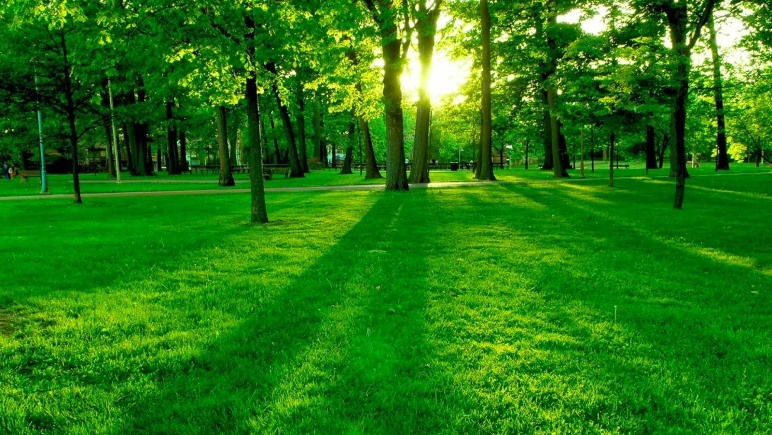 Allah’s Mercy and a World Full of Dangers

In the same way, all things act in the name of Almighty Allah, for minute things like seeds and grains bear huge trees on their heads; they raise loads like mountains. That means all trees say: “In the Name of Allah,” fill their hands from the treasury of mercy, and offer them to us.

All gardens say: “In the Name of Allah,” and become cauldrons from the kitchens of Divine power in which are cooked numerous varieties of different foods.

All blessed animals like cows, camels, sheep, and goats, say: “In the Name of Allah,” and produce springs of milk from the abundance of mercy, offering us a most delicate and pure food like the water of life in the name of the Provider.

The roots and rootlets, soft as silk, of plants, trees, and grasses say: “In the Name of Allah,” and pierce and pass through hard rock and earth. Mentioning the name of Allah, the name of the Most Merciful, everything becomes subjected to them.

The roots spreading through hard rock and earth and producing fruits as easily as the branches spread through the air and produce fruits, and the delicate green leaves retaining their moisture for months in the face of extreme heat, deal a slap in the mouths of Naturalists and jab a finger in their blind eyes, saying: “Even heat and hardness, in which you most trust, are under a command.

Question: We give a price to people, who are like tray-bearers. So what price does Allah want, Who is the true owner?

Answer: Yes, the price the True Bestower of Bounties wants in return for those valuable bounties and goods is three things: one is remembrance, another is thanks, and the other is reflection.

Saying, “In the Name of Allah” at the start is remembrance, and, “All praise be to Allah” at the end is thanks. And perceiving and thinking of those bounties, which are priceless wonders of art, being miracles of power of the Unique and Eternally Besought One and gifts of His mercy, is reflection.

However foolish it is to kiss the foot of a lowly man who conveys to you the precious gift of a king and not to recognize the gift’s owner, it is a thousand times more foolish to praise and love the apparent source of bounties and forget the True Bestower of Bounties.

Taken with some modifications from QuestionsOnIslam.com