She goes on to suggest that the sexual liberation that accompanied the gender revolution has in most cases harmed women more than men. “The sexuality that has been freed,” she writes, “is male sexuality.” Promiscuity harms women more than men: women continue to experience the momentous consequences of pregnancy, while the male body is unaffected. When the USS Acadia returned from the Gulf War, a tenth of her female crew members had already been returned to America because of pregnancy aboard what became known as the Love Boat. The number of men returned was zero.

Another consequence of the sexual revolution has been an increase in infidelity, and a consequent rise in divorce and single parenthood. Again, it is women who have shouldered most of the burden. “In 1971, one in twelve British families was headed by a single parent, in 1986 one in seven, and by 1992 one in five” (p. 202).

Another consequence has been the pain of solitude. “By the year 2020 a third of all British households will be occupied by a single individual, and the majority of those individuals will be female” (p. 250). One of the most persistent legends of the sexual revolution, that “testing the waters” before marriage helps to determine compatibility seems to have been definitively refuted. “Some of the briefest marriages are those that follow a long period of cohabitation” (p. 255). 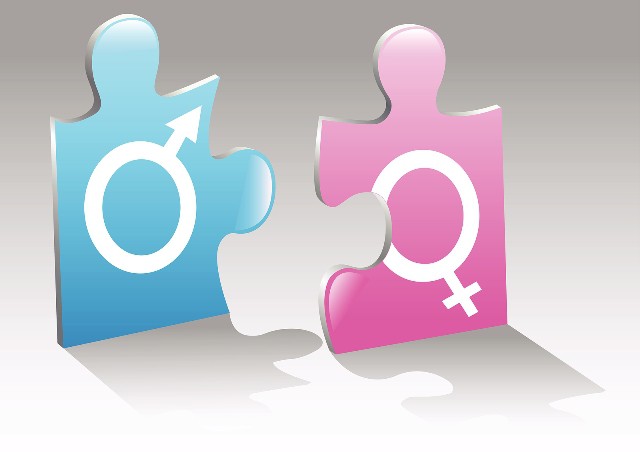 A further area in which women seem to have found themselves degraded rather than liberated by the new cultural climate is that of pornography. This institution, opposed by most feminists as a dehumanization and objectification of women (Otto Preminger once called Marilyn Monroe a “vacuum with nipples”), has not been chastened into decline by the feminist revolution; it has swollen into a thirty billion pound a year industry, populated by armies of faceless Internet whores and robo-bimbos.

As Greer remarks, “after thirty years of feminism there is vastly more pornography, disseminated more widely than ever before.” Pornography blends into the fashion industry, which claims to exist for the gratification of women, but is in fact, as she records, largely controlled by men who seek to persuade women to denude or adorn themselves to add to a public spectacle created largely for men. (Many fashion designers, moreover, are homosexual, Versace only the most conspicuous example, and these men create a boylike fashion norm which forces women into patterns of diet and exercise which constitute a new form of oppression.) Cellulite, once admired in the West and in almost all traditional societies, has now become a sin. To be saved, one “works out.” Demi Moore pumps iron for four hours a day; but even this ordeal was not enough to save her marriage.

Greer and other feminists identify the fashion industry as a major contributor to the contemporary enslavement of women. Its leading co-conspirator is the pharmaceuticals business, which, as she says, deliberately creates a culture of obsession with physical flaws: the so-called Body Dysmorphic Disorder which is currently plumping out the business accounts of doctors, psychiatrists, and, of course, the cosmetic surgeons. As Dolly Parton says, “It costs a lot of money to look as cheap as I do.”

The world’s resources are gobbled up to service this artificially-induced obsession with looks, fed by the culture of denudation. And perhaps the most repellent dimension is the new phenomenon of hormone replacement therapy, billed as an anti-aging panacea. The hormone involved, estrogen, is obtained from mares: in America alone 80,000 pregnant female horses are held in battery farms, confined in crates, and tied to hoses to enable their urine to be collected. The foals that are delivered are routinely slaughtered.

The consequences of the new pressures on women are already generally known, although no solutions are seriously proposed. Women, we are told by the old school of feminists, today lead richer lives. However, it is also acknowledged that these lives often seem to be sadder. “Since 1955 there has been a five-fold increase in depressive illness in the US. For reasons that are anything but clear women are more likely to suffer than men,” (p. 171) while “17 percent of British women will try to kill themselves before their twenty-fifth birthday.”

This wave of sadness that afflicts modern women, which is entirely out of keeping with the expectations of the early feminists, again has brought joy to the pharmaceuticals barons. Prozac is overwhelmingly prescribed to women. (This is the same anti-depressant drug that is routinely given to zoo animals to help them overcome their sense of futility and entrapment.)

Greer concludes her angry book with few notes of hopefulness. The strategies she demanded in the 1960s have been extensively tried and applied; but the results have been ambiguous, and sometimes catastrophic. What is clear is that there has not been a liberation of women, so much as a throwing-off of one pattern of dependence in exchange for another. The husband has become dispensable; the pharmaceutical industry, and the ever-growing army of psychiatrists and counselors, have taken his place. Happiness seems as remote as ever.