Picture a successful architect, lawyer, professor, or any other professional. A common image would include a person with eyeglasses or invisible contact lenses, wearing a properly tailored, neatly pressed grey suit – a suit that hangs on a physically fit body.

Whether or not it is socially just, a common stereotype is that a successful person has a physically fit body.

The idea is ancient, perhaps descending from the famous Greek philosophy of all times:  ‘mens sana in corpore sano’, or ‘sound mind in a sound body’.

Have ancient Greeks undergone years of scientific research to reach this idea? Probably not.

And only in the past decade have scientists really attended to researching this effect on children.

We all want to raise successful kids, and our focus is mainly on their intellectual development. We also want our kids to be healthy and physically fit. These two wishes, as parallel as they may seem, do cross paths at an early stage of childhood.

No. Science has not yet proven that physical activity promotes general intelligence. However, a growing body of research shows that exercise can foster children’s cognition, particularly those processes related to the ‘executive functioning‘ (EF) of the brain.

EF is a term that describes all the mental processes that allow a person to supervise, organize and control behavior, including the ability to plan and select strategies to reach certain goals.

MRI scans that examined the effects of exercise on children’s brains showed that exercise lead to an increased activity in the brain’s prefrontal cortex, the area responsible for decision making, correct behavior, and complex thinking, all of which are parts of the brain’s EF.

Contemporary studies show that EF develops rapidly during early school years. From an evolutionary perspective, starting at the early stages of infancy, humans use physical movement to adapt to their surroundings and anticipate outcomes of their behaviors.

As a child’s brain system develops so does his ability to self-regulate his behavior, and the extent of this regulation is an indication for his readiness for elementary school.

The relationship between physical activity and better mental functioning remains a complex one.

Drawing solid conclusions about this relationship is difficult, due to the difference in intensity, duration, and frequency of exercises included in research studies, as well as the different types of tests employed to measure effects on cognition and academic achievement.

Interestingly, the first studies were based on the assumption that physical activities overtly rouse children and may thus have a negative impact on their academic performance.

The effects have been detected even in children below five years. A three-year study conducted in Australia revealed that children who participated in an early years swimming program showed increased cognitive and language advancements than children who did not participate, regardless of differences in gender or social background.

It might be that obesity causes lower IQ, or it might be that lower IQ results in obesity. It is still unclear which is the cause and which is effect. However, 26 studies about this relationship were reviewed, and results show an inverse relationship between IQ and obesity in children.

A growing number of studies also associate children obesity with poorer academic performance. Thus, a possible solution for improving an overweight child’s mental abilities may be through having him spend more hours on a treadmill or in a pool rather than at his desk. 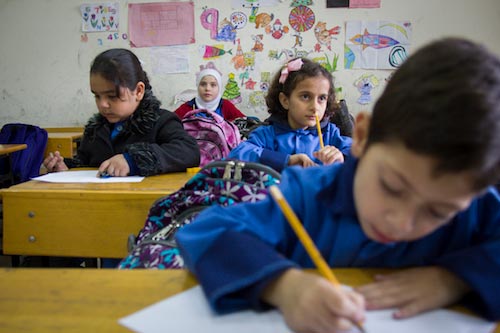 Not many can afford to join sports clubs or purchase workout equipment.

Furthermore, it is the planned, chronic, goal-setting physical activity that actually promotes intellectual development in children.

With the increasing pressure to improve standards of academic education, schools have spent less time and fewer resources on physical education.

While schools’ administrators and policy makers may acknowledge the importance of physical activity in children’s physical health, there is a need to raise their awareness about its importance for children’s mental health as well.

In a period where child obesity and inactivity is an epidemic, calls should be made for schools to include vigorous physical activity as part of their everyday schedule.

The importance of physical activity for children cannot be over stated. As discussed, those activities not only optimize physical fitness and reduce chances of obesity, but also facilitate children’s mental development, which translates to better academic achievement and in turn, a more promising future.

Success in physical activity undoubtedly improves a child’s self-concept, esteem, and efficacy. By encouraging kids to exercise we can fulfill both our wishes: having children who are both physically fit and smart, along with the extra bonus of them being confident and content.

So if your child gets tired of studying, get him to jog or swim. This physical activity may be just as beneficial for his test scores as the extra hours spent with his books.